True Life on the Road: What to Do When Your Cat Can’t Poop (Cle Elum, Washington)

Most people know that we travel with our dog and two cats, Avi (pronounced Ah Vee) and Miso (Mee So). When we first hit the road in 2012 we had Cleo, our 13 year old Basenji, who sadly passed away while we were in Hot Springs, Arkansas, and we recently adopted a new dog, Nellie. But this post isn’t about dogs. Nope. It’s about cats…particularly a cat who can’t poop.

As soon as I adopted Avi I decided to leash trained him so we could go for walks around my apartment complex. I would also put him in my old Mazda and take him to work with me. He loved it, especially since I had a big window in my office which overlooked the customer greeting area. Avi would lay in his bed set in the window and get all the attention he felt he deserved.

Miso, well, she’s a cat of another color (literally & figuratively). She has a leash but isn’t a fan of it, at all. More often than not she throws herself onto the ground and ends up getting carried during our walks.

But it turns out that both cats adapted to the RV lifestyle rather quickly. When we’re traveling there’s no howling, not much vomiting (we’ve learned not to feed them a lot on the mornings we are moving) and they seem to still love us even after we drive down winding, bumpy roads. As a matter of fact, they both fall asleep minutes after going into their kennel and remain asleep until we stop a few hours later. (We have a kennel we seat belt onto the couch that they travel in. It keeps them safe from our slides and allows us to go in and out of the RV as we do our prep work without worrying about them darting out of the door.)

Yes, our cats travel like a dream and provide us with lots of happiness and entertainment (check out the video above for some of Avi’s antics). But there is one minor issue. Avi’s pooper. It turns out that Avi gets nervous about a couple of things…like thunder, lightening, fireworks, hard rain and/or hail and pretty much any loud noises. He’s also not a fan of back to back travel days. We’ve found out that these things can cause him to be constipated. And a constipated cat is not a fun travel companion.

We were going to overnight in Cle Elum, Washington (on our way to Seattle) when the pooper problem hit. Once we recognized the signs (this was the second incident since we hit the road in 2012. The first time was in Clebourne, TX) we knew we’d have to find a veterinarian and get him checked out. Thankfully, we were able to extend our stay at Whispering Pines RV Park and find a great local vet (Cascade East Animal Clinic) who could see Avi right away. 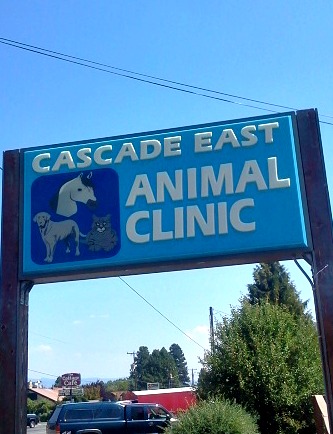 We had to leave Avi at the vets for the day for a kitty enema and full check up and decided to make the short trip to the small town of Roslyn while we waited for the phone call to come pick him up. You might remember the television series Northern Exposure about a New York City doctor who moves to a small Alaskan town? Well, the exterior scenes of the fictional Alaskan town (named Cicely in the TV show) were actually shot in Roslyn, Washington. Founded in 1886 as a coal mining town, it’s maintained much of it’s 19th century charm and was the perfect backdrop for the series.

Since the town is really small it doesn’t take long to hit up all of the well-known spot. The first being the iconic Roslyn’s Cafe sign.

Another filming location we checked out was The Brick. First opened in 1889 it was rebuilt in 1898 with 45,000 bricks, which is how it got it’s name. It also happens to be the oldest bar in Washington. Since it was the middle of the afternoon on a Tuesday we did what anyone would do…we had a cocktail. 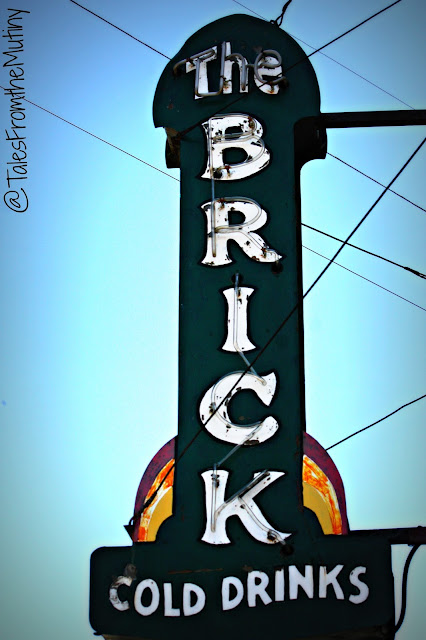 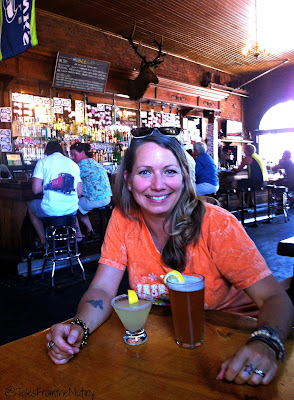 It’s a cute town with a lot of coal mining history. The old railroad tracks were removed and converted to a historic walking trail, called the Coal Mines Trail, that runs the 5 miles between Cle Elum, through Roslyn and ends in Ronald. Since we were on our way to Seattle and found ourselves with an unexpected vet bill we didn’t check out the local restaurants or shops but we did enjoy this random Marlon Brando mural in Roslyn. 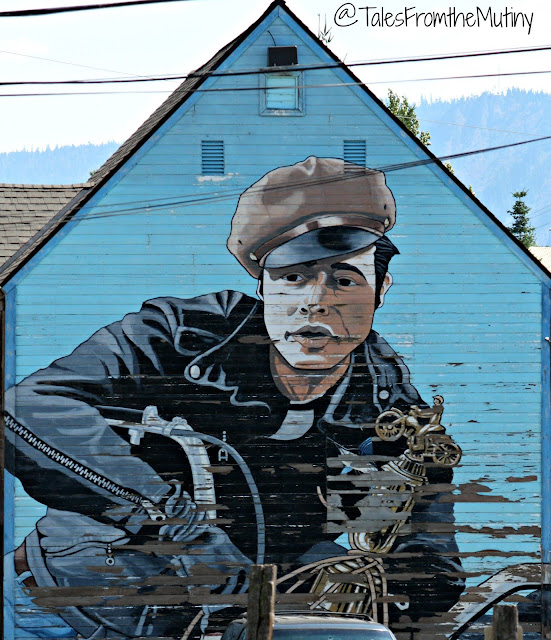 It turned out that Avi was going to be fine. We got the call that he finally pooped and was ready to go home. Since then he’s had a few more episodes but, after watching the vet administer the enema and doing some research, I figured out how to safely treat him at home (saving about $145 a pop). It seems that Avi going poop has become a pretty big event in the Mutiny.

Just an FYI: We’d been advised by three vets to switch Avi to an all canned food diet (they claimed all cats should be on a wet food only diet) and have been experimenting with the right one for quite some time. At first he wouldn’t eat canned food at all and we had to force feed him with a syringe. I ended up having to feed him baby food (like pureed chicken and turkey) before he would finally eat canned cat food. But we’ve recently come across a brand of cat food that seems to agree with his system. It’s called Whole Earth Farms. He also does well on I and Love and You brand. He loves both of them and (knock on wood) we’ve not had an incident since he was started on it.

Poor Avi. A trip to the vet for an enema can't be all that fun. That's some pretty expensive poop too. 🙁

Your cats are gorgeous. I especially love Miso's patches.