I knew I’d have to write this post one day…Hot Springs National Park, Arkansas. It’s a beautiful place…one we really loved…but it’s also where we lost our beloved fur-baby, Cleo. Here goes nothing…

Our good friends, Jason and Kristin Snow (aka The Snowmads), happened to be staying at Gulpha Gorge Campground in Hot Springs, Arkansas while we were in Little Rock. After messaging back and forth we decided we’d head on over and hang out with them for a few days before thy moved on.

Hot Springs National Park is kind of unique because it’s in an urban area and consists, basically, of old, historical buildings called Bathhouse Row. These buildings housed facilities used by people seeking cures from their ailments in the natural, mineral rich hot water. The springs had been used for thousands of years by native peoples but once “discovered” by the new inhabitants (us) they were capped and the mineral rich hot water was funneled into pools. Savvy entrepreneurs could then charge a fee to enjoy what was once free. In 1862 Congress declared the Hot Springs a “reservation”, becoming a protected “national park” 40 years before national parks existed. 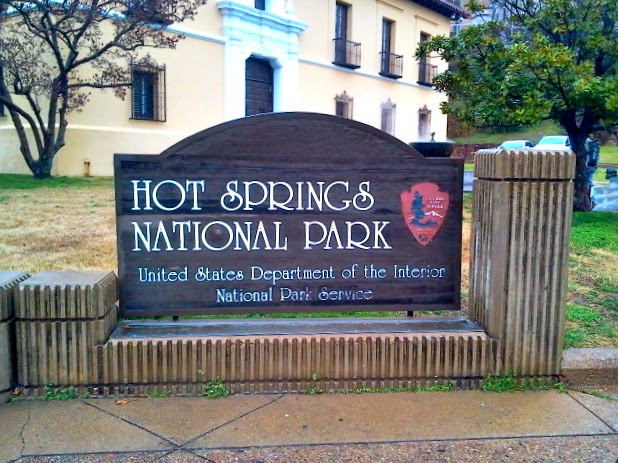 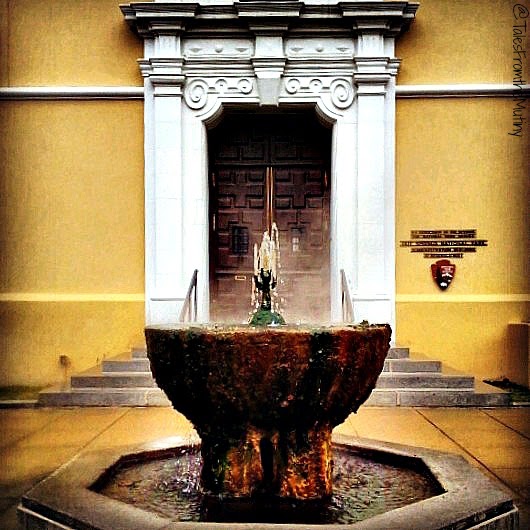 The city has a colorful history filled with stories of speakeasies, gangsters (like Al Capone), professional baseball training camps and horse racing (still very popular). Many of the buildings, including the 8 bathhouses, are preserved by the National Register of Public Places and perfect examples of the art deco style. 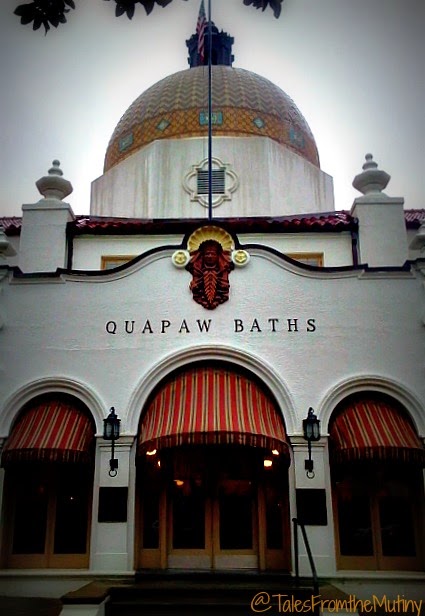 The architecture is wonderful and touring the interior is like stepping back in time (or on to an old movie set). The only way to enjoy a soak now is to pay. The four of us enjoyed at soak at Quapaw Baths & Spa for $18 per person. Quite pricy but, hey…it wouldn’t make sense to visit Hot Springs National Park without getting a little wet, right? It was really quite nice and they have a variety of pools, all at different temperatures so you can cool off and enjoy them for longer. They also have fruit and mint infused water available to stay hydrated. 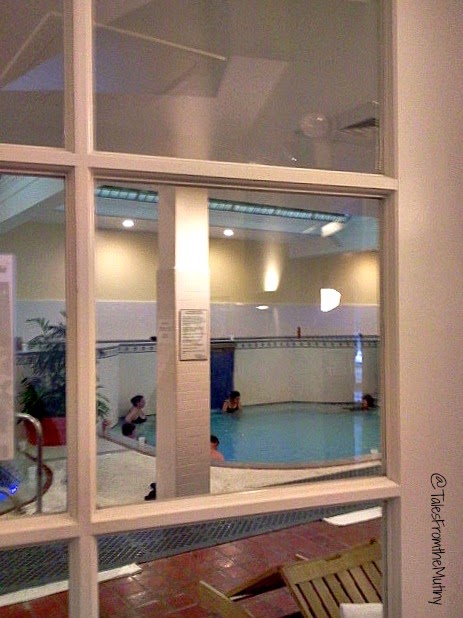 We enjoyed a night out with Kristin and Jason which included a bite to eat (and some beer) at Superior Bathhouse, Hot Springs’ first craft beer tasting room, as well as cocktails at the Ohio Club which is the state of Arkansas’ oldest bar. Unfortunately, I don’t have any photos of these places…but they’re great…so be sure to check them out. 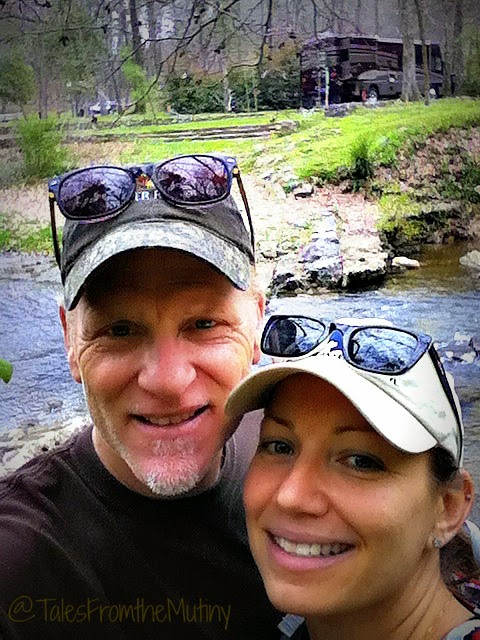 We soon had to say farewell to our friends and while we were sad to watch them leave we didn’t hesitate to snag their creek side site. Our dog, Cleo, was quickly fading from kidney failure (we’d had her to the vet in Little Rock for tests after she lost her appetite) and we wanted to have some private space to lay in the sun with her during her last few days.

Cleo had turned 15 the previous December…which is pretty old for any dog let alone a Basenji. When we first hit the road we’d found out that she had a heart defect which, thankfully, hadn’t really affected her throughout her life. But once she got sick in Little Rock it was clear that she wouldn’t survive the multitude of tests and procedures that one vet had suggested. We’d learned enough though…that her kidneys were failing, which is not rare for this breed. Soon she quit eating and became extremely lethargic.

When we moved to Hot Springs we had hoped she would rally but that didn’t happen. Jason and Kristin visited with her and we all spent lots of time loving on her. But ultimately, on March 31, 2014 we knew it was time to let go. Thankfully, we were able to find a compassionate veterinarian in town who confirmed our decision and helped us with this horrendous day.

We had a huge outpouring of love, prayers and support from our friends, family, followers, fellow RVers and online community. It was simply amazing to physically be all alone, in a strange city, but to not really feel alone. For that, we are forever grateful. A piece of our heart will always be attached to Hot Springs now.

Because we chose to have Cleo cremated it was necessary to extend our stay at Gulpha Gorge Campground to wait for her ashes to be delivered. We tried to make the best of it and kept even more active because being in the RV just reminded us of Cleo.

We went on hikes:

We walked the Grand Promenade: 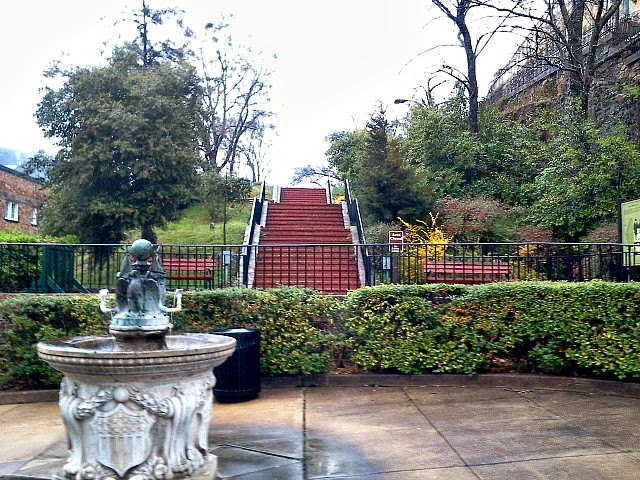 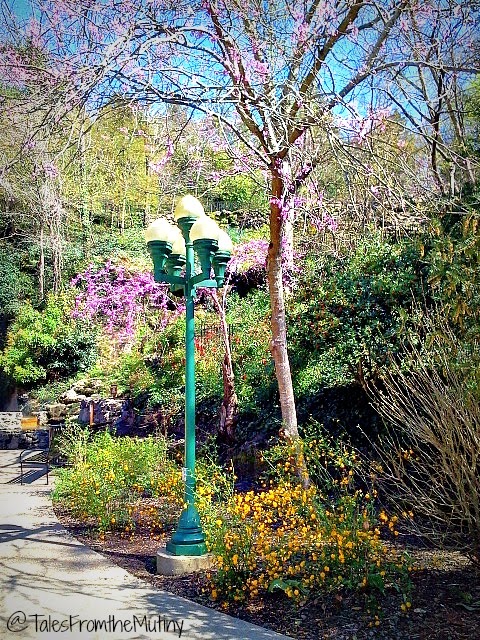 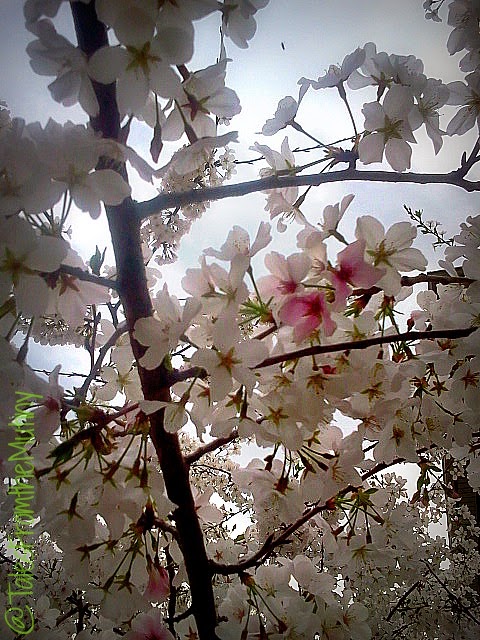 We attempted to drown our sorrows with tequila and guacamole at the fabulous Rolando’s Nuevo Latino Restaurante:

When that failed we went to upstairs to the Speakeasy to drink some more: 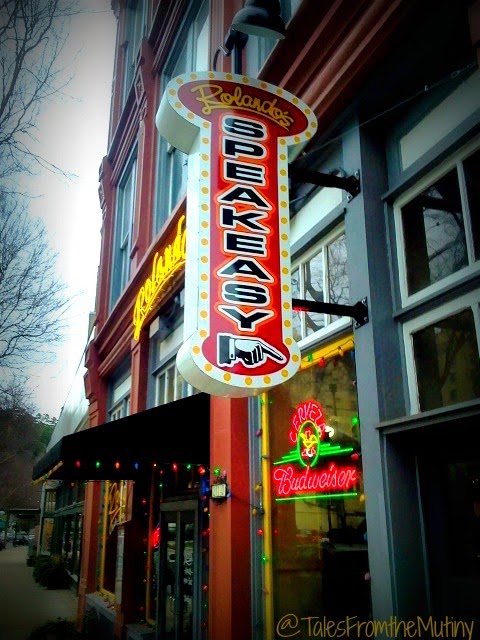 Clark even met up with an old friend who had moved to the area and drove out to visit us: The highlight of our extended time in the area was a trip to the gorgeous Garvin Woodland Gardens.We spent hours walking through fields of flowers, the Japanese Garden, over bridges and to the bird sanctuary. {these gardens are worth the price of admission and should not be missed}: 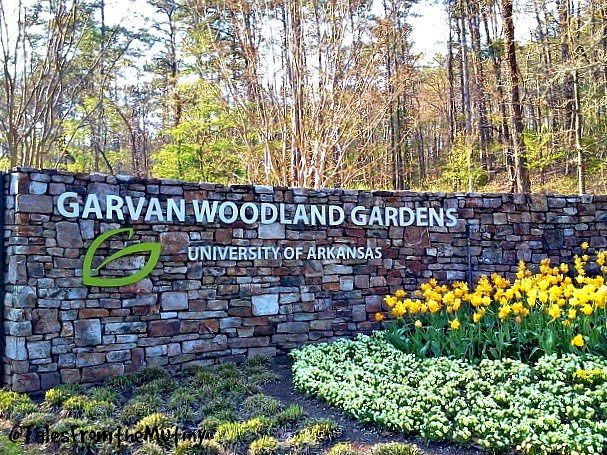 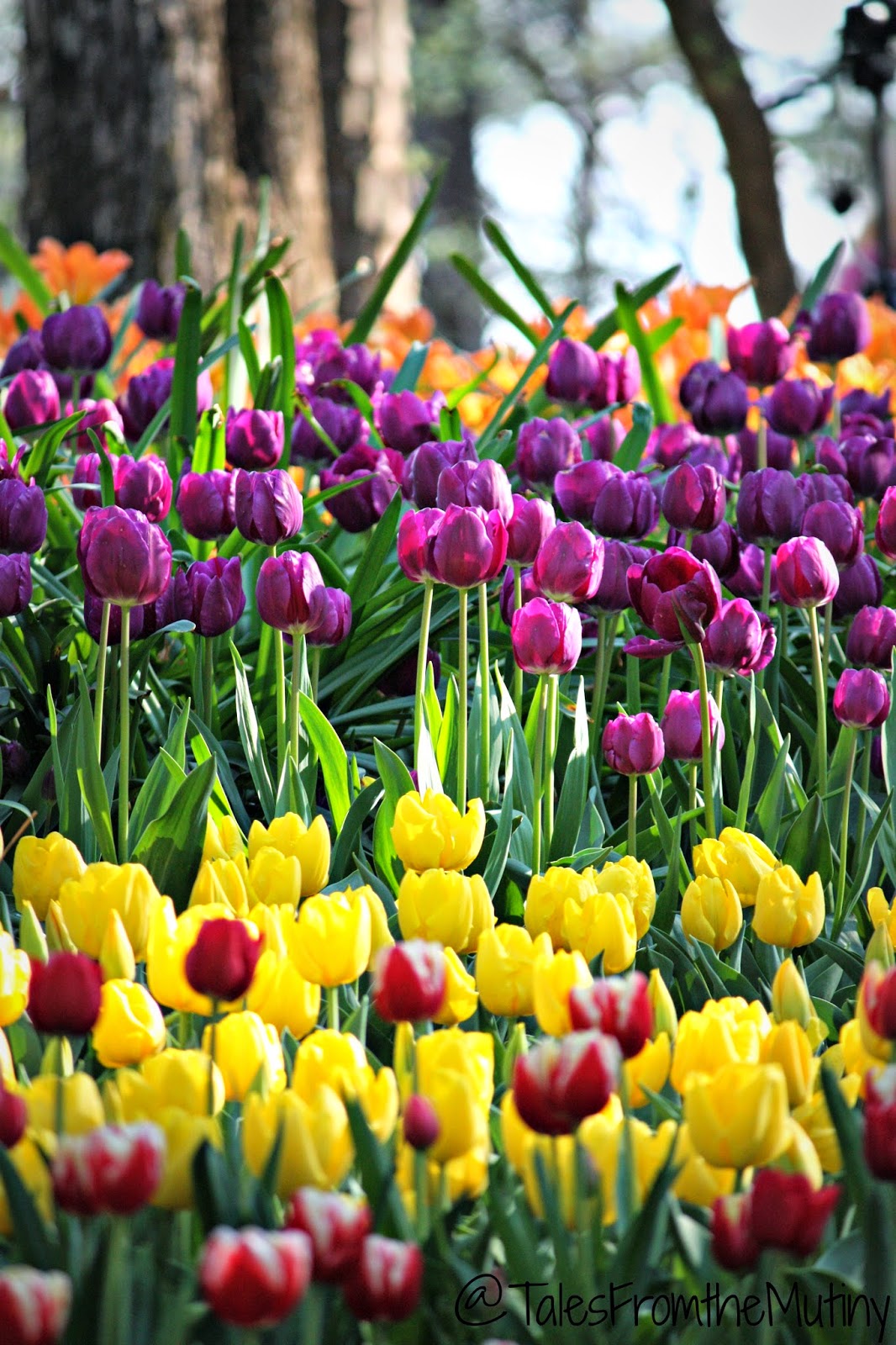 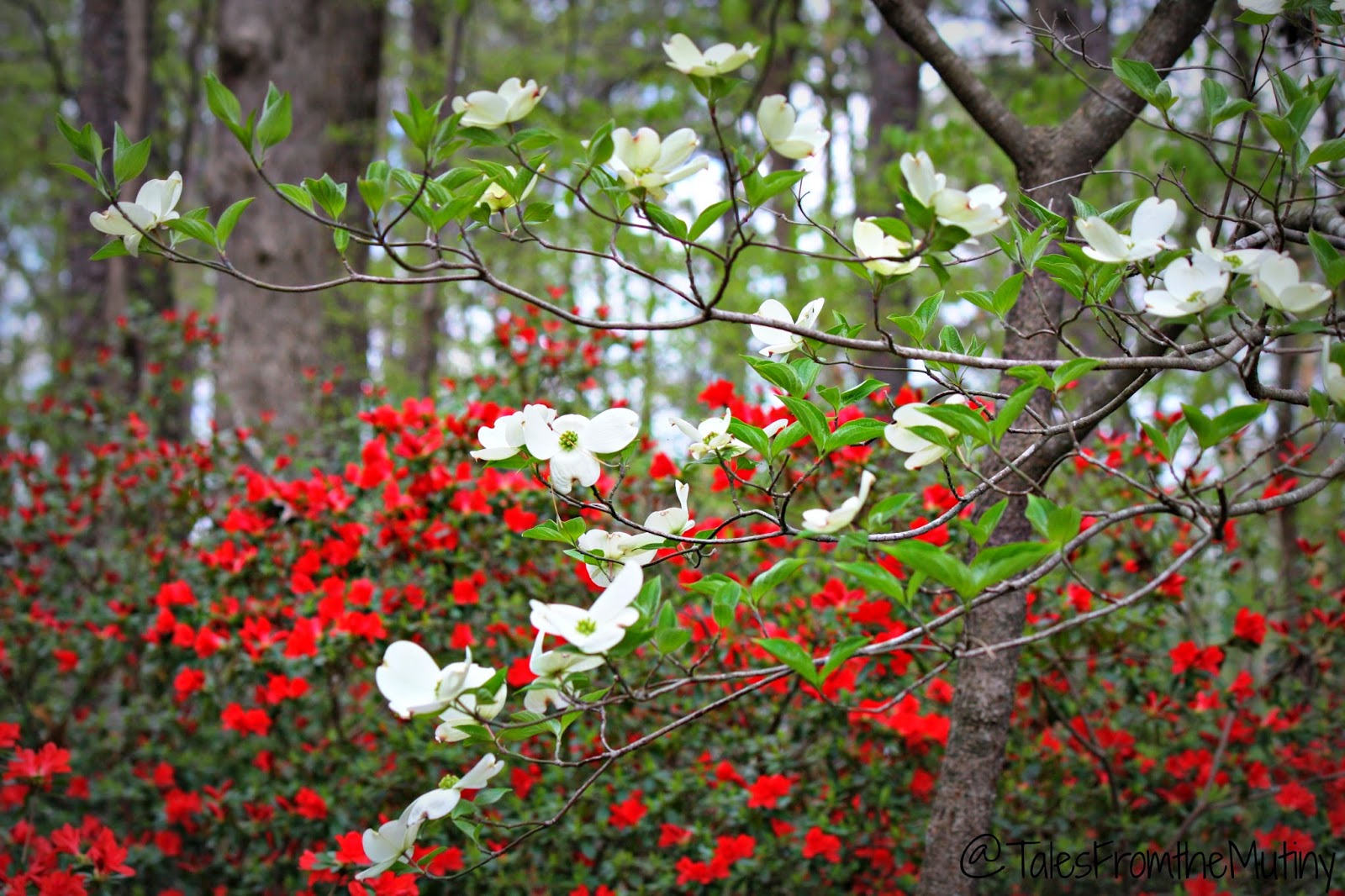 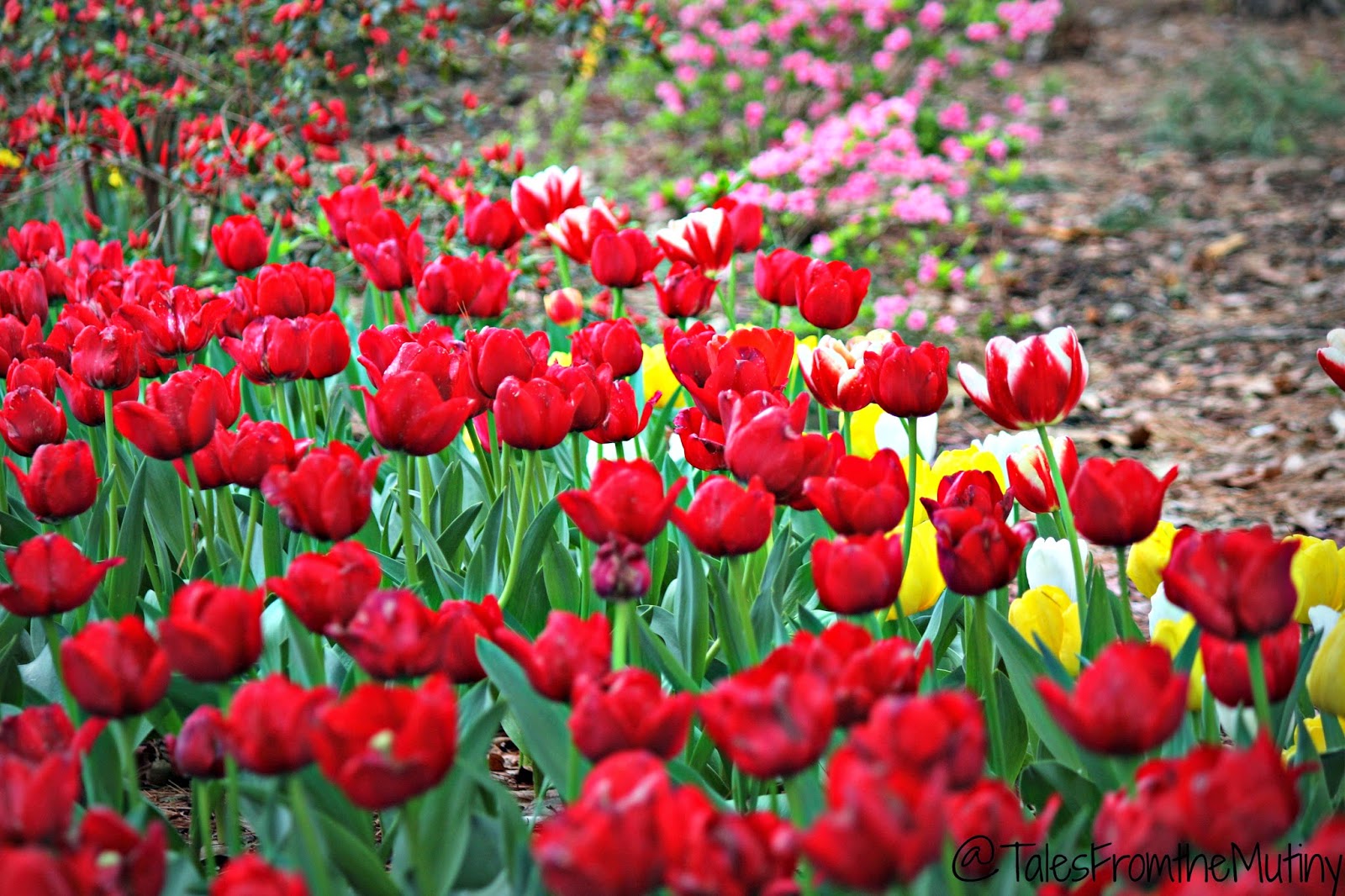 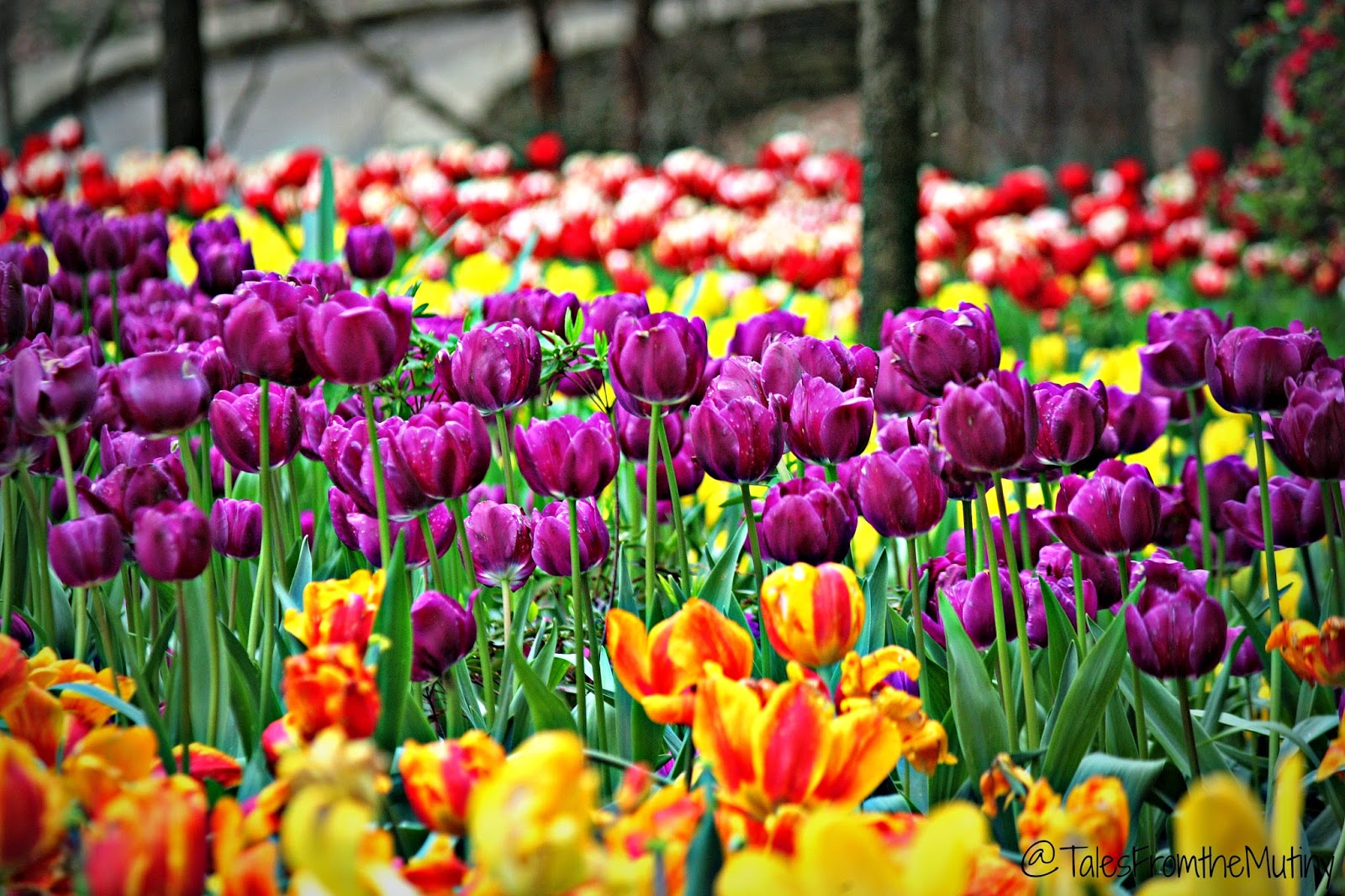 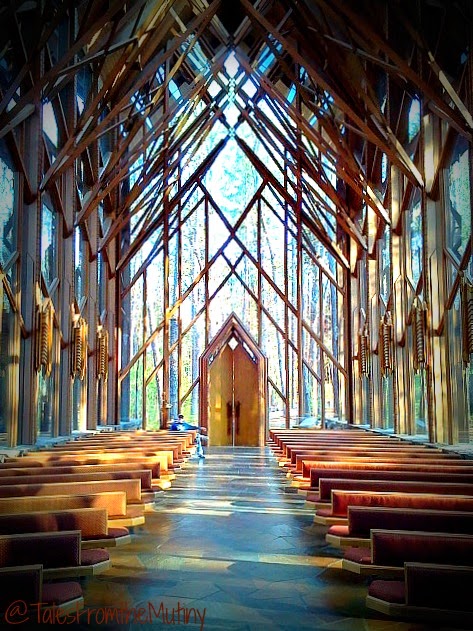 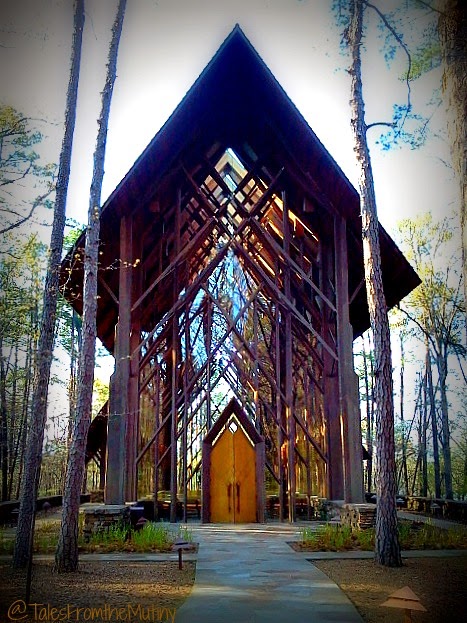 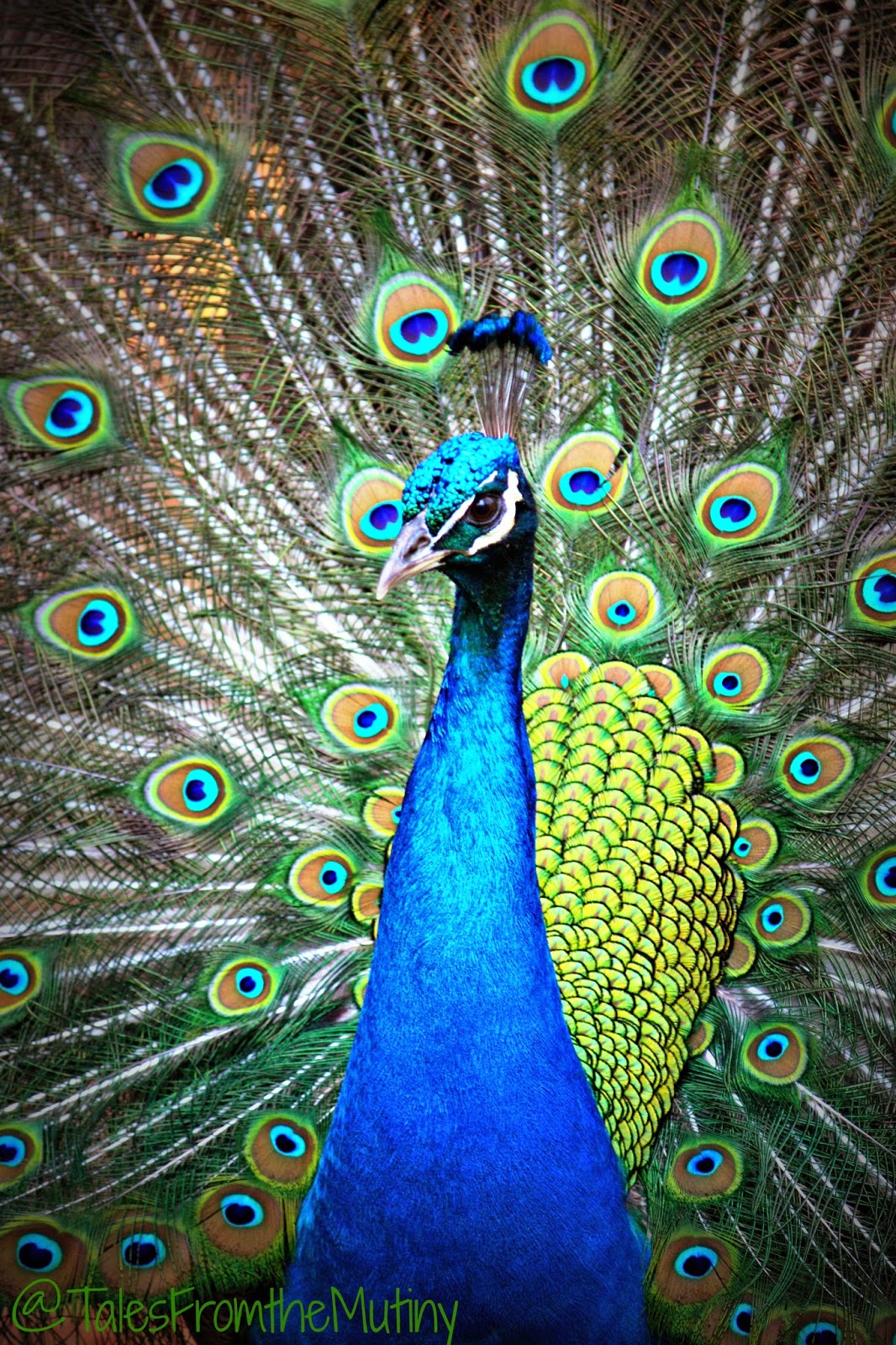 But no matter how hard we tried nothing would take away the pain and sadness of losing our little Cleo. Time has helped for sure…but even writing this, almost a year later, brings tears to my eyes. It was bittersweet and beautiful to be in Hot Springs during her passing…I suppose it beat being in an ugly old town where beauty would be even harder to find.

We dearly miss her and will one day have another dog. In the meantime, we are loving on our two cats, Avi and Miso, while we take advantage of this new freedom we have from being dog-less. As much as having Cleo as a companion and family member, there were many times that we had to cut visits short or miss out on adventures that would keep us from fulfilling our responsibilities of being part of her pack. Don;t get me wrong, we don’t regret any of it…but we’ll be waiting a long while before we make a similar commitment.

True Life on the Road: What to Do When Your Cat Can’t Poop (Cle Elum, Washington)
November 2, 2015
The Mutiny Follows the Trail of Rooster Cogburn {Fort Smith, Ar}
February 19, 2015
Lovin’ Life in Little Rock, Arkansas
February 7, 2015

Thank you so much Ellen…one day we'll come across the perfect "new" companion and create new memories…but, of course, Cleo will always be with us in spirit.

That's so true…Clark is a dog whisperer (and now cats too)…and we enjoy making new fur-friends (and people too) where ever we go. =)

So sorry about Cleo! So sad to lose a beloved pet who I'm sure brought much joy and happiness to your lives. Take care – Ellen

I can understand why you put off writing this. Clark is good at making friends – Belle fell for him immediately. Your post and pictures almost lure me to visit Arkansas…

Thanks Kerensa…it was tough (and still is sometimes)…but I'm glad she had a beautiful spot to lay in the sun and warm days to comfort her.

This brought a tear to my eye. I'm glad you had some good places to distract you and drown your sorrows.