At Home in the Poconos

When I was young I had no idea how lucky I was to have both of my parents grow up near the Poconos. My dad’s family had farmed on the outskirts of Stroudsburg, Pennsylvania and my mom was raised in Kunkletown a few miles away. I was raised an Air Force brat, having been born in Japan and then dragged around the United States my first 23 years. But one thing my dad was good at was taking my sister and I back to “home” to visit our extended family.

I have fond memories of Christmases and Fourth of July’s spent either sledding down the hill behind the old Buzzard house (well, except for the one time my sister crashed our sled into a tree, my face taking the brunt of the impact) or camping in the summer along McMichaels Creek a few hundred yards behind my dad childhood home. This was true country living…no neighbors for miles (and even they were likely to be other members of the Weber clan) along a hardly maintained county road.

Grammy was a depression era cook so many of our meals were made from whatever was on hand. I helped her make soup from the parts of the garden vegetables most people throw away…carrot tops and peels, turnip tops, onion skins, chicken carcasses and the like. I also remember eating venison, rabbit and even chicken fried squirrel. Of course this was long before I became a vegetarian but I still shudder to think of it. We made shoofly pie and lentil soup, picked tiny wild strawberries for homemade jam and blackberries for pies. Life was good. 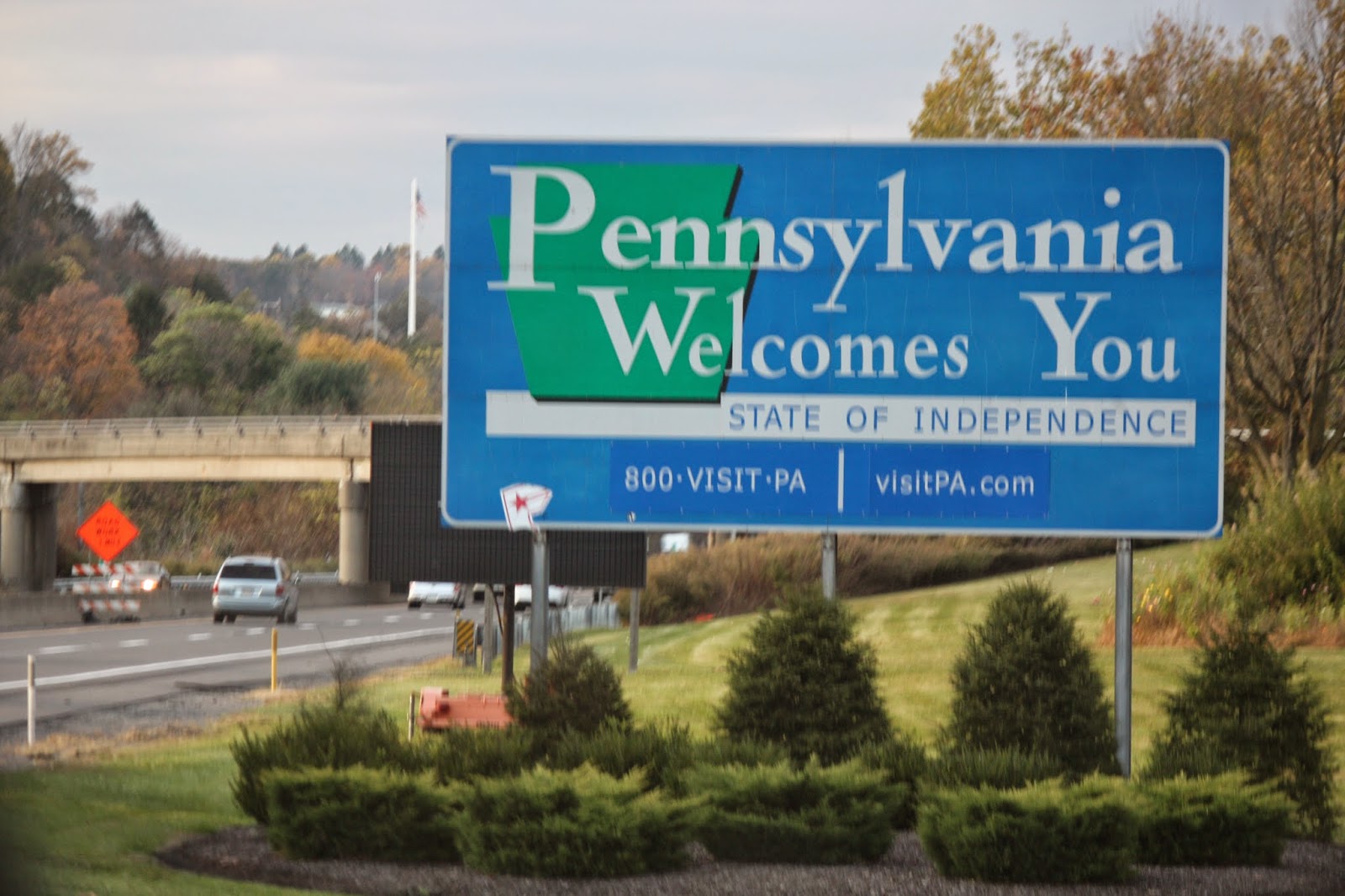 Finding that our travels would have us passing through Pennsylvania there was no doubt that we would make time to stop and visit relatives that I hadn’t seen in ten years. Ten years! How does that happen?? One reason is that the old system…the “American Dream” we are all so familiar with, doesn’t really care about family other than to pressure us into thinking we can buy material goods to bring happiness into our lives. I was “given” 2 weeks of paid vacation from a job I gave over 60 hours a week to. Unpaid vacation was discouraged with phases like “you’ve already used up your 2 weeks of vacation” as if taking time off without pay was impossible.

So, with only 2 weeks of vacation to spend out of 52 per year how on earth could I decide where to spend them. Do I go to Alabama to visit my parents where they had retired? Do I go to Pennsylvania and visit aging grandparents while there was still time? Do I visit my sister in whatever state the Army had decided to send her? Or how about my childhood best friend in the DC area? What if I really wanted to take that camping trip to Yosemite or Burney Falls or Bodega Bay? Do I go to Cabo for my friend’s 40th birthday or go ‘home’ for Christmas? Or maybe I shouldn’t even take my vacation but instead, cash in my days to pay off an unexpected debt incurred to fix my car.

When Clark and I got together the problem was compounded because he too had friends and family spread throughout the U.S. The decision to go fulltime has actually made it possible to visit practically everyone. Of course not having jobs (other than a little freelance writing that I do online) has been a huge help too but after meeting so many fulltimers who are still working while they travel I suspect this lifestyle has helped many others reconnect with friends and family. 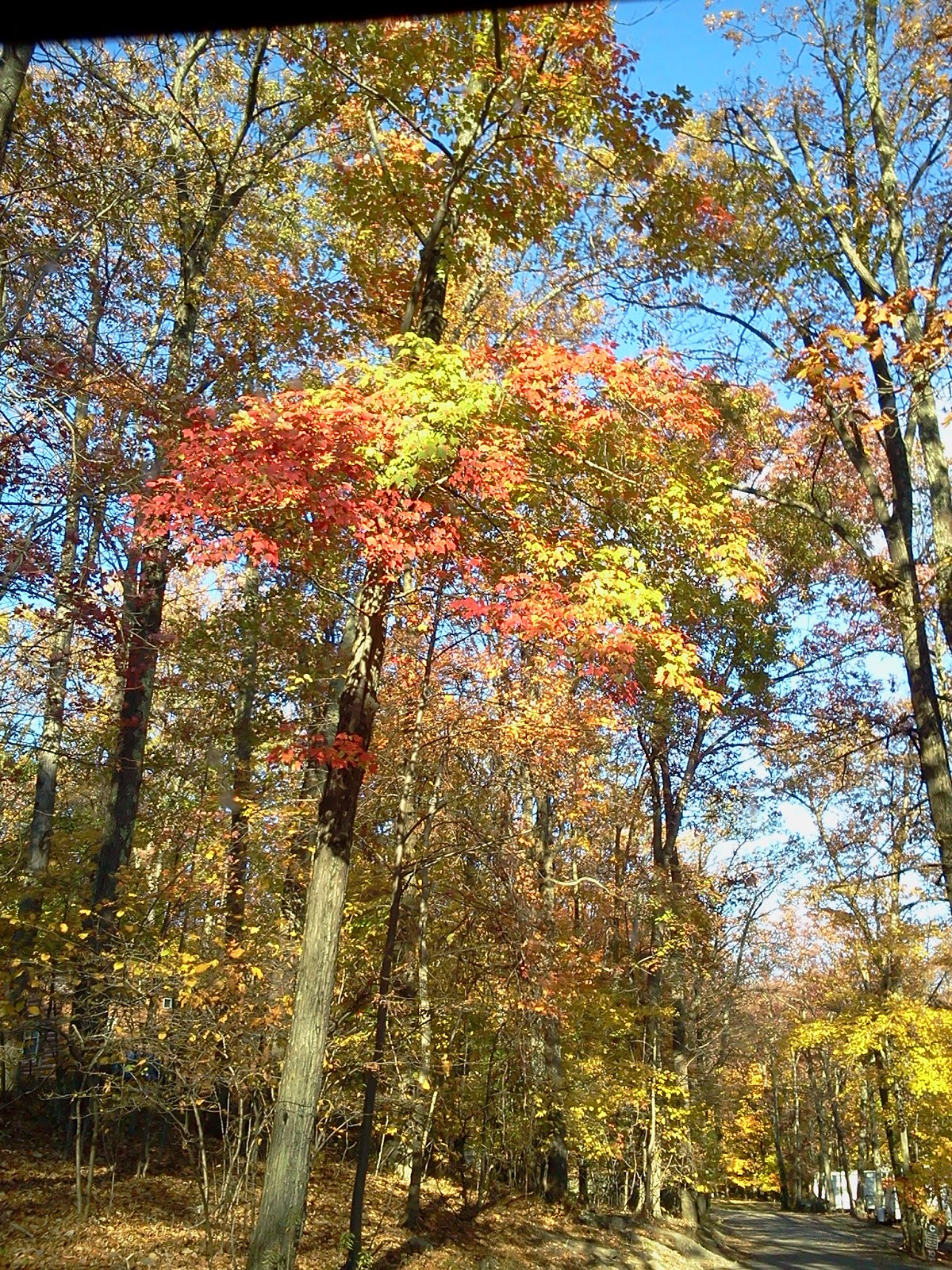 We stayed in Scotrun RV Resort which accepted Passport America and was situated halfway between family members on top of Mt. Pocono and those in Stroudsburg. When we booked it I hadn’t realized that it was only a couple of miles down the road from the riding stables I had worked at after high school (I had graduated from Eielson High in Alaska and promptly moved to Stroudsburg to live with my Grammy and Aunt Bea…it lasted 9 months. I then moved to Southern California to train horses).

I also had the pleasure of stopping in the diner where I learned all of my wonderful waitressing skills. My Aunt was the cook and gave me a crash course on the lingo, making me very successful at a job that paid $2.18/hour (plus tips).

And we had to stop by the McDonald’s where I am proud to say I worked only one day before I came to my senses and said NO!

This was my first visit to the area since my dad died. It was strange yet comforting to take in the surroundings while thinking of him. Although I had been in the Poconos many times before I don’t remember it being quite so beautiful. Perhaps it’s because I was missing my dad and therefore tried to see things through his eyes…as he would have when he was just a boy. Everywhere I turned I was taken aback by the stunning beauty, colors and peacefulness. 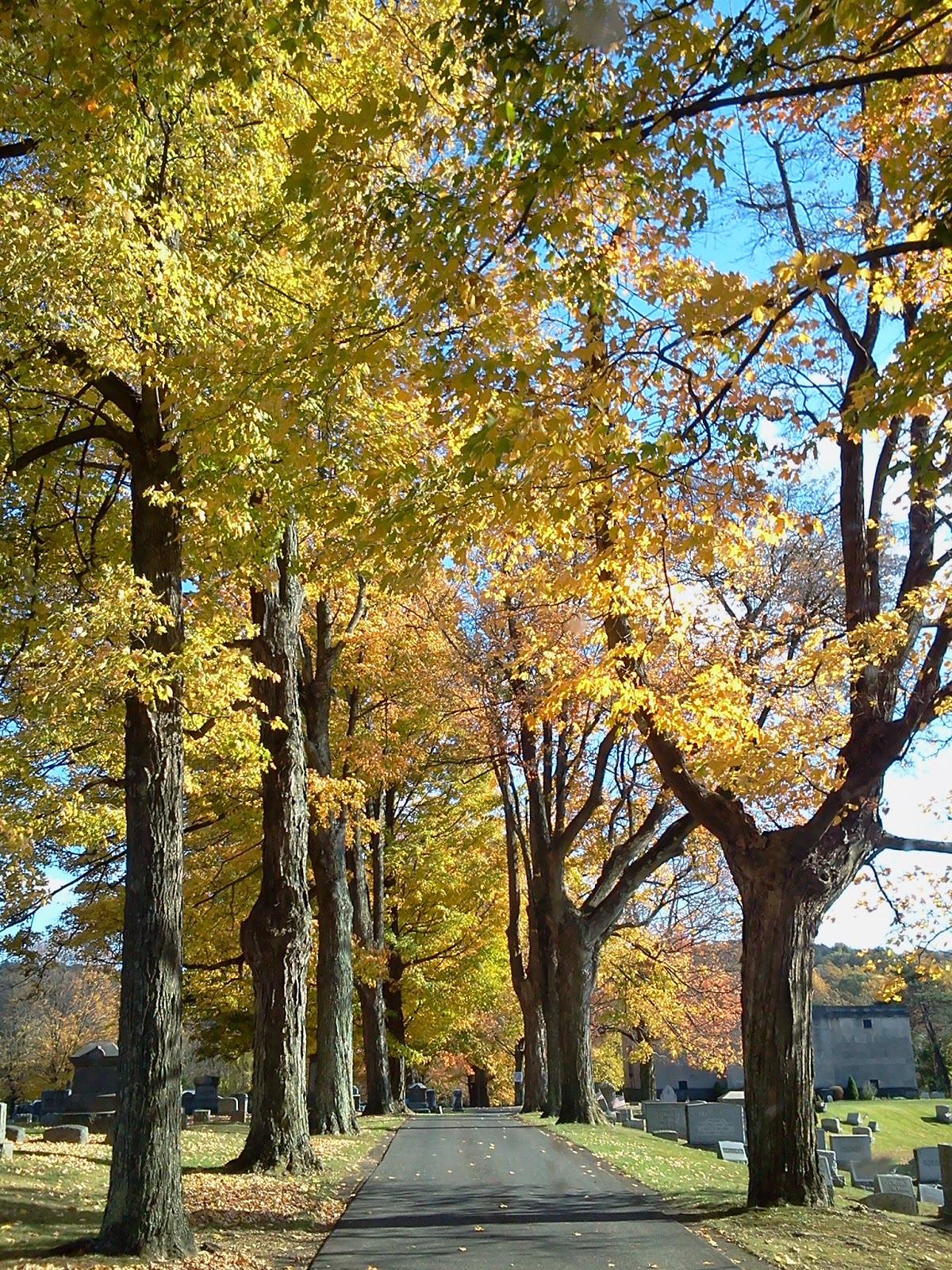 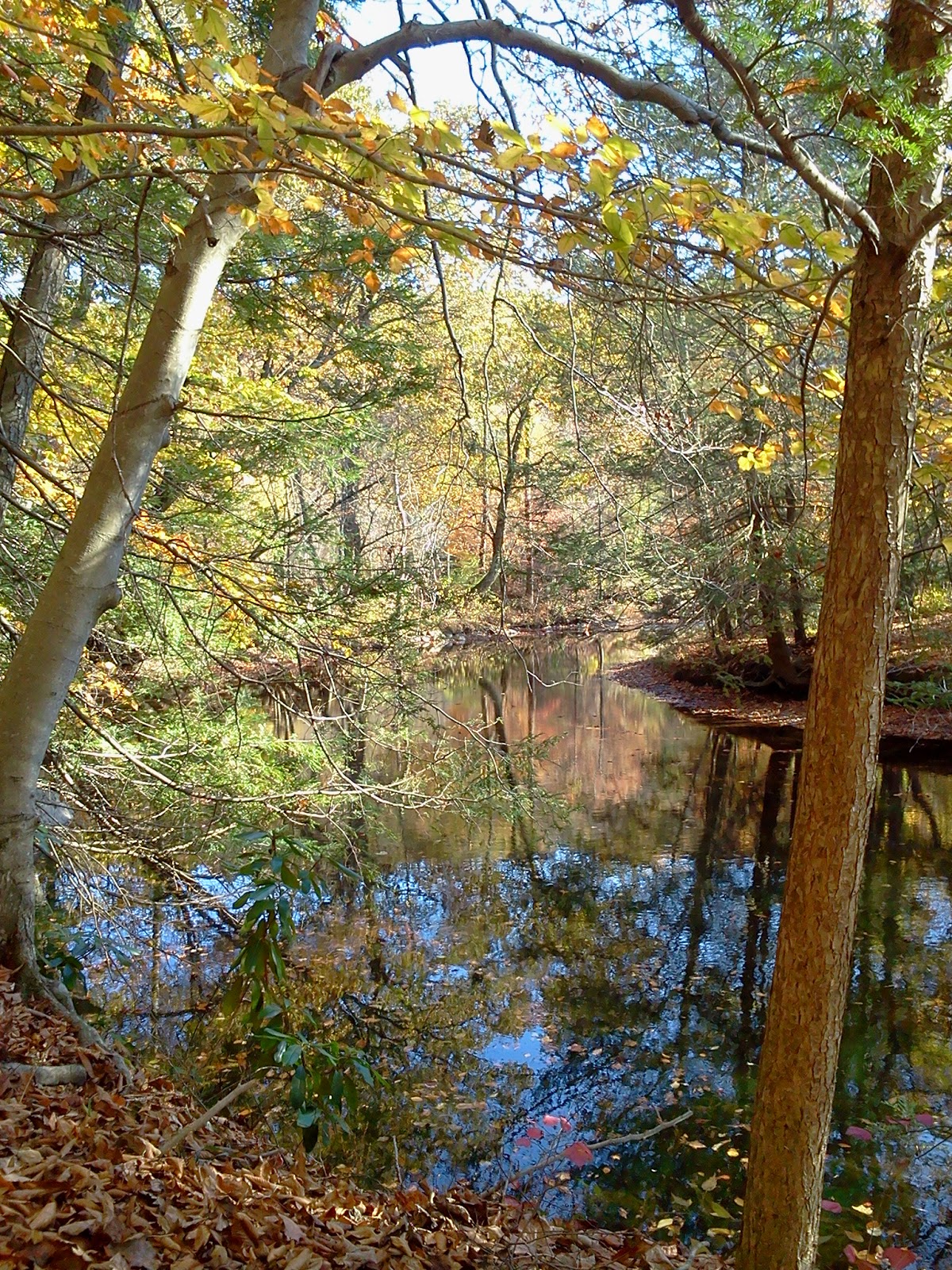 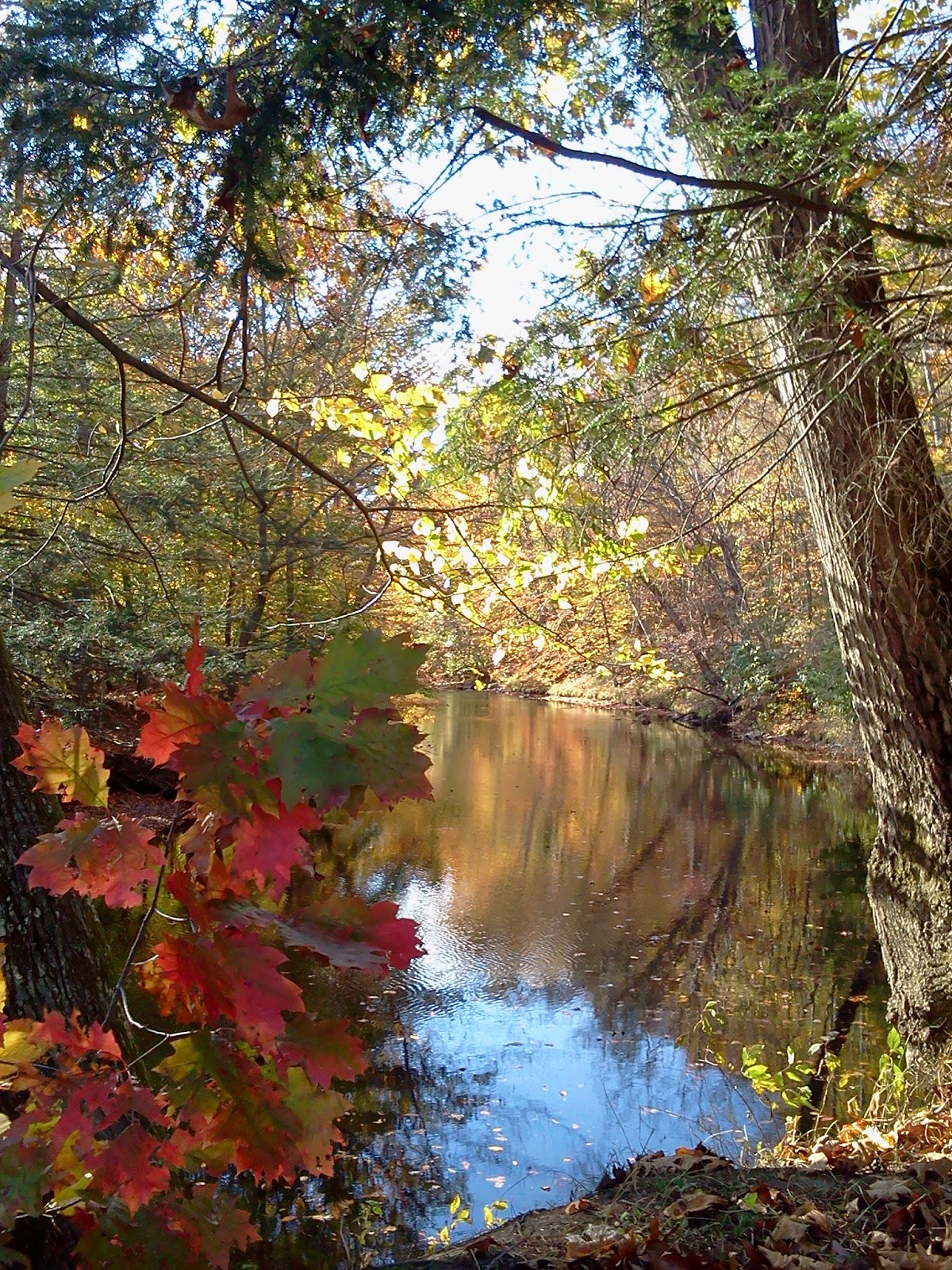 We made time to visit with my Aunt Beatrice, Uncle Sonny, Cousin Mary Kay, Aunt Joy and had dinner with my Cousin Tina, her son Matthew and his fiance.

But the highlight of our stop was having an opportunity to visit with my Uncle Jim (my dad’s older brother) who had been suffering from Parkinson’s, and other health related issues from his tour in Vietnam, for many years. Although it was hard seeing him in his deteriorating state it was so good for my soul (and hopefully his too). He was the sibling that most resembled my father in both appearance and demeanor..and even though I ended up bawling in the parking lot after my visit I’m still glad I went to see Jim. Sadly, he passed away on Feb. 6, 2014.

This stop along our #GreatAmericanRoadTrip was all about family. It was fun playing tour guide to Clark, showing him all of the places I remembered as a child and places my dad wrote about in the book he was working on before he died. Personally, I think it’s one of the most beautiful places to see the fall foliage. So I’ll leave you with a few more pictures. 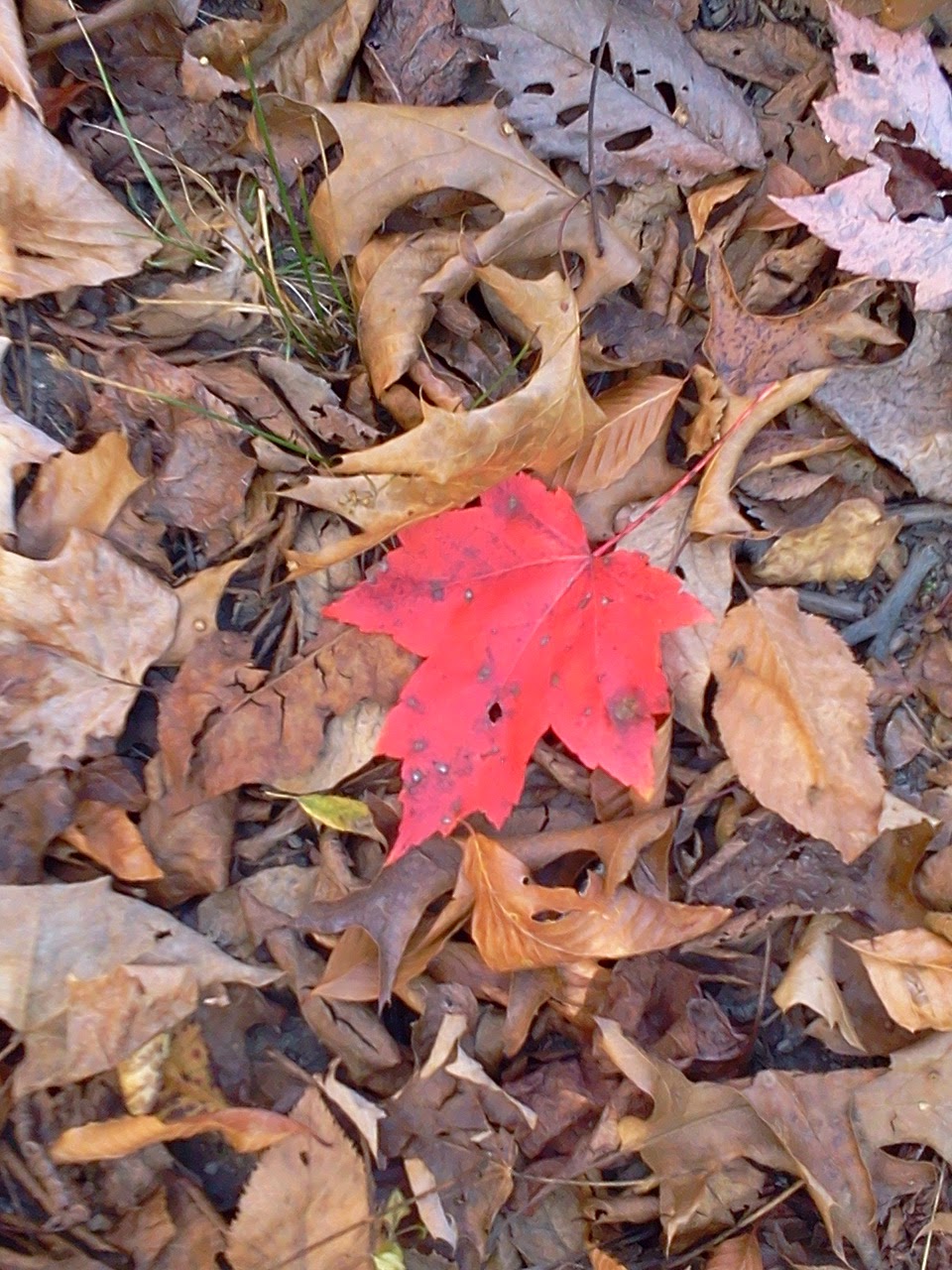