Door County: Cherry Strudel, Shakespeare and Goats on the Roof

I fancy myself a fairly smart person. Sure I make a lot of typos and grammatical errors that, I’m sure, have been noted in the reading of these blogs. But still, I did okay in school. So why is it I had no idea that one could drive north through Wisconsin and get to Michigan without leaving the country?

For 43 years (okay, maybe 35ish since I didn’t learn about geography until I entered school and learned my ABC’s) I was under the impression that Michigan was all about the mitten. No one, and I mean no one…not even mean old, never give a student more than a C+ on an essay, Mr. Butler spoke of the apparently top-secret area of the United States called the Upper Peninsula.

Since we were in Racine, Wi. visiting family, we talked about how much we were dreading our projected drive through the Chicago area when someone mentioned going the other way (north) so we could see Door County and the U.P. We honestly had no idea what they were referring to…but we were intrigued enough to whip out the old atlas. Lo and behold, it is true…you can get to Michigan from Wisconsin without crossing into Canada or going through Chicago! And changing our plans to explore that area was probably the best decision we’ve made on the road so far.

Our first stop (after leaving Racine) was Tranquil Timbers in Sturgeon Bay, Wisconsin. Believe it not, you can find Passport America deals in Door County;

Of course, being an extremely popular summer destination there were some restrictions. We stayed 4 nights at Tranquil Timbers, taking advantage of their 50% off Sun-Thu rate and then moved deeper into Door County to stay at Beantown Campground in the quiet town of Bailey’s Harbor.There are several state parks that have RV camping spots but our spur-of-the-moment decision meant they were already booked up.

What can I say about Door County? It is beautiful. And a little expensive. But mostly beautiful. And it’s worth it drive around the entire peninsula since each harbor and bay is so unique.

We had the best cherry-anything from Wood Orchard Market in Egg Harbor and the best espresso at the Red Cup on Washington Island (which requires a ferry ride). Cave Point County Park offered the most impressive hike and sight-seeing while Al Johnson’s in Sisters Bay had the best restaurant with goats on the roof  (you can watch the Goat Cam right here).

Door County, which ironically gets it’s name from a dangerous ship’s passageway early French explorers called Death’s Door, is famous for it’s cherries and twelve 19th Century light houses. It’s known as “the Cape Cod of the Midwest” and for good reason. It’s a mecca for artists of all types and is home to The Clearing Folk School which encompasses 125 beautiful and inspiring acres. They host classes and workshops ranging from beginning bonsai to iPhoneography and writer’s workshops to wood turning. It’s a beautiful place and the staff is very friendly and helpful (one day I plan to attend a weekend retreat…don’t tell Clark).

Other points of interest:

Oh, one of the highlights of our week in Door County was seeing a play. Door Shakespeare is a treasure. Located on the grounds of the Bjorklunden it is the perfect place for outdoor theater. Once you park your car you feel like you’ve been transported back in time with lit walkways through the woods and live string music. It is so well done that even if you aren’t a fan of the Bard you’ll still likely love the ambiance. 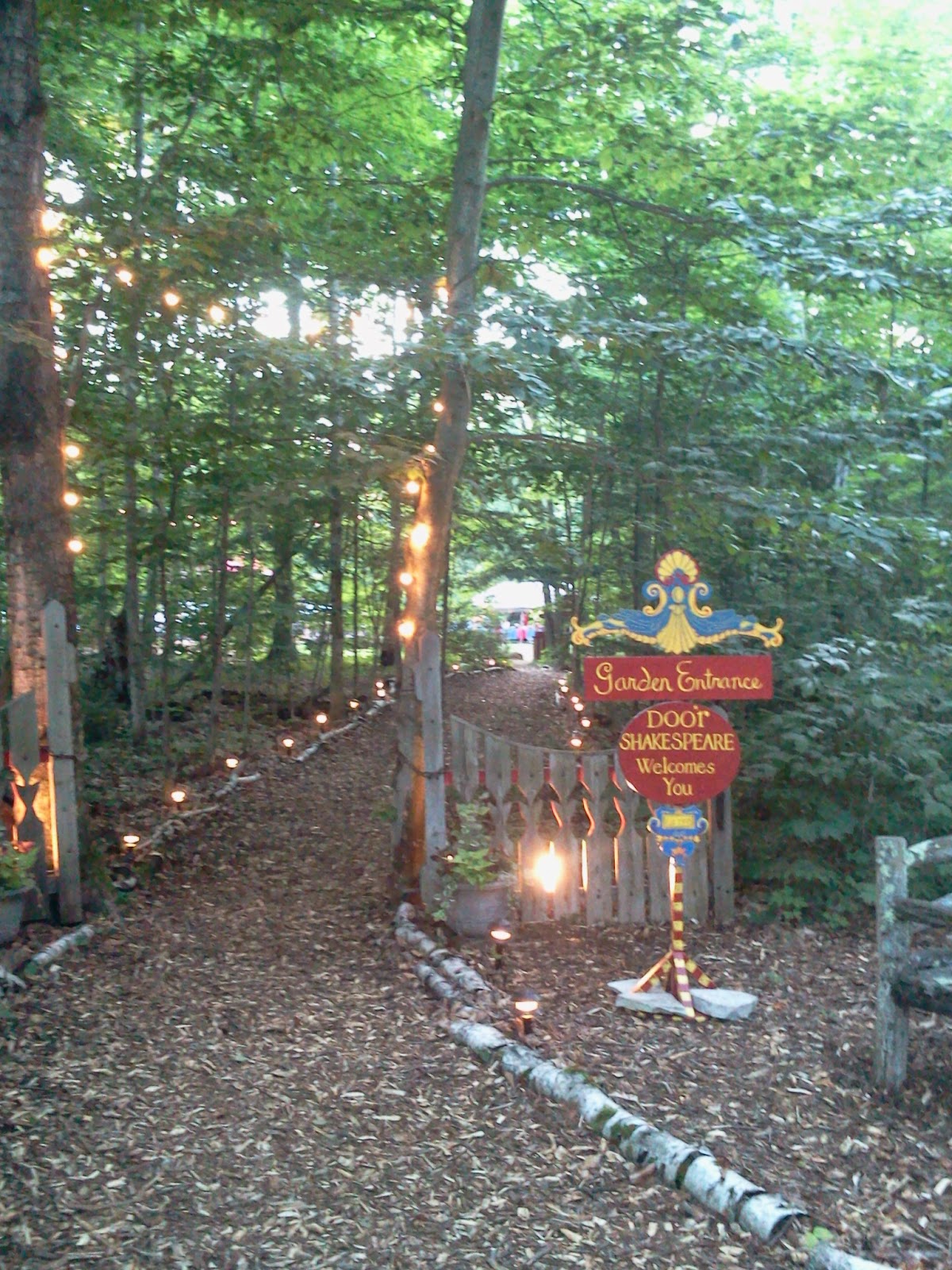 If Door County isn’t on your list of places to see, it should be. It truly is full of hidden gems and beauty…it will always be one of my favorite destinations and I look forward to exploring more of it soon.

Giraffes, Sidecars and Open Bars in Racine, Wisconsin
May 7, 2014
Udder Madness in Wisconsin
May 4, 2014
The Most Wonderful Delightful Camping Spot Ever {Strum, Wisconsin}
April 27, 2014

Hope your plans take you to Mackinac Island……one of my favorite places in the Midwest. Driving across the Mackinac Bridge to get to the mitten is always a white knuckle experience.