Part of the problem with being full-time RVers who travel is that there is often “too much” to do in an area. On one hand this can be a positive, you’re never ‘bored’ and every day is a new adventure. But, like many, we are on a fixed income…and sometimes, having too many choices means we overspend by eating out more, paying for admission to various attractions and making excessive purchases at stores because we’ve felt so isolated or have gone ‘without’ for a while.

There’s a certain “Oooo…Awwww” factor the first time you step into a major department store, or even grocery store, after being in the more remote areas of the U.S. And for those of you who don’t travel much, I can assure you that your favorite products and foods are NOT available throughout the states. Starbucks is as foreign to areas like the U.P. as fish boils and daiquiri drive thrus are to Los Angeles.

So, after the razzle dazzle of Mackinaw Island and Traverse City we needed a place to ‘unplug’.

We randomly chose Turtle Lake Campground in Beulah, Michigan. Although it wasn’t on the beautiful coast line, it did have a wonderful lake, reasonable paddle boat, kayak and canoe rentals, huge wooded sites and lots of bike trails nearby. It was also in close proximity to Sleeping Bear Dunes National Seashore, which we had run out of time to visit when we were at Traverse City.

The campground was everything the website had promised. It was a perfect place to unplug, float on the lake and enjoy some quiet time. Unfortunately, on our first night we were hit with a rain storm accompanied by some high winds. Due to the very sandy soil and a recent scrapping of the top layer (I imagine the campground had leveled some new sites where we were) exposing many tree root, we almost lost the Mutiny.

I woke to the sound of chainsaws very early in the morning and was shocked when I peeked out of the front window and saw a huge tree had almost hit the Jeep AND the RV. It had fallen diagonally across the site next to us…a site we had almost chosen. We found out that several trees had fallen that night and one RVer wasn’t so lucky. Thankfully no one was injured but we were surrounded by trees and had no idea how stable the rest of them were. The campground acted quickly and had someone come out, check the remaining trees that might be of hazard, removed several and had the whole mess cleaned up in a day and a half.

But the weather remained beautiful after that one awful night and we spent a few days on the water paddling and rowing and enjoying the sun.

And we explored the wilderness on our bikes…

We made our trek to Sleeping Bear Dunes National Lakeshore… 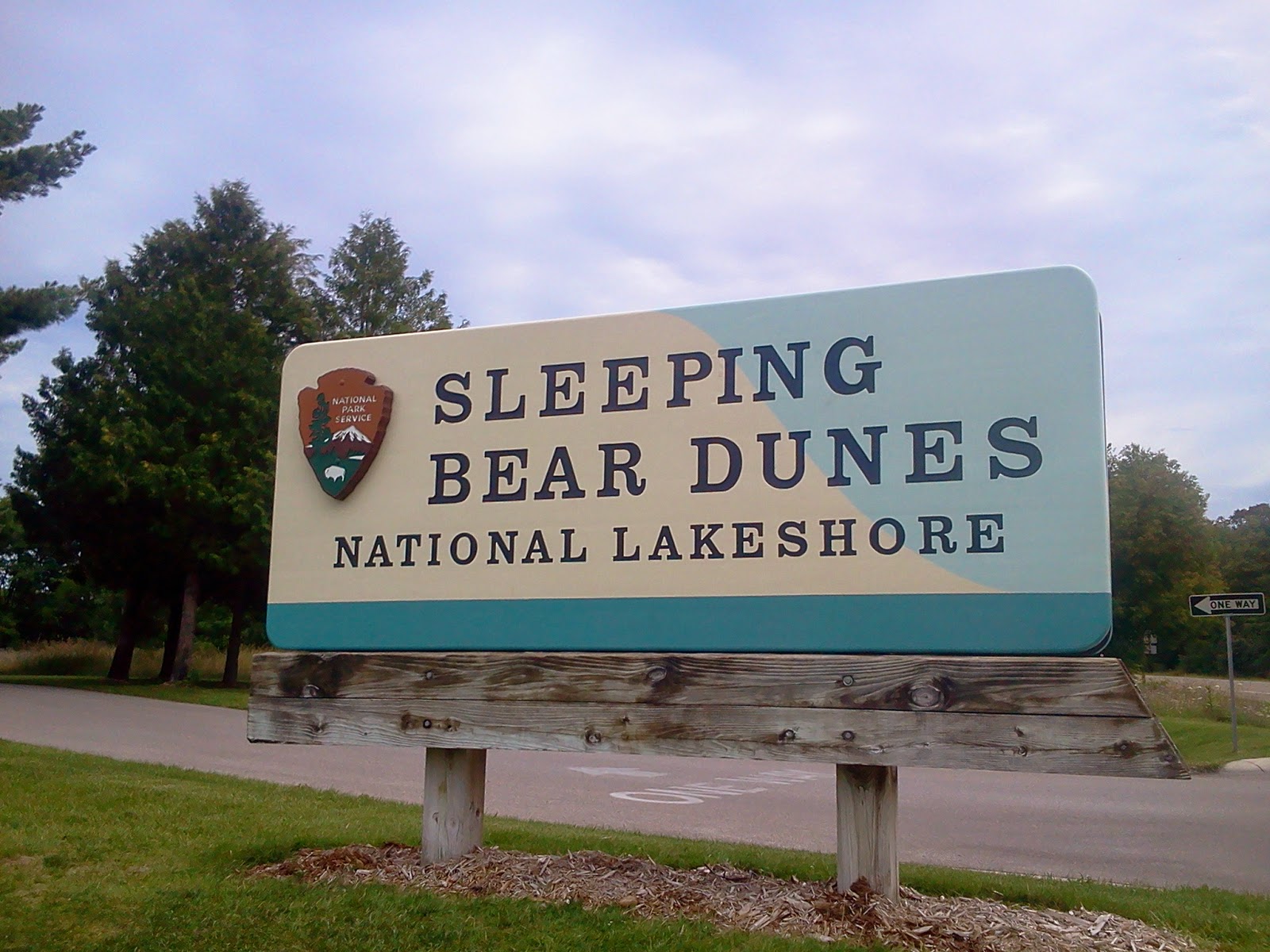 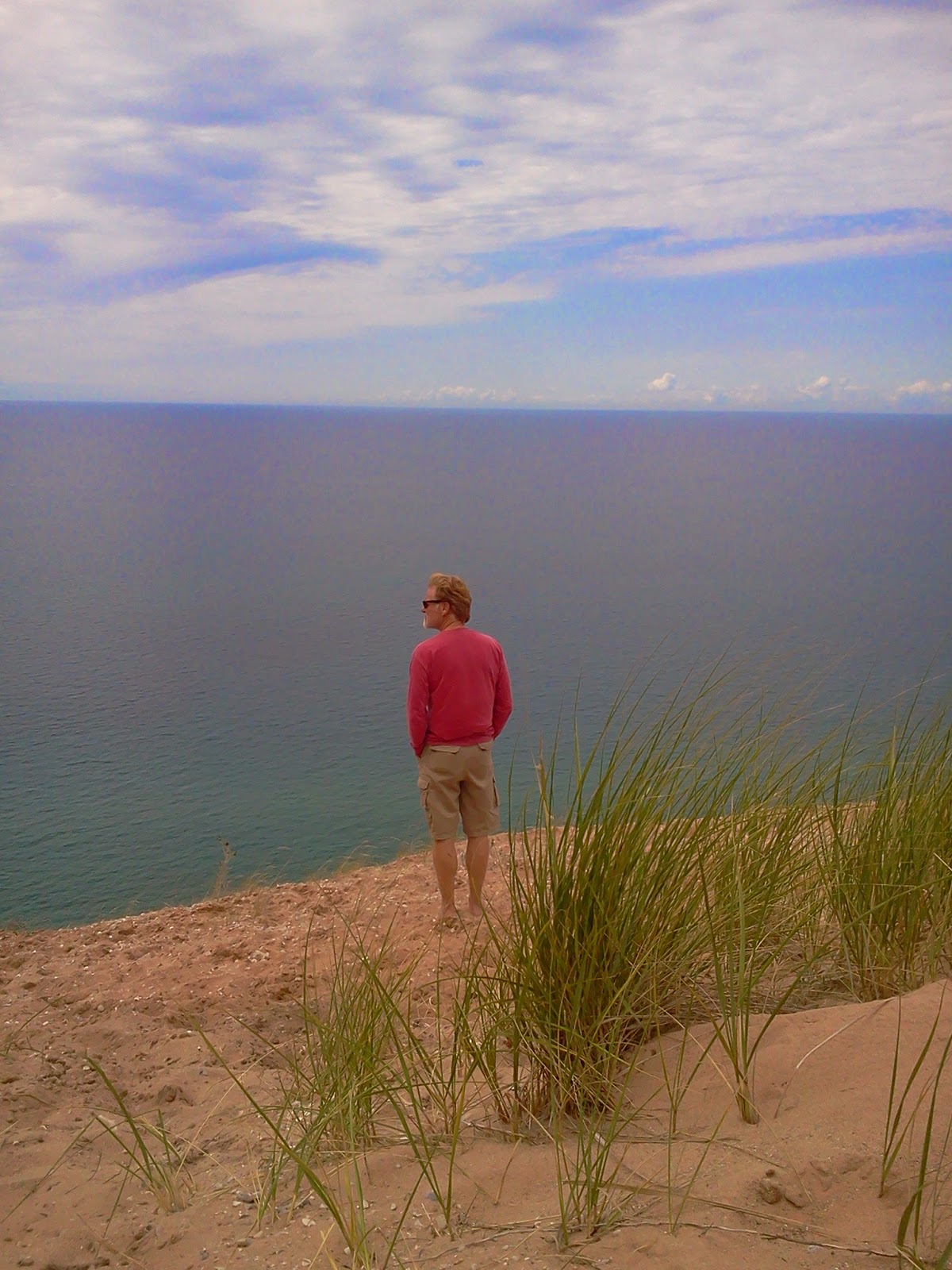 We also managed a side trip to a nearby ski resort for a little summertime alpine slide and at only $8 per person (including the ride up) it was a pretty great bargain for the thrill. 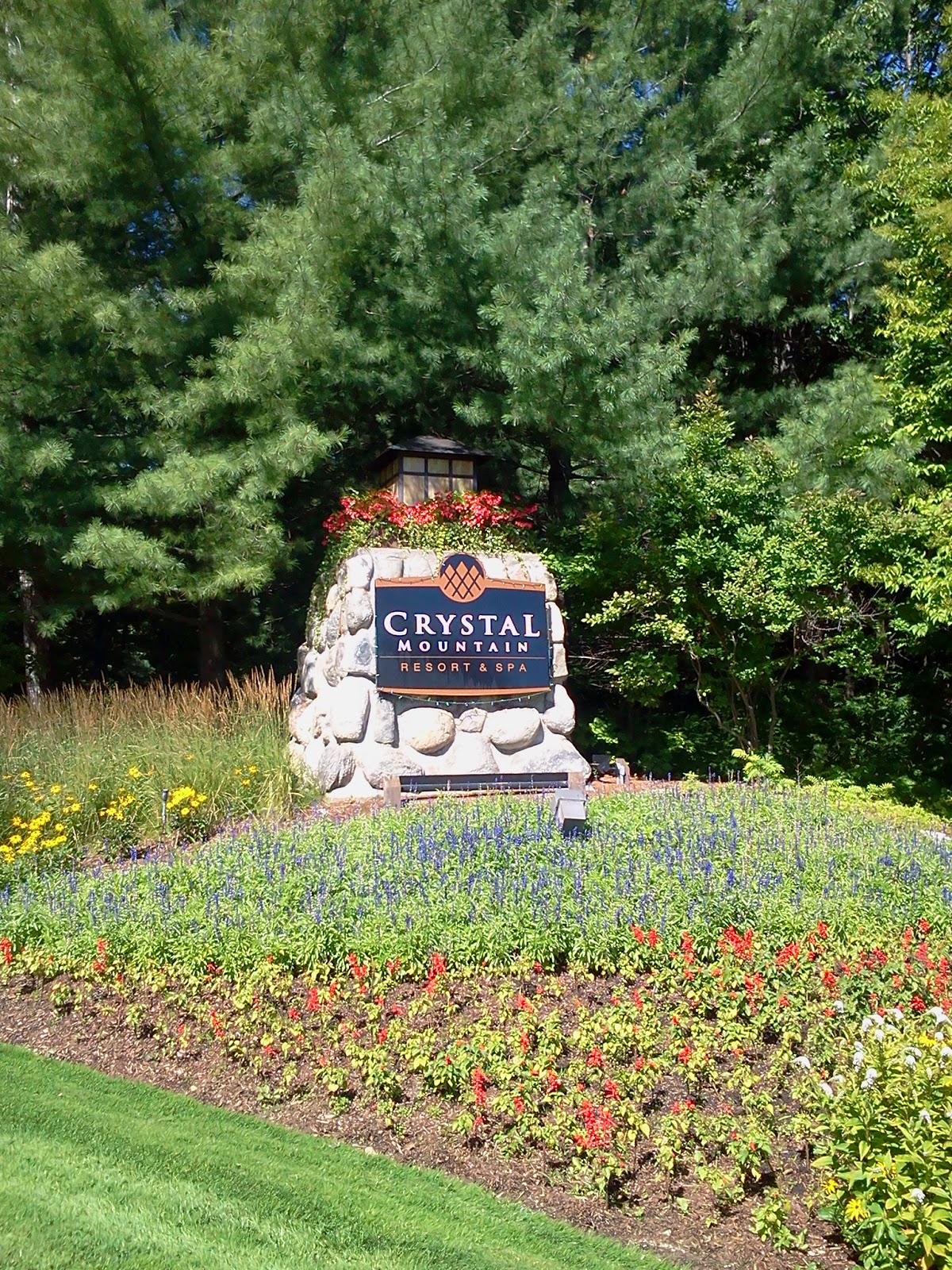 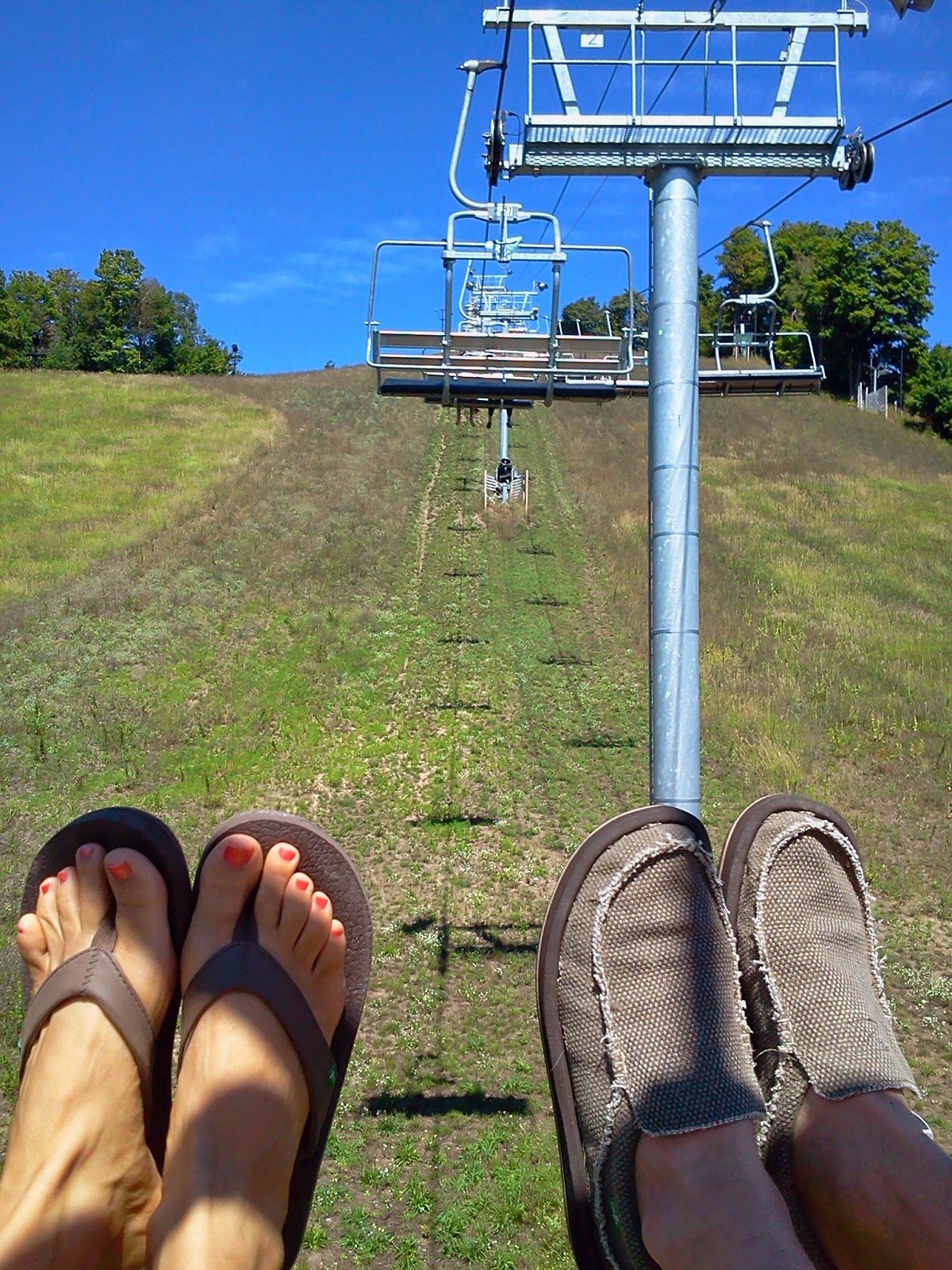 So, we’d a failed slightly in avoiding ‘touristy’ things to do but it was so worth it…especially since we stayed a full week at a very remote camping spot (no grocery stores or towns within 20 miles or so). But we still managed to do more resting and relaxing than we had previously.

Some of our Leisure Time Activities:

It was a great stop that allowed us to enjoy our days to the fullest. This was back when we still did not have Mifi aboard the Mutiny…and I have to admit I miss being able to be truly ‘unplugged’. As frustrating as it may have seemed at the time, some of our favorite and most enjoyable stops have been when our cell service sucked and we had to live without wifi. The issue nowadays (I’m currently writing this on Jun 29, 2014) is that the time flies by when we are researching on the Internet things to do in the local area or when I decide to do a little freelance writing (a side job I recently picked up to help pay for yoga teacher training). As much as we rely on , and enjoy, our Mellinicom Hot Spot we fall into the same trap as so many other people…the time suck that is the Internet.

Thanks so much for coming here from Blogmutt (I love that place!!). It is an amazing adventure and we try to remember, even when we have a "bad" day that we are very lucky/blessed to be able to do this. Always grateful.

As far as the Amazon store…ummm, well, I make more money from Blogmutt with just one post. =/ Hoping as the blog grows that we might eventually make enough money for a gallon or two of gas to fuel more adventures. =)

I was all for hiking down the hill…until I looked over the edge. Seeing so many people struggling to get back up made me realize I don;t HAVE to climb everything! Besides, the view was better at the top. =)

I hope this comment doesn't duplicate, if it does, sorry about that! It's LJ (Lori) from Blogmutt. Love your blog! What an amazing adventure and the pictures are beautiful. I'm a new follower.

Question for you – how does your Amazon store do, here on your blog? Just curious. Looking forward to reading more posts!

Remembering my 1st look down the dune…thats not a rock…its a person!!! Nice Alpine run….