As a former long distance runner I had toyed with the idea of maintaining my training when we hit the road in October 2012. I had visions of running in marathons (or even 5ks) in every state of the Union. I’ve always been a goal setter that way. But after a few months on the road reality sunk in…at least my reality. We were often in places that were not conducive to running. Clark isn’t a runner so I was always out alone running long distances which meant an hour or two of running ‘blind’…not knowing if the trail or route I was on was “safe” or if I would have cell service should I get hurt. Sometimes we would end up in areas that offered no good areas to run…the roads were too dangerous with no shoulders and heavy traffic and the high school tracks were closed to the public. At one point I ran around the RV park we were at to get my miles in…about 34 laps. It wasn’t fun. People thought I was crazy.

I lost my mojo because running was becoming work…trying to map my runs without Internet, constantly discussing possible routes with Clark and my projected return time (so he would know if he needed to come look for me), and frankly, the stress and tension I created from the fear that I might get hurt and not have access to any help exhausted me before I even took the first step into my run.

Not wanting to completely give up on exercise I decided to recommit myself to yoga. I virtually stopped all other forms of exercise (running, kettle bells and HIIT workouts) to see if “just” yoga could maintain the level of fitness I would be comfortable with long-term. So far, it has.

By the time I got the brilliant idea to blog about various yoga studios and classes around the United States we’d already crossed our 12th state line. I’ve never been much of a studio student because most of them have been cost prohibitive. My history of formal yoga classes includes a semester in college (paying for credits was way cheaper than a 3 month studio fee…actually, depending on where you’re at it may be cheaper than ONE month!) and a month of hot yoga thanks to an awesome Groupon I found while we were still living in California.

Most of my experience with yoga has been home practice. Thanks to VHS (you thought I was going to say Betamax, didn’t you!!) , and now, DVDs and YouTube one can learn a lot without ever leaving the comforts of their home (or RV). However, I really do think that taking a class, when possible, can improve your practice, clarify some concepts and offer a chance to check in with a teacher to work on alignment and corrections. It really doesn’t do much good to practice yoga consistently if you’re doing it all wrong time and again. Besides, you share a certain energy with the other students when attending class which can reinvigorate your home practice if it’s starting to feel a little stale.

Although I had been practicing yoga in the RV since we hit the road, Bardstown, Kentucky was the first place I took an actual class. We were staying very close to town anyway (My Old Kentucky Home) and the local studio was only a few miles down the road, so I had no excuse. Besides, with a name like Pink Elephant Yoga I couldn’t resist!

I happened to attend a Monday evening class in May. Little did I know that the owner/instructor, Jennifer Hurst, was out of town at a teacher training in Asheville, N.C. at the time. Yay for teachers who continue learning!! My instructor was Craig Faulkner, one of Jennifer’s students and fellow yoga lover.

The studio is situated on 3rd Street, which is the cool ‘downtown’ area. Although small I was able to find an open spot up near the front of the room, made little small talk (there were a few people talking about doing a Tough Mudder event, something I proudly completed before we left California) and settled into my breath. Craig kept the class focused as we moved through some warm ups followed by a nice strengthening flow that actually got me sweating! While it didn’t exactly challenge me beyond my current level a lot of energy and great vibes were shared throughout the class.

Jennifer is now offering prenatal and children’s yoga classes thanks to the teacher training she was away on that May. Included in her training was yoga for seniors, something I would love to offer one day (hopefully I can get my teacher training completed before I become the senior).

If you’re in the area definitely stop in and take a class (and tell Jennifer that Tales From the Mutiny says “hi”). You can’t beat the drop in price of only $8! For those of us living this lifestyle, traveling around the country (or world) we have a unique opportunity to experience the diversity out there and what better way to do so than to move our bodies! 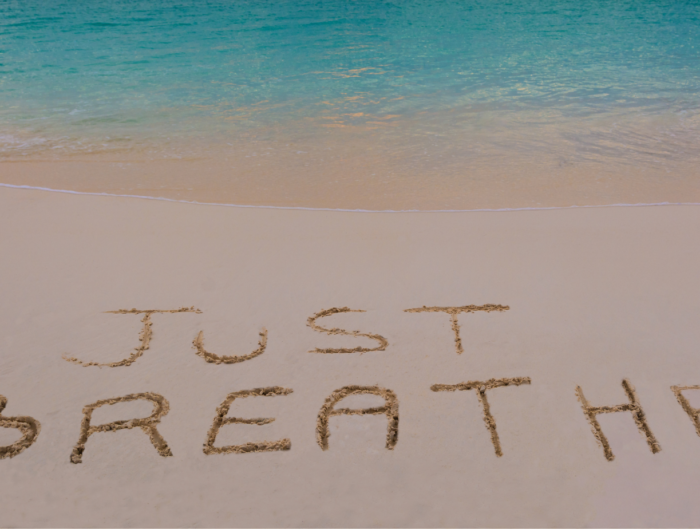 Hi Steve, I've definitely seen some interest from other RVers/campers. The biggest obstacles I see it getting the campground to go along with it (especially if you are there for a short period of time) and getting the word out so people show up. I've thought about the best route to go with campground yoga (should I actually get certified) and wonder if campgrounds would be more comfortable treating me as a "work camper" meaning my 'classes' would be free but my campsite cost would be free or reduced (I've seen CG that offer free water aerobics). Or if they wouldn't mind a camper "marketing" themselves. In our travels we've seen places with strict "no selling" rules (including services) as well as those that allow any and all kinds of profit making (from yard sales to RV repairs and firewood).

But, I kinda feel that offering yoga on a 'donation' payment would be best for most campgrounds. Of course, it will depend on the areas you go to and the types of CG you find yourself at. Currently, we are in Moab where everyone is fit and the CG is actually a pricey 'resort'. The "clients'" here might not flinch at a $5-8 fee (the local studio only charges $10 and it's less than three miles down the road) for some pre-mountain biking yoga or a restorative class after a day of bouldering. However, if and when you find yourself in the traditional CG filled with older people you might have to entice them with a one-time free class or donation based classes.

I'm looking to get certified this fall, mainly for my self but also to "legally" be able to help friends I meet on the road. I imagine with enough self promotion and pre-planning you might even be able to score some "guest" teaching spots if there are any studios nearby. I'd be interested in your ideas too.

Contact me when you have time, I am a teacher who is going on the road with my wife and hope to bring Yoga to RV parks when we are there during our 6 month full time trip. I would love to hear about your ideas and whether you see people in your travels who have expressed interest in learning about Yoga while they enjoy the great adventure of the RV life.

Thanks Robin! I have one or two photos of him "doing yoga" too. Look out for them in future posts.

You are such a good influence…and so is clarke 🙂

Thanks for giving me the heads up (and for wanting to subscribe!). I think I have it fixed now (i was able to sign up after tweaking things). Let me know if it works.

So glad to hear you're going to start up again. something about yoga seems to hand in hand with RVing. I'm about to check out a studio here in the Panama City Beach area today. =)

We spent a little time in Bardstown this past fall and loved it! Thanks for the yoga post. You have helped to kick me in the butt and get my practice started once again.

Thanks Betsy. I didn't know your shoulder was giving you trouble. Hopefully it will heal up quickly. Yoga is my love and I enjoy hearing my friends giving it a try. Maybe in the fall we can go to a class together (I might be back in the area for a month or so).

Great blog post once again….lWhen I get my shoulder better I want to try Yoga again….:)