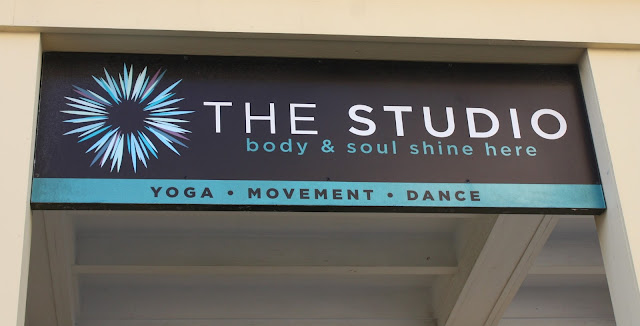 We stayed in Grayton Beach (a tiny community near Santa Rosa Beach) at the end of January 2014. It was bitterly cold and we ended up getting iced in for a few extra days…but not before I had the chance to check out the local yoga scene.

My first foray into 30A yoga was at The Studio which was, at the time, located in the Central Square of Seaside. I’ll tell you, all of the town names and addresses were very confusing, When I was first searching for yoga classes online I couldn’t tell if Santa Rosa or Seaside was closer to where we were camped. Turns out they’re kinda the same place, although I’m sure the locals will correct me on that…or maybe it’s the towns Watercolor and Seagrove, I have no idea. 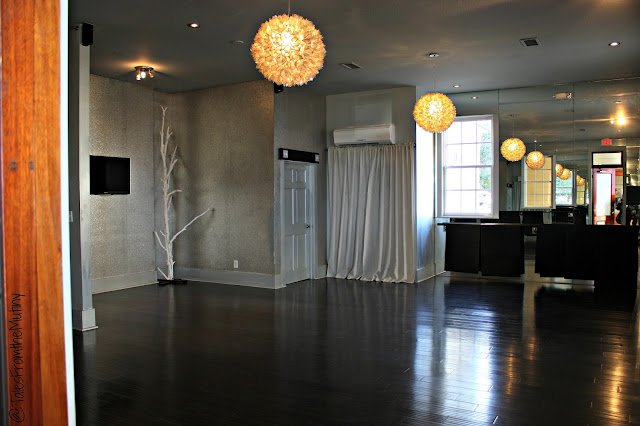 Anyway, The Studio was a really nice place with real, dark stained wooden floors and beautiful drapery and a mirrored wall. It’s very minimalist yet warm, literally and figuratively, seeing as the room was about 90 degrees when I arrived for a 10 am class on a bitterly cold morning. Technically, it wasn’t a Hot Yoga class but it was close. If you’ve read my other Rambling Yogi posts you know I’m not exactly a fan of Hot Yoga but I wasn’t about to back out after forcing myself out of my warm bed so early in the morning.

Owner/Instructor Laura greeted me promptly and explained the class to me ensuring I understood it was an Intermediate to Advanced class. I rolled out my mat and got settled in when the other students started streaming in. They all looked very fit and there were just as many men as there were women (something you don’t see often). It got so full that we had to line up all of our mats just a foot or so apart and then stagger where we stood on those mats so we wouldn’t hit each other when we swept our arms overhead or lifted a leg up for three-legged dog. And then class started.

This clearly wasn’t going to be the same old vinyasa style class I was accustomed to. Nope, the music was loud and fast paced (maybe even pop if I remember correctly) and the flow was f-a-s-t. Laura was front and center, going through every movement along with us all while giving cues to pose transitions without even breathing hard. This woman is in great shape! Since it was so faced paced there were no hands on corrections and not much time for alignment cues. This was the type of class that you really needed to know your stuff.

One thing that stood out was Laura’s ability to scan the room and vocalize minor corrections and words of encouragement to specific people…yes, she knew everyone’s name and even remembered mine…which she used to reassure me it was okay when I had to take a short break and wipe the sweat from my brow, upper lip and arms. It was hot and the class was intense. It consisted of non-stop movement…jump backs, jump through, crow pose, firefly and countless chaturangas (a move similar to a very, very slow push up). Lifting the towel to sop up more sweat became increasingly difficult as my arms became jello.

I’ll admit, as soon as the class started I didn’t think I would like it. After all, yoga is about connecting the body, breath, mind and spirit and I could hardly catch my breath in this class. But as it progressed I kinda enjoyed not having time to think (or over-think in my case) every move. There was also no time to criticize myself in the mirror…or compare my abilities to anyone else in class (something I’m working on and one reason I like having no mirrors in class). It was methodical yet challenging, much like hiking up a steep trail where all you can do is plant one foot in front of the other and keep doing it until you reach the summit.

Sadly, while reviewing my notes and checking out the website for The Studio so I could write this post, I found out that it has since closed…or maybe moved is the right wording. According to her website, Laura Bailey Yoga, she is teaching weekdays at East of Eden Retreat and Spa and, when it’s open for the season, on Sundays at The Hub (both in the Seaside/Santa Rosa Beach area). Her Facebook page looks to be the best way to stay current on her class schedule.

If you’re looking for a workout style yoga class, one that will make you sweat so much you’ll forget all of your problems, then check out Laura’s classes. Just be sure your practice is advanced enough that you know the names of common poses and how to transition into and out of them. You should also have an idea of your true capabilities and be willing to make your own modifications if certain poses aren’t currently in your wheelhouse. And finally, be humble enough to stop and rest in child’s pose or savasana and grab a drink of water whenever you need. 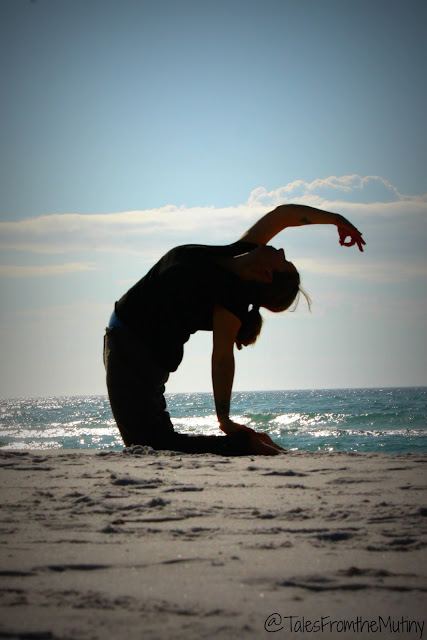