Ah, the Gulf Coast…where the water is warm(ish) and the sand is sugary white and a person can hole up and recover from a long weekend of debauchery. This was exactly what we needed after our San Antonio excursion.

If you remember {and seeing as how long it takes me update this blog I can’t blame you if you don’t} we bought a Texas State Park Pass and used it only twice so far. In order to really have it pay for itself we were determined to use it for our next two stops while on our way to Louisiana. So, we found two beautiful state parks right on the beach…and what better place to spend the end of winter than on the beach.

Our first stop was Mustang Island State Park on Padre Island in Texas. Because of the very large sand dunes the sites don’t exactly have a beach view but it is in walking distance. One thing to be aware of is that those dunes are made from wind…blowing sand into piles…which means there is wind…blowing sand into piles. Granted we were there in February and I imagine this could be a ‘winter’ phenomena…as perhaps were the thousands of Portuguese Man o’ Wars (jelly fish) which were washed up along the entire beach (poor little guys). However, it was still amazingly beautiful.

This park encompasses more that just the campground and beach area…across the road are several trails and areas to go kayaking or paddle boarding (rentals are available fairly close by) as well as tons of bird watching. Although we were lying low we did make the drive to Corpus Christi via the ferry, which was about 35 minutes to downtown. 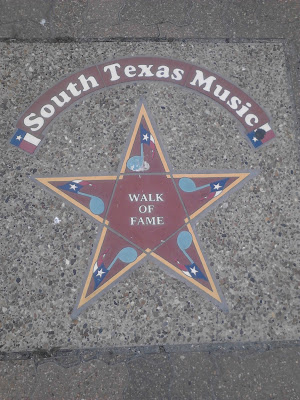 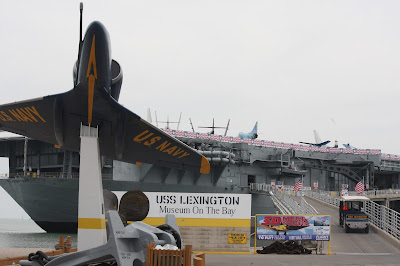 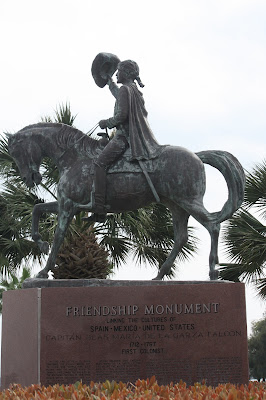 When it was time to move on to our next stop, Galveston Island State Park, we decided to take the Mutiny (including the toad) on the free ferry across Aranas Pass to shorten our drive time. I have to admit I got a little worried as I saw the RV sway back and forth with the waves…and I was so sure that it was going to tip over and squish the little truck next to use that I couldn’t watch.

It was a fun, short trip…with sea gulls floating effortlessly on the wind and dolphins playing in the water around us. I highly recommend taking the ferry.

Galveston Island State Park was gorgeous. We were closer to being beach front but there were also sand dunes. The beach was magnificent though and I walked it twice a day (at least). Every time I went out there were thousands of shells washed up.

Galveston itself was so pretty (this was my first time there so I have no idea what it was like pre-hurricane) and the architecture was stunning. We visited The Strand because, well frankly all of the Yelp reviews said we should (it’s cool, but touristy and when you’re trying to recover your liver and pocketbook from over indulgence it kinda loses it’s appeal). We had fish tacos and the BEST Bloody Mary’s at Jimmy’s On the Pier (hey, that counts more like a vegetable than a cocktail and vitamin C is really, really important). 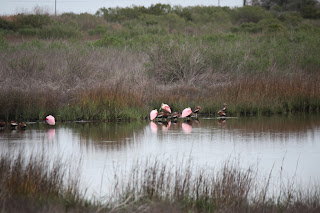 We spent a really nice, relaxing week between Mustang and Galveston Islands but if I had to pick I would definitely go back to Galveston Island. There were more trails for hiking, biking and bird watching as well as several areas for kayaking (we don’t have kayaks…yet, but when we get them I really want to go back and paddle around). The city of Galveston also seemed to have a lot more to offer as far as grocery stores, bars and restaurants and interesting attractions. The sites were more remote and I’m probably a little biased due to the fact that we had much better weather in Galveston and the beach was practically all mine!! Yes, there will be a repeat trip.

Aww, thank you Ellen. I wasn't a big fan of Texas for the longest time. I remember as a kid, traveling through it and it was flat and dry and went on forever! But having friends and family there meant having to go back. Well, it's got some really wonderful areas…and I particularly love the Gulf Coast (if you couldn't tell).

I love the blog!

Your photos are stunning. Especially the ones of the water/shells/birds. It feels like I could crawl right inside. I've never had the desire to really visit Texas, truthfully. (Well, my ex lives there so that might be part of the reason – lol) you may have just changed my mind.