As 2018 comes to a close I wanted to give an update on the ranch. Yes, it’s been a while and I will be remedying the lack of posts in the coming year. This year gave us a lot to think about as we struggled with drought and loss. Struggle brings growth and learning opportunities and we had our fill for a while. But, if everything were easy where would be the reward? Here are some of the ups and downs of 2018. 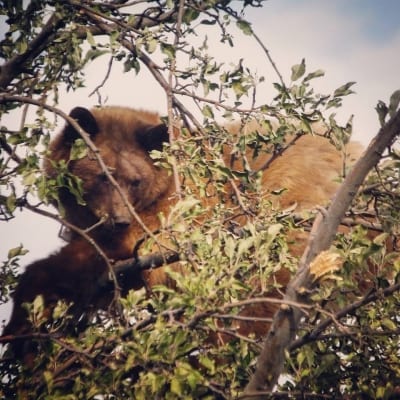 Our farmlet is situated in a canyon surrounded by public lands on one side and reservation lands on the other. That makes it a little wild since these are protected, and sacred, lands. McElmo Canyon also has a history of outlaws…including Butch Cassidy and the Sundance Kid. With that comes all the things that like to live in the wild (including some fiercely independent people). We’ve had deer, bear, mountain lions, foxes and eagles trying to stake their claim on our little plot. Mostly this has resulted in us working hard to “predator proof” our animal’s living quarters and “deer proof” the garden. There’s been a lot of building and then rebuilding as we learn what will, and (maybe mostly) won’t, work. Clark, being the brains behind the building of things, has had the forethought to build pretty much everything with screws, knowing it will likely have to come apart at some point. 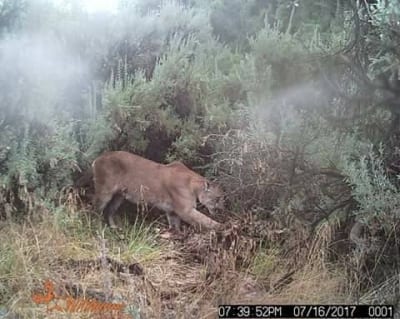 Mountain Lion visiting the site s/he buried its kill (our neighbor’s dog).

We’ve learned that it’s better to do some things imperfectly (and then redo them as necessary) if we are going to be people of action. I, for one, can be a master procrastinator by disguising it as research, putting things off until they can be done perfectly. On a farm (and in life), there’s really no such thing as perfect. We figured this out in our fulltime RVing days…our best adventures were the ones with little planning and lots of room for spontaneity so we’ve carried that over into this life too. 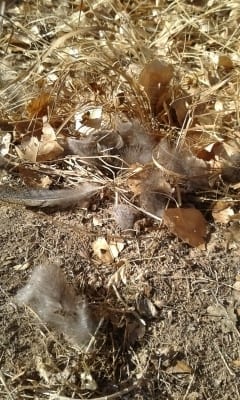 Something snatched a few of our hens over a 2 week period. This resulted in a newly designed chicken run. 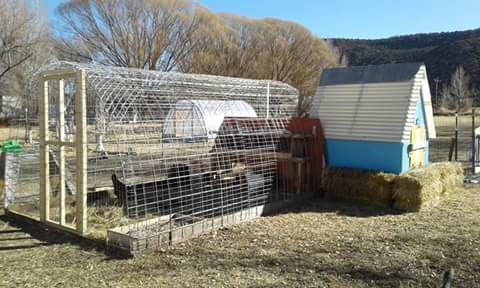 The original Chicken Tractor has been modified and moved several times. We used 3 cattle panels 16 feet in length) rounded over to create a secure tunnel/run.

This year we lost several hens to either a fox or eagles (I’m leaning toward eagle as I’ve seen a couple of Golden Eagles flying overhead scouting). We’ve only ever had a dozen or so chickens at a time so when one goes missing it’s pretty noticeable. All of our losses occurred when the ladies were outside of their coop…they love to free-range in the pasture and take dust baths by the barn. When we notice the predator activity has increased the chickens go on “lock down” and have access to a covered run with a sand box, swing and xylophone but it still doesn’t beat getting to roam outside. We ended up losing enough hens last winter that we decided to try raising a few chicks this past spring. 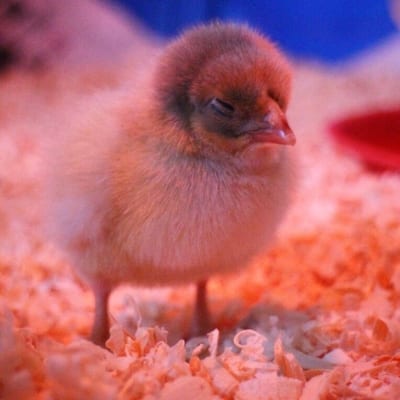 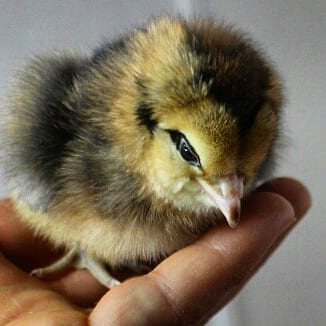 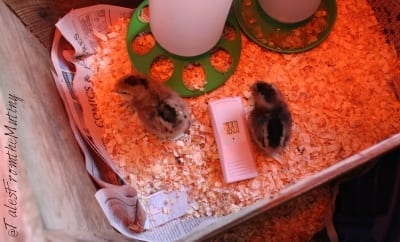 In March we added Shelia (Australorp), Chessy (Rhode Island Red), Leeloo (Red-Laced Blue Wyondotte), and Ruby and Ada (Ameraucana). They lived in my yoga room for the first few months of their lives. That’s an interesting situations (if you remember, I also have worms living in my kitchen…this place is getting out of hand). At first it was cool to have these puff balls living inside the house in a plastic kiddie pool filled with pine shavings. We could check on them easily and keep the temperature just right for optimal growth. But things quickly changed. 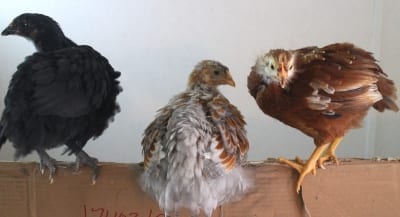 You see, chicks grow fast. And they learn to “scratch” pretty early and while it’s adorable to see these round bellied cotton balls act like grown up chickens it’s not adorable to have every surface covered in dust and baby fluff. As the chicks grew so did their feathers and desire to explore. Chickens may not be able to fly far but they can get around. It wasn’t long before we’d go to check on them only to find they were perched on the Nordic Track or book shelf or desk…anywhere except their kiddie pool. It was a glorious day when we transferred them to the chicken coop permanently. 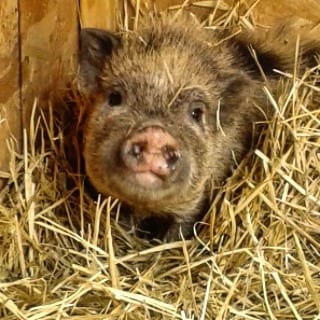 It was long after the chicks moved into the “big house” when I got a message from a friend who needed to rehome a pot belly piglet. The piglet was making a bit of a nuisance of himself (digging up flower bulbs) and getting challenged by his dad (or maybe his dad was trying to kick him out of the house). His prospects looked dim so we added Fletcher Crispin’ to the crew. He was about 4 months old when we got him and tried to make him a house pig. But he really enjoys being outdoors so Clark built him a log cabin…of course. Fletch is a sweetie who likes waffles, pancakes and belly rubs. He also enjoys being turned out in the pasture with everyone else and can be found sunbathing most of the day. 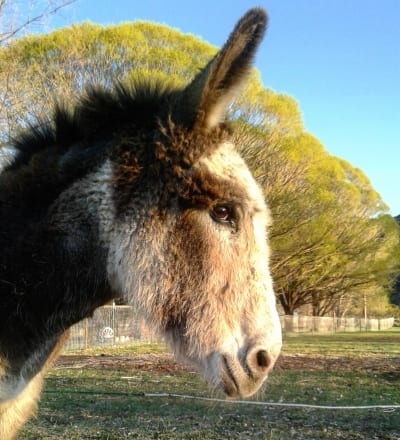 Apparently, getting a pot belly pig comes with a loss of mind function and rational thinking. Every time we acquire a new crew member we say to each other, “that’s it…for real this time”, only to find another situation we can’t say no to. Enter Margarita the donkey. Rationale for getting a donkey: they are fantastic protectors. After all of the mountain lion attacks in the canyon last year we had been on the look out for a donkey. Marge was in need of a home and had been living at Denkai Animal Sanctuary for a while waiting for her forever home. She was aloof and seemed to want nothing to do with us but we decided to give it a shot anyway. She bonded immediately with the goats and lets Maggie (the minihorse) be the boss, which is perfect. 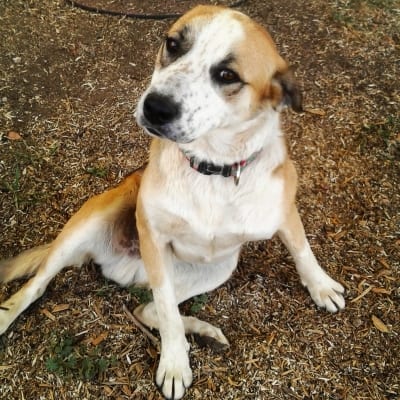 We also somehow managed to get another dog. Hap (short for Happy) also came from Denkai. Clark saw his photo posted on their Facebook page and immediately fell in love. Hap is an Anatolian mix who was surrendered on the neighboring Ute Reservation. Anatolians are used as guardian dogs for livestock…so, you know, we could kinda justify the adoption because…predators. By the way, Hap is an inside dog and last time I checked we don’t have a mountain lion issue inside the house. But he’s the sweetest boy who loves everyone. He plays with and grooms the cats. He’s gentle with Nellie (our 8 pound chihuahua terrier mix) and is the perfect rough house companion for Benny (our border collie mix). 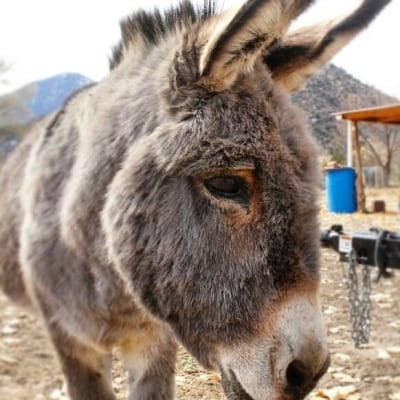 If that’s not enough to convince you we’ve lost our minds, we welcomed Cranky Hankie to the mix back in early November. Hank came from a large ranch that had lost it’s herd of goats to predators. He was all alone. A friend made the connection between Hank’s owner and us and a few days later Hank arrived at Mutiny Ranch. Hank’s a burro…just a few inches taller than Maggie and significantly smaller than Marge. But he has fallen head-over-hoof for Margie. Oh, we’ve also learned that he’s somewhere around 30-35 years old. It looks like he’s found a new herd to share his in his retirement. 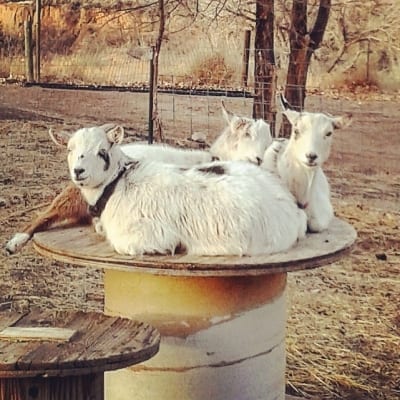 For all of the happy additions to the ranch we also experienced a devastating loss. On October 1 we found Ewan, one of our goats, in distress. Thinking it was a common ailment called bloat, we doctored him up and walked him. The next day he still wasn’t recovered so a friend came over and helped administer more meds. The next two days were up and down…one minute he’d seem a little better and then the next he was distressed. I loaded him in the back of Jeep early in the morning to take him directly to the local large animal hospital where I was turned away with out them even taking a peek at him. 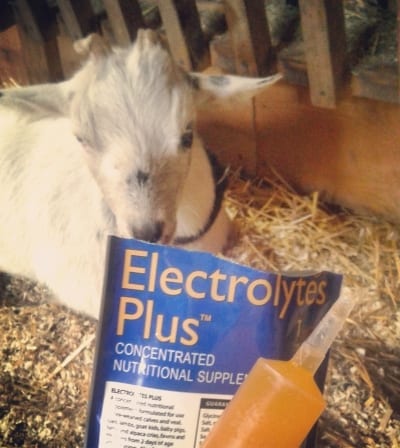 I offered to pay emergency vet fees. I asked them to send an emergency or on-call vet to our place. I inquired about any other vets in the area. Then I sat in their parking lot calling the very short list of names they gave me. Absolutely no one was willing or able to help. Needless to say, I was in tears. I took Ewan home and put him in a stall. The next few hours were spent sending group emails to neighbors and posting inquiries on local Facebook groups hoping someone could connect me to a vet. I called vets in all the surrounding towns. I was about to load him back up to take him to an emergency vet an hour and half away but thought to call first. They had no vet that day.

Eventually I found a vet who was returning from Telluride and was willing to look at Ewan. Unfortunately, it was too late. To be honest it may have been too late to begin with (the vet suspects milkweed poisoning). It turns out Ewan’s rumen had stopped working and his intestines had shut down. The vet tried hard to save him…she even used some less conventional treatments but he didn’t respond and continued to decline. He left us on October 5 and it still feels raw. For those of you who have followed us here or on Facebook you’ll remember that Ewan (and his brother Buster) were born here with Clark helping to pull him from the womb.

Just minutes after birthing…the happy family. Ewan is on the left.

Ewan was a goofy boy with a distinct bleat and a love of naps.  Although we’ve always been aware there will be losses on a farm this one was particularly difficult and heartbreaking.

Ewan combining two of his favorite things…eating and napping.

He was big help when I roasted coffee…he loved to eat the chaffe! 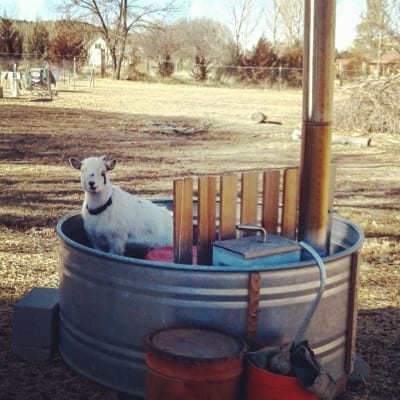 Did I mention he was a goofball?

Like the land, we are taking some time this winter to rest. When the New Year rolls around there will be gardens to plan, seeds and trees to order, and lists of projects to prioritize before Spring arrives and wakes up the world again. In the meantime, we’re going to try hard not to add (or lose) any more crew members.