Where Not To Stay on the Great Salt Lake, Utah Truthfully, it turns out that there are two sections to the campground at Willard Bay…and, as luck would have it, we chose the one that was essentially a parking lot on the boat ramp that invited 3.2 beer swilling, bare-chested, rolling coal (Google it) rednecks (are they still called rednecks in Utah?) who like to party…loudly. Oh, and let’s throw in a side of 15+ adolescent boys crammed into one campsite, you guessed it, right next to us. Did I mention this was literally a parking lot? You just kinda stopped near an electrical pedestal with no kind of privacy between campsites while you sat and watched big azz pick up trucks circle around looking for parking after dropping their boats in the water? Fun times and we got to pay $25 per night for this luxury. 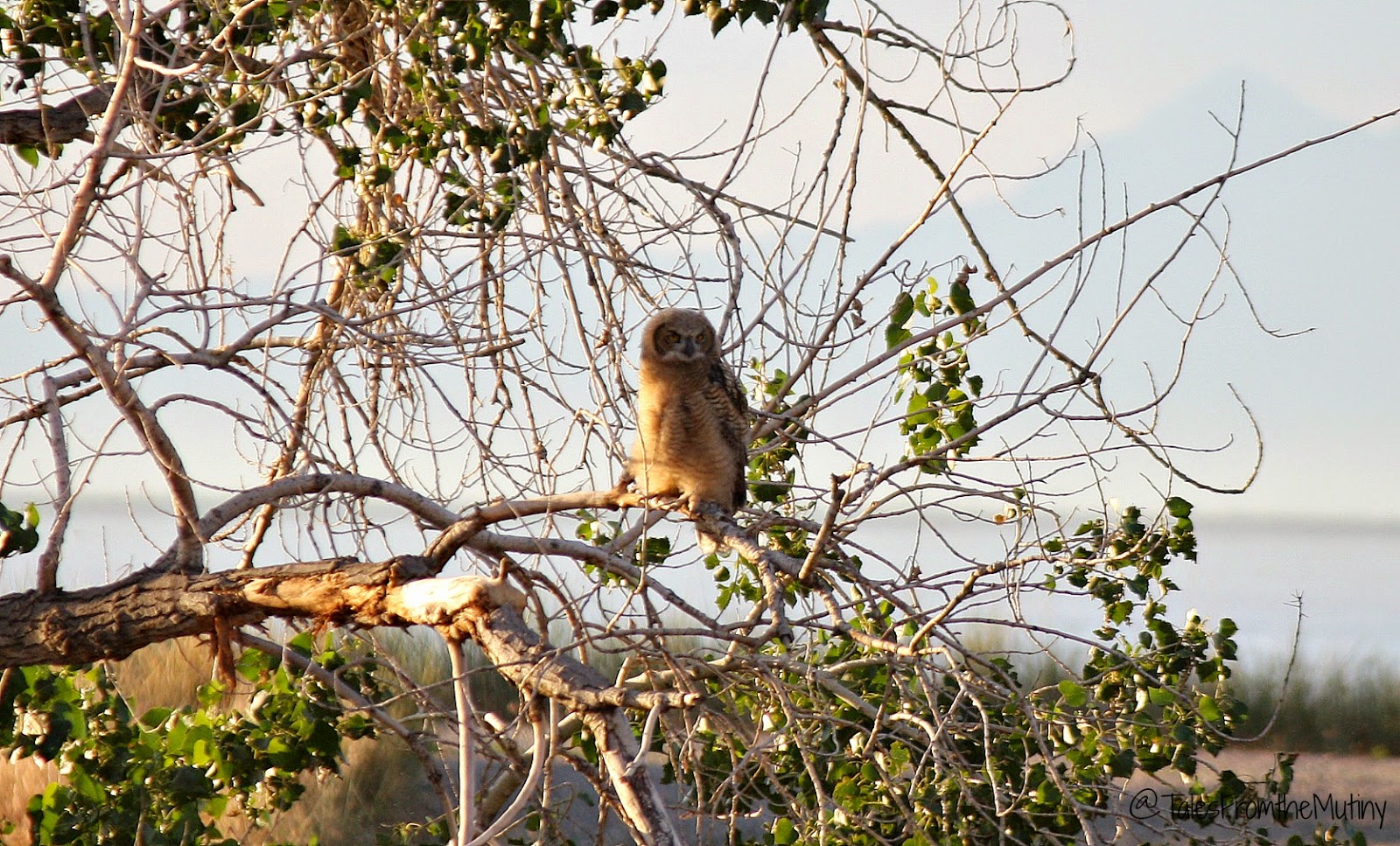 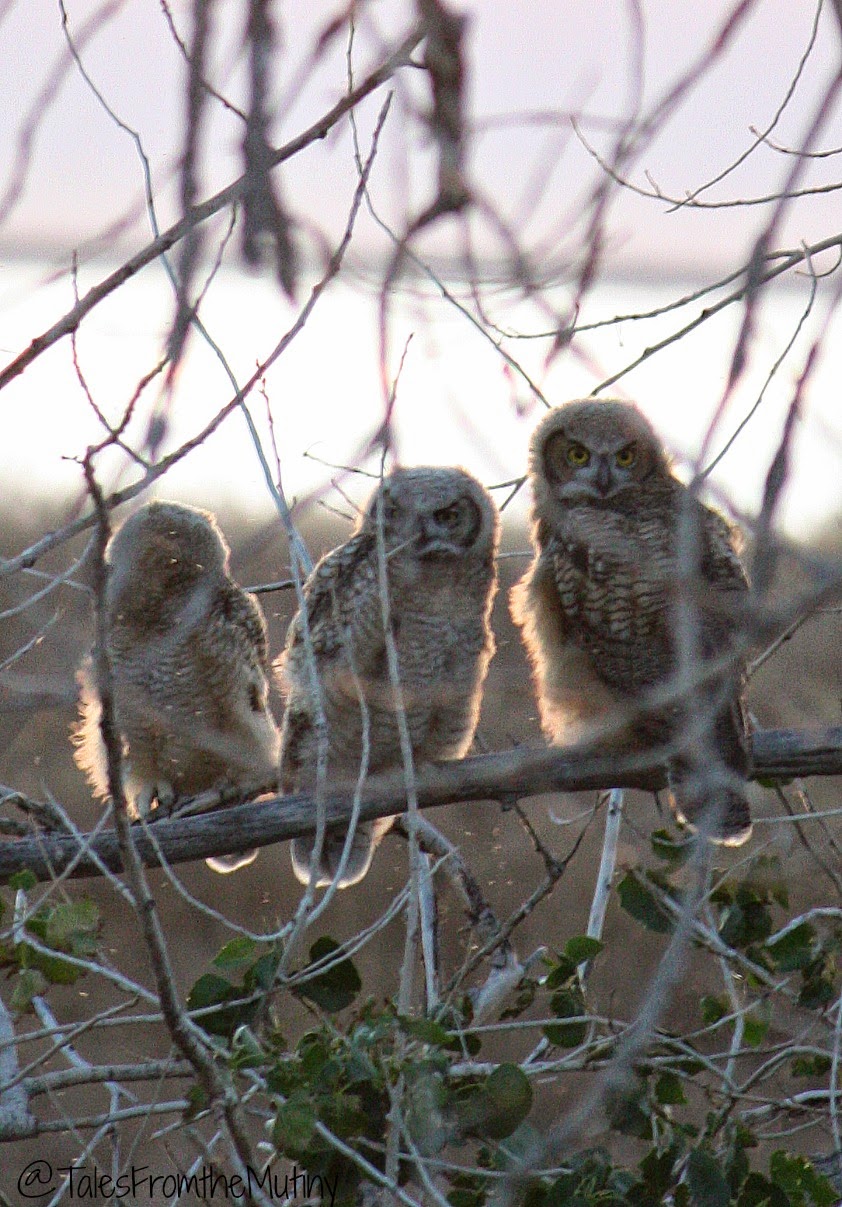 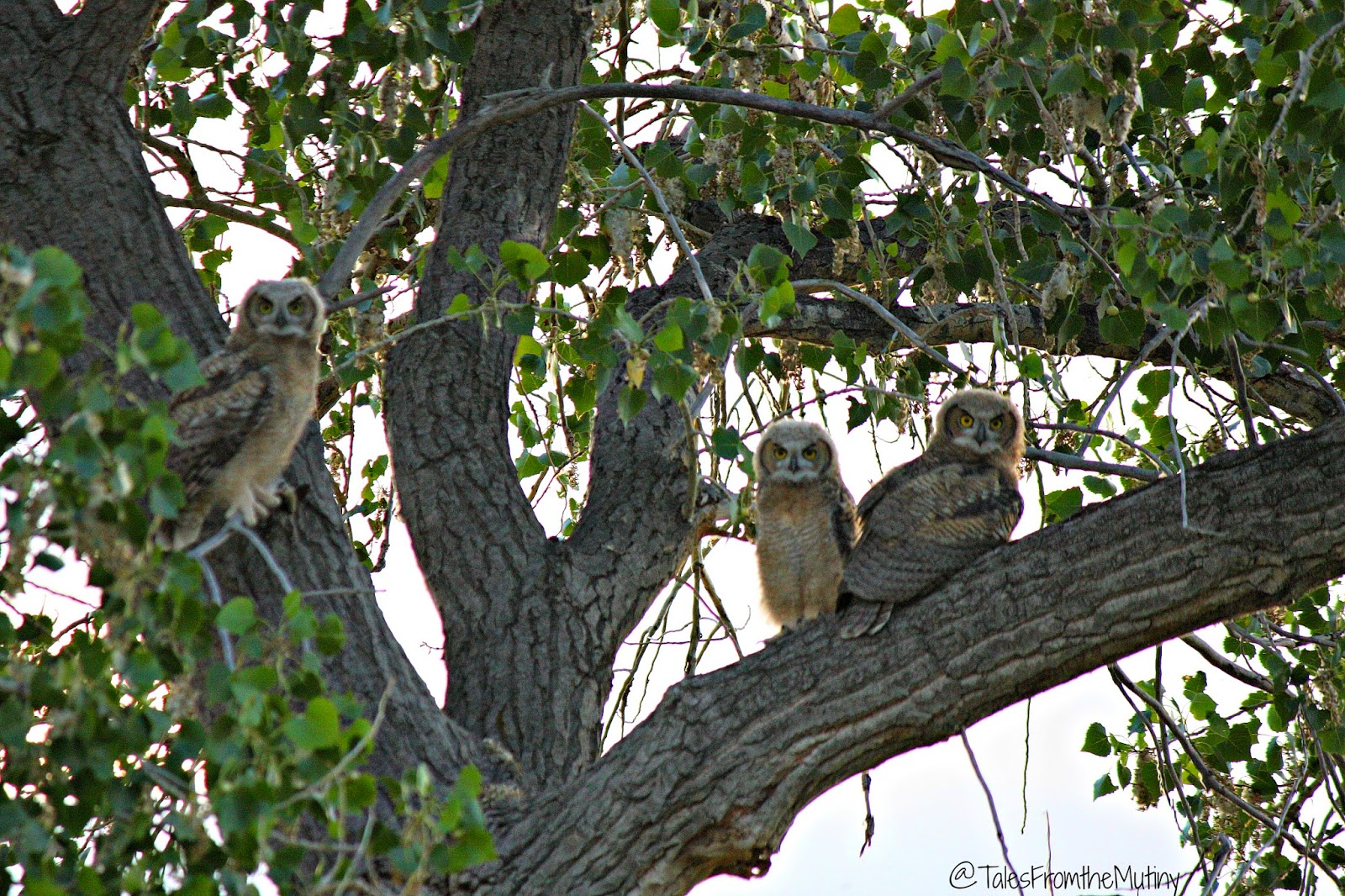 On the plus side, we were right on the banks of Willard Bay which is a part of the Great Salt Lake. And we were positioned to capture some great sunset pictures. We even found some fledgling owls who (see what I did there) obliged us by posing for photos. And it really is picturesque (away from the “campground”).

On the negative side, well, besides the entire “campground” experience, there were bugs beyond belief. Seriously! Now, I try really hard not to dock a campground for things beyond their control like a spell of bad weather or even a few mosquitoes…I mean, we all know that there are bugs in the world and it’s ridiculous to complain about things like the humidity in Florida in August should you choose to visit Florida in August (just don’t). But the amount of bugs at Willard Bay was beyond comprehension. And that is no exaggeration. 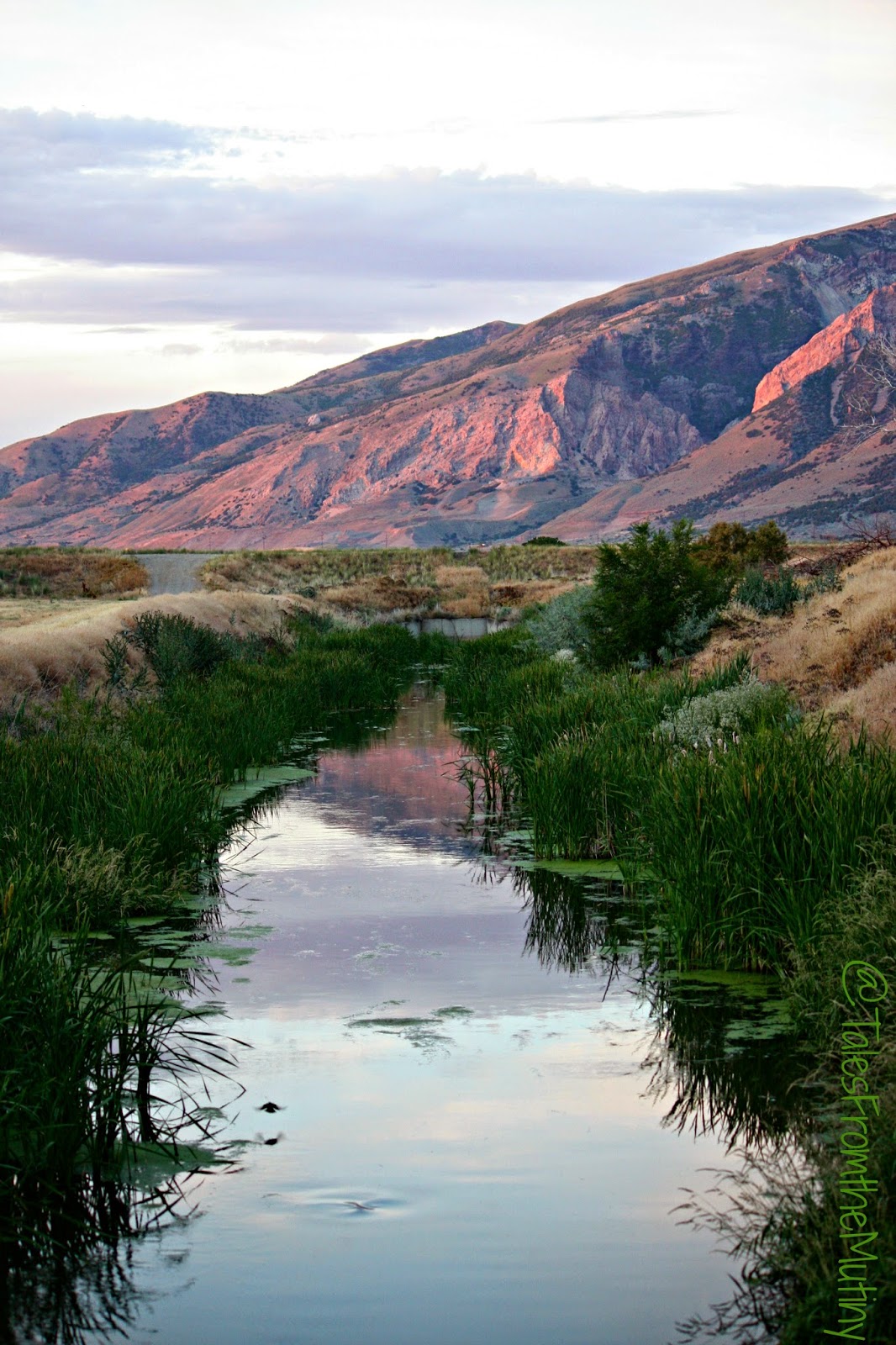 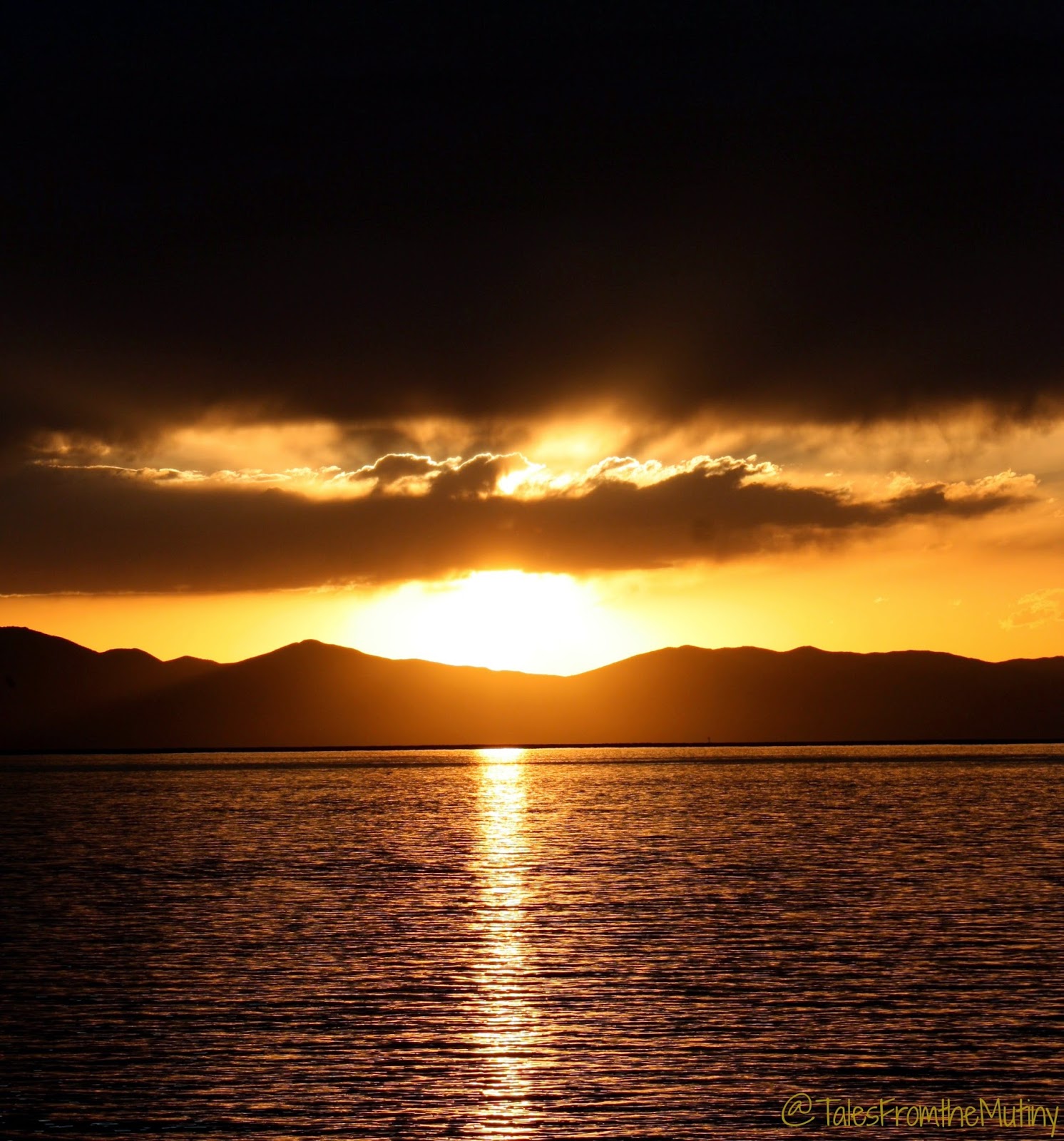 We took what we thought would be a nice bike ride to capture the scenery of the area (we’re always looking for the positive in an area, no matter how bad it may seem) only to have to turn around and high-tail it for cover. We were being pelted with bugs as if we were the giant windshield of say…an RV. To top it of we were also being eaten alive. No joke. We spent 2 nights at Willard Bay smelling like Off!, nursing bug bites and watching rednecks roll coal in the parking lot (aka, outside of our front windows).

But in order to really embrace the Great Salt Lake, home of the LDS and 3.2 beer, we took a drive into Brigham City, just one of the towns named after ol’ Brigham Young, to find some local fresh fruit and do some laundry. As our luck would have it, there was a local barber shop next door to the laundromat. We like locals. And Clark was due for a trim. And we had to wait 40 minuted for the clothes to dry anyway so… 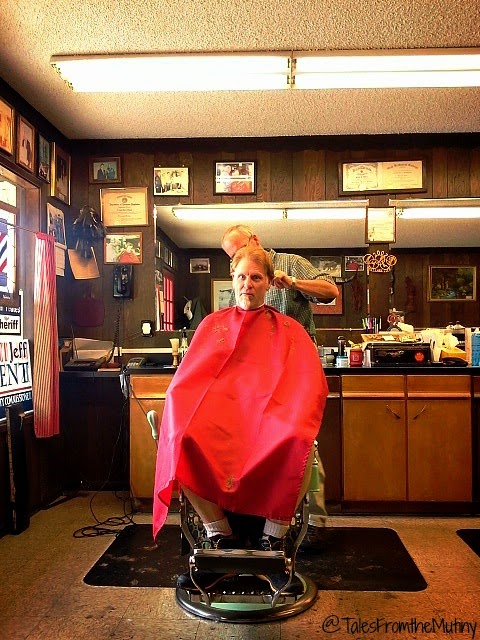 Clark got a haircut. This was no ordinary haircut though. This was a genuine old school haircut that Brigham Young himself would be proud of (or maybe the Quaker Oats guy)…and I’m not trying to bash any religion here…but you know, they could get a little more current with their idea of a flattering cut. During the entire process we had a great chat with the owner/stylist, who has lived here his entire life. He had a small but thriving business in this small town where everyone knows everyone. He was a very nice man…but Clark walked out of there looking like Randy Quaid’s character Ishmael in the movie Kingpin. Sure I could have said something before we paid the guy and walked out but what fun would that be? So, I hadn’t planned on dedicating an entire post to our 2 night stay somewhere we hope to never return to but alas, here it is. I guess the baby owls, sunset and that haircut just demanded the attention.

Note: We never go around to checking out the other part of Willard Bay State Park, which might be quite beautiful. If you find yourself in this area just do yourself a favor and avoid the marina part…unless you like that kind of thing.

Thanks so much for the comments. Perhaps the next time through SLC we'll check out the other side of the park and have a better experience.

Just looked up rolling coal…ugh! Glad you survived. I think it is the challenging spots that help us appreciate the great ones. Thanks for the tips and the great pictures.