True to form the Mutiny crew traveled north, from Moab to Provo, ill-prepared. Well, it’s not as if we didn’t have enough food or gas…we just had no idea what the area would offer as far as sight-seeing or hiking. Coming from an exceptional week of the red rocks, deep canyons, impossible arches and the sheer magnificence of Arches, Canyonlands and Dead Horse Point we knew that city life, even if just for a few days, would be a shock to the system.

So what did we do?

Well, it started with a short 2 night stay at Utah Lake State Park in Provo/Orem, which allowed us a little time to get our bearings, and ended with a whole new plan…and new route, naturally. One of the beautiful things about a house on wheels is that, with the risk of driving off to new places without reservations (for the most part), you can change your mind, and your destination, any time. 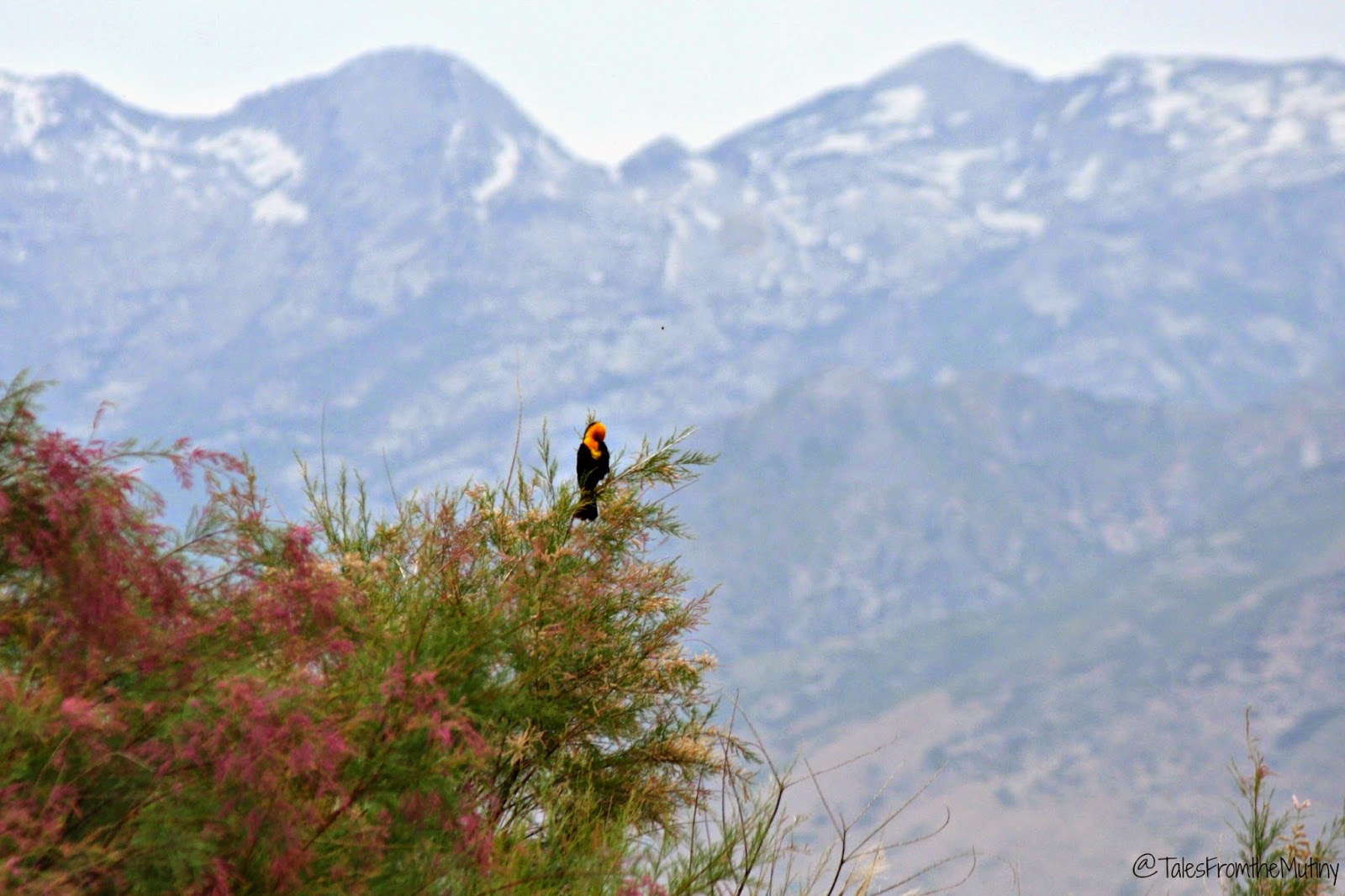 Utah Lake State Park is a nice place to stay to check out the city. We were still living with our heads in the clouds of small town living and, between our recent stays in the small towns of Mancos and Moab, we were overwhelmed with the idea of traffic, big box stores, traffic and chain restaurants. However, we were thrilled to find out that the area is pretty bike friendly…and found an off-the-street bike path that ran all the way from our campground into the city. Additionally, the campground is on the outskirts of the city and has a nice country charm to it.

The Provo River Parkway is actually a multipurpose path that runs 15.2 miles, from Utah Lake to the mouth of Provo Canyon. And, despite some of the scary, narrow tunnels (is anyone coming from the other direction?!?!) we were able to enjoy a nice espresso and some BBQ in the city without having to deal with traffic.

Our short stay allowed for us to do a tiny bit of research on things-to-do in the area and which led to us moving up into Provo Canyon. We stayed just 3 nights at Wasatch State Park in Midway, Utah but they were 3 glorious days filled with quirkiness and beauty. 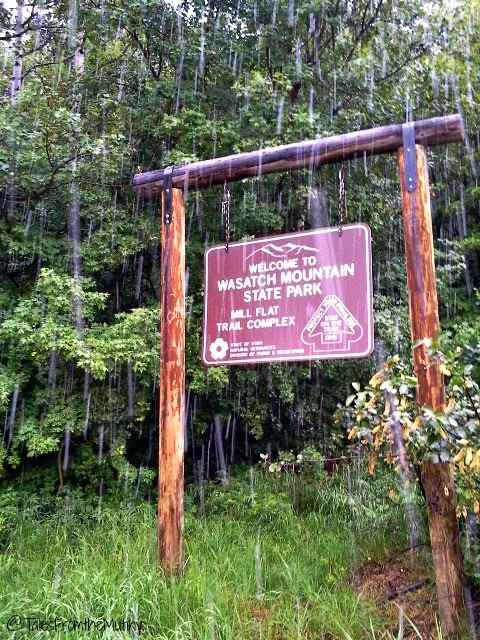 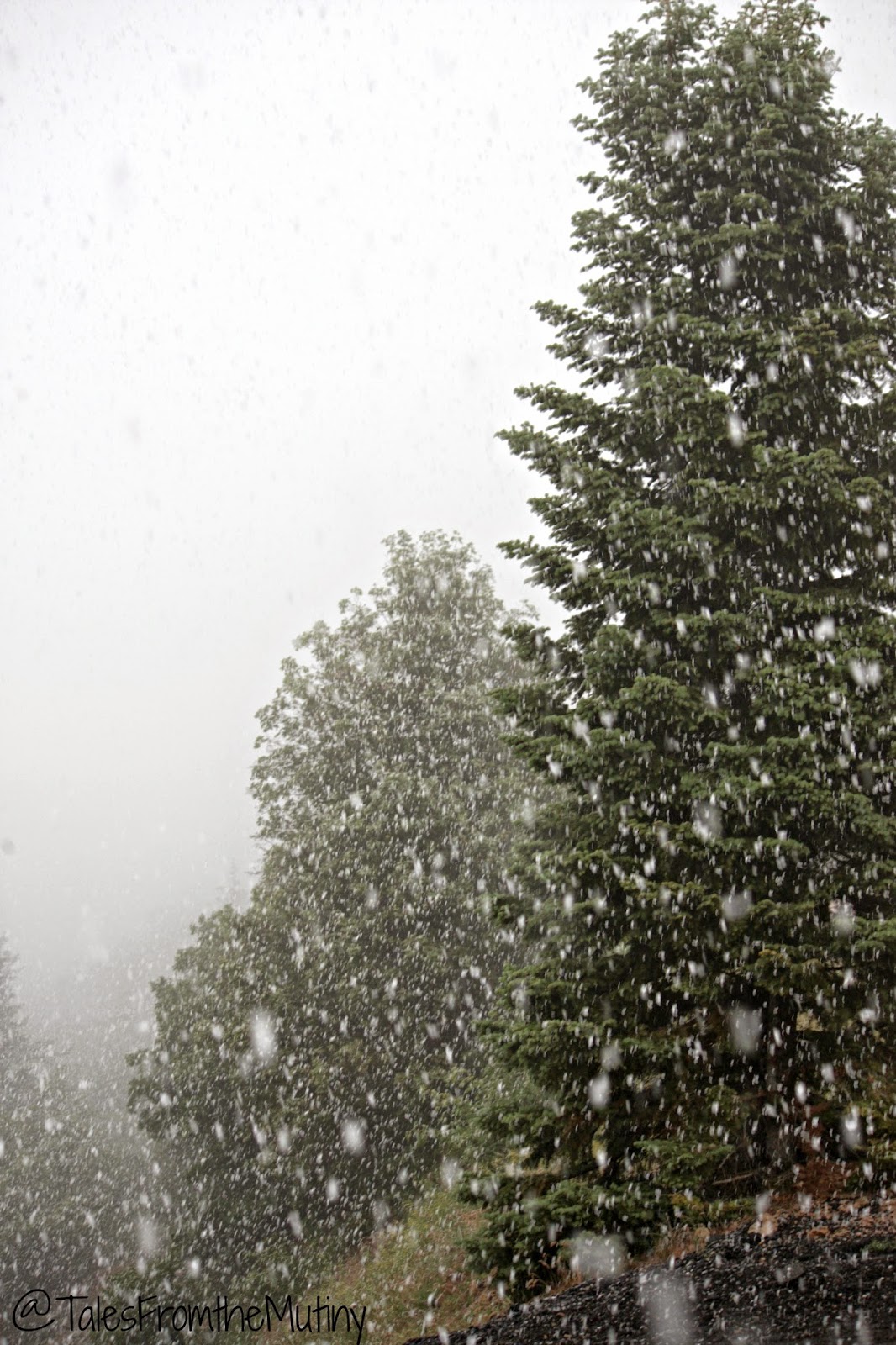 First, it snowed on us. Yes, it was mid-June, but Mother Nature seems to take these dates with a grain of salt. 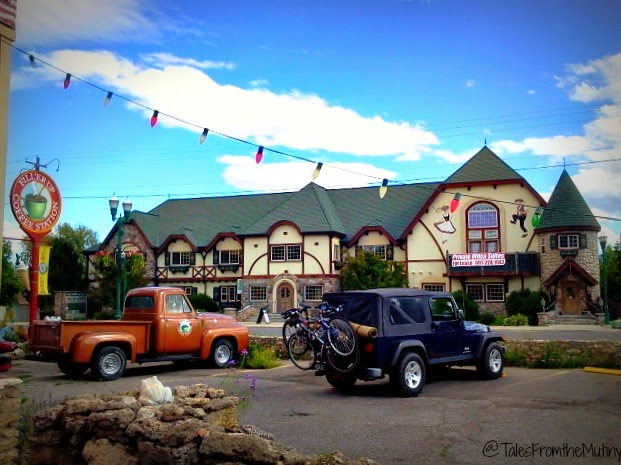 Second, we found out that Midway is a quaint little town that drew Swiss immigrants to its rugged beauty back in the 1860-70’s. And it’s kept that Swiss charm which is displayed in the architecture and hospitality. And here’s the important part…despite it having a population of less than 2,500 people, it still manages to have at least 3 excellent restaurants, a great coffee shop, a professional 18-hole golf course and a “hot-pot”.

Which brings me to… 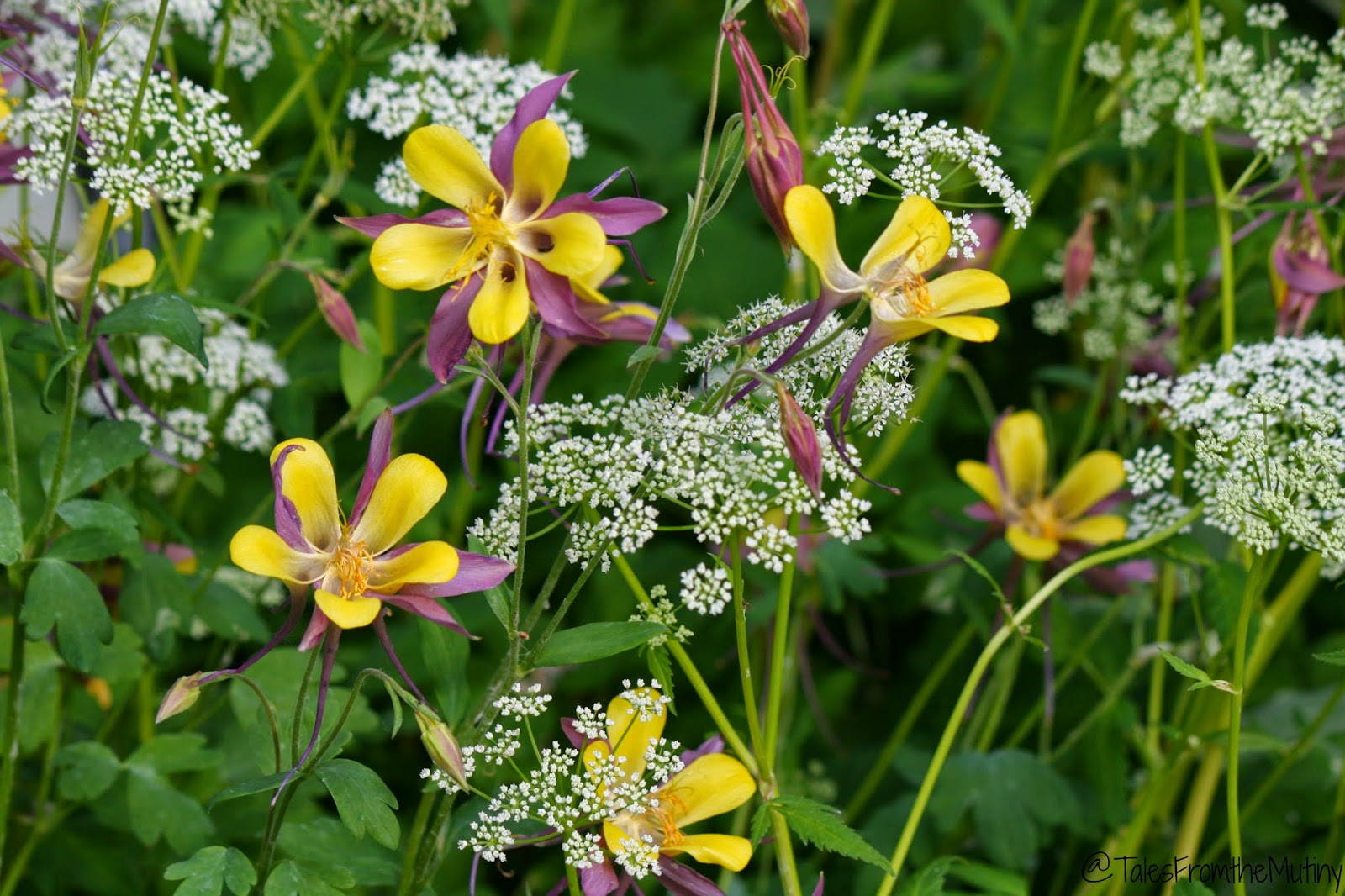 Third, there’s a natural “hot tub” in a dome/cave thingy! This hot-pot is technically a geothermal caldera called Homestead Crater…and it was the real reason we came. Right in the heart of the town is a 55 foot tall, beehive shaped naturally formed dome that houses a wonderful secret. It’s a 10,000 year old hot tub formed from snow melt which is heated by geothermal action (water seeps through the limestone, heats up and is pushed back up filled with mineral goodness) to a comfortable 90-96 degrees Fahrenheit. There is a fee of $11-$16 per person (depending on the day of the week) but I think it’s well worth it. You can even get scuba certified in the cave!

Fourth, we found out through a local that we could drive all the way to Park City without ever getting on a highway. To be more specific, we never even drove on a paved road until we reached Park City. Yep…a lovely late morning drive that included huge clusters of Aspens and sweeping views of the valley…which led to a nice stroll around Park City for some lunch at Vinto (wood-fired pizza) and, thanks to a recommendation from Nealy’s on Wheels, a couple of delicious cocktails at High West Saloon and Distillery. 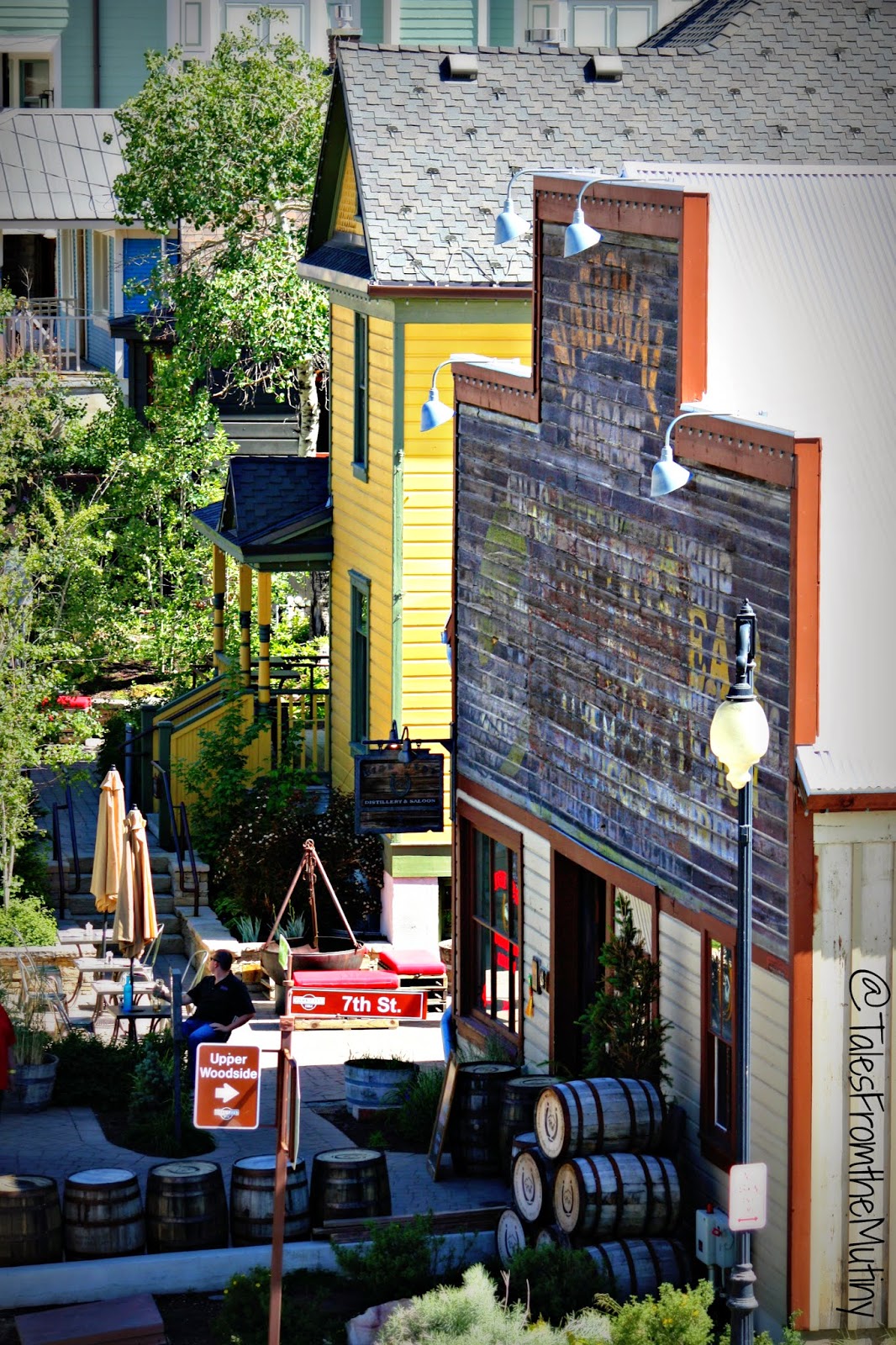 We really enjoyed Park City since, much like Telluride, it’s still got a small town feel with a nice main street and all local shops and restaurants. No big box stores here. Sure, it’s all very expensive but at least it doesn’t feel like you’re in Disneyland. The mountain is open for summer activities like hiking and a scenic lift ride as well as an alpine slide and alpine coaster.

Fifth, we were close to Sundance and pretended to be Jeremiah Johnson hiking out amongst the aspens. If you’re not “in the know”, Jeremiah Johnson is the 1972 film starring Robert Redford about a man who longs for solitude while living at peace with nature. Much of the film was shot in Robert Redford’s backyard…literally. And if you make the drive up past Sundance, you’ll also see why he fell in love with the place.

And lastly, the scenery is amazing. I’m not joking. Just driving up Provo Canyon is a treat and even though it may be slightly out-of-the-way, it’s one of the most scenic drives we’ve taken. 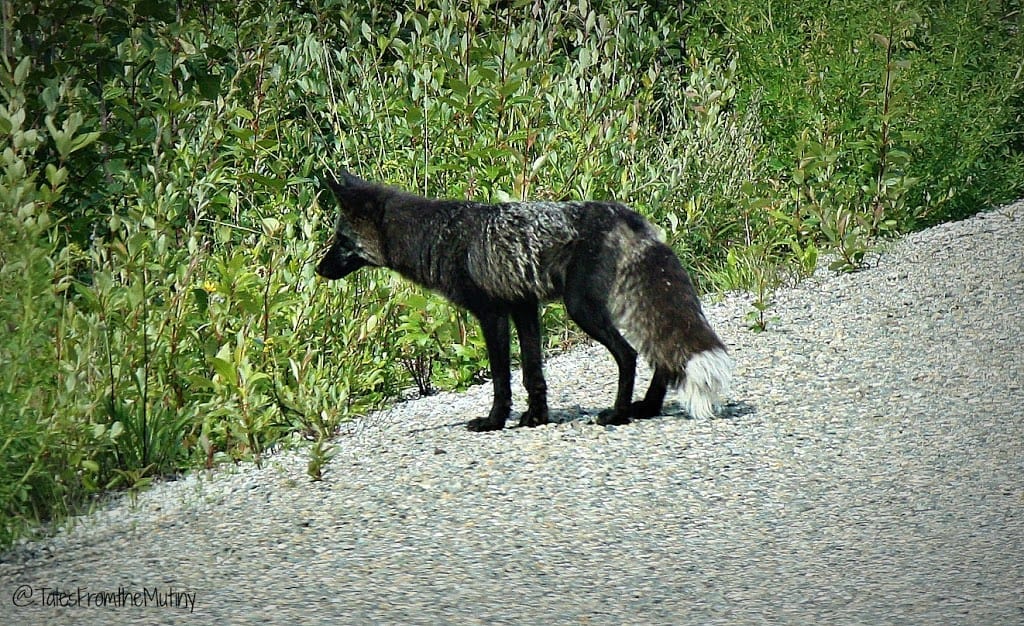 It's a fun place and we love quirky finds like the crater.