We Got the Blues For the Blues: Natchez, Mississippi

After leaving New Orleans we decided we were “close enough” to make a run for Memphis. Clark, being the musician that he is, has always wanted to check it out. So, we headed up Route 61, also known as The Blue’s Highway, making a stop in Natchez, Mississippi (the oldest settlement on the Mississippi River) along the way. 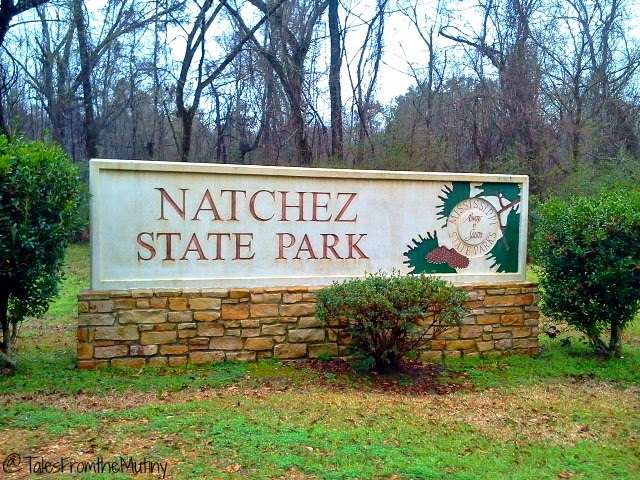 We stayed at Natchez State Park which is about 10 miles from town but has easy access to the Natchez Trace Parkway, a 10,000 year old trail (now paved) that should not be missed. Unfortunately, what I would call the nicer section of the campground (Loop B) was closed due to a water pump issue. We ended up being moved to the older section (Loop A space 1) which was a bit of a disappointment as it was more like a parking spot with very little privacy and right where the roads in and out passed. Still, for $18 per night for full hook-ups it wasn’t all that bad. (Side note: although there is technically a length of stay limit we did meet a man walking his dog who said he’d been at the park for the last 20 years).

There’s a lot of history in Natchez. Established in 1716 by French colonists it became an important settlement on the Mississippi River. And thanks to the Natchez Trace, it provided a gateway to the Old Southwest. It also played important roles in the Battle of 1812 and the Civil War. And, it was a home of the largest slave trade operations in Mississippi.

The Forks of the Road Market had the highest volume of slave sales in Natchez, and Natchez had the most active slave trading market in Mississippi. This also stimulated the city’s wealth. The market, at the intersection of two streets, became especially important after the slave traders Isaac Franklin of Tennessee and John Armfield of Virginia purchased the land in 1823. Tens of thousands of slaves passed through the market, transported from Virginia and the Upper South (many by walking overland), and destined for the plantations in the Deep South. In this forced migration, more than one million enslaved African Americans were taken from their families and moved southward. All trading at the market ceased by the summer of 1863, when Union troops occupied Natchez.

Natchez became a very wealthy city, due in part from it’s prime location on the Mississippi River and the slave trade. Plantations and antebellum mansions sprung up all over. According to their website the city boasts “1,000 plus structures listed on the National Register of Historic Places, and about a dozen of those are actually designated as National Historic Landmarks”. And a big thing to do is visit these exquisite homes and I highly recommend checking them out…and don’t miss their gardens! 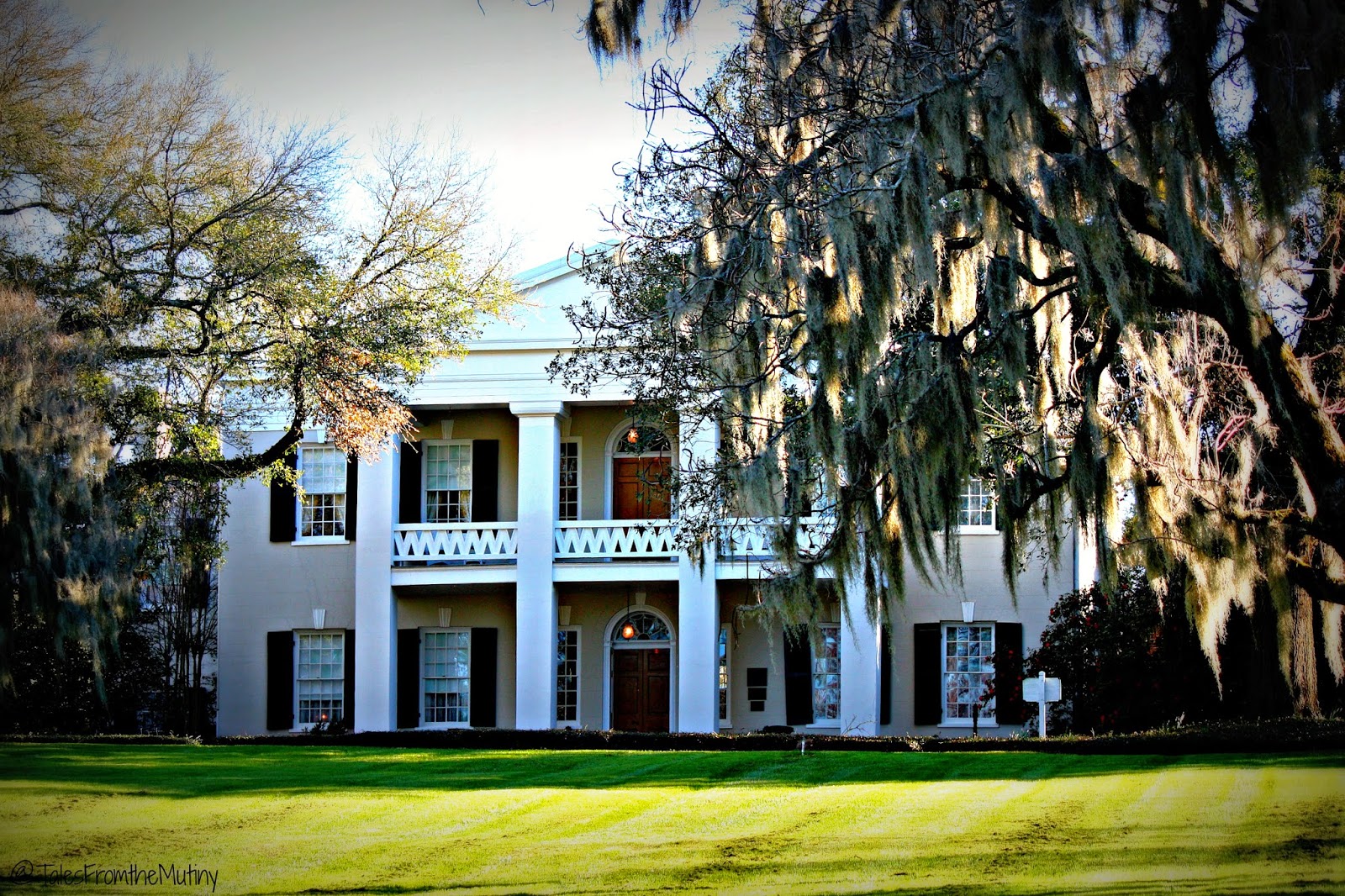 Twice a year the city hosts a Pilgrimage Tour (spring and fall) where private and public antebellum homes are available for tours. We were there just in time for the Spring Pilgrimage but once we found out how expensive the tickets were we opted to see the “free or cheap houses“…and we still managed to be awe-inspired. 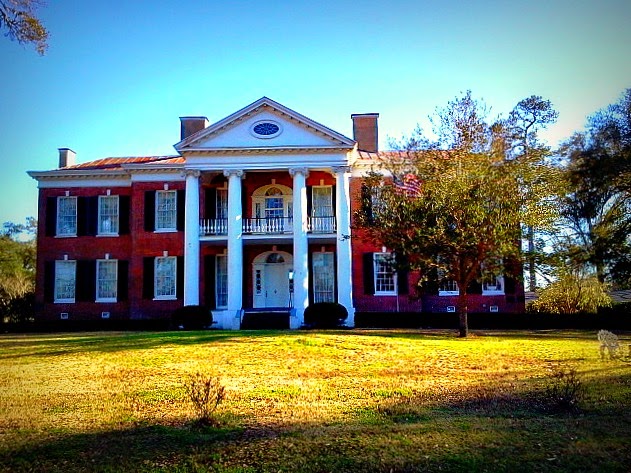 There are also two beautiful cemeteries you can visit (if that’s you thing), the Historic Natchez City Cemetery (pictured below) and the Natchez National VA Cemetery which overlooks the Mississippi River (somehow I’ve misplace my photo of that one).

The town is beautiful and the homes well preserved. The Visitor’s Center is the best I’ve ever seen and should be your first stop…unless you want to follow our lead and make a pit stop at The Donut Shop on the way.

But it was also weird. We didn’t notice it on the first day but by day two we realized that the town appeared to still be segregated. Not in the Jim Crow way, it was more subtle. But for a city that has a higher population of African Americans than Caucasians we failed to see any diversity at the restaurants and bars we stopped in (except for a cook and a bus boy). As we drove through several neighborhoods there was a pretty clear delineation between “white” neighborhoods and “black” neighborhoods.

Also, despite Natchez being one of the birth places of juke, blues and jazz music not a single bar or restaurant played it…even if their name implied it.We were looking forward to hearing music at Biscuit & Blues but all we got was Brittney Spears and this hilarious receipt (I had ordered unsweetened iced tea): 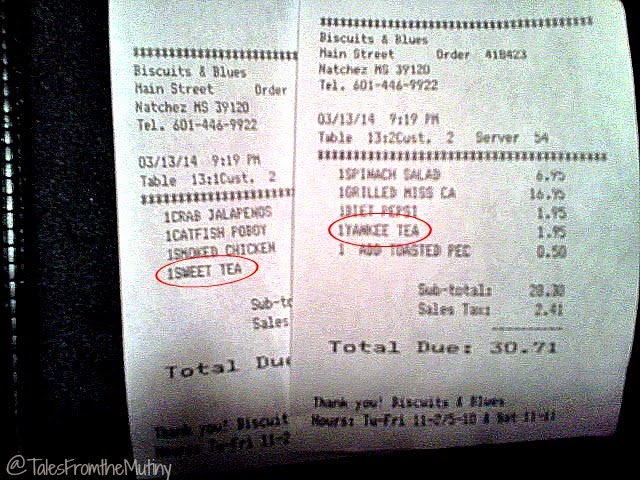 Granted, we were only there for 3 full days so perhaps we didn’t get a good sampling of the area…and maybe we were a little swayed when our “neighbor” at the State Park (the fella that had lived there the past 20 years) greeted us by saying not to worry about his dog because he only “hated {insert derogatory word for black people}”.  Well, combine that with visiting the Forks and you realize that the Ol’ South is alive and well in many places.

But there were also some highlights…besides those glorious glazed donuts…for one, we got to meet Eric and Brittney Highland of RV Wanderlust (you can read their review of Natchez here). They saw that we had checked-in to Natchez State Park on RVillage and sent us a message. We met up at Under the Hill Saloon for a cocktail at sunset:

Another highlight was taking a wrong turn (an accidental adventure if you will) and coming across this house:

Natchez boasts about it’s restaurants but coming from New Orleans they didn’t stand much of a chance. However, for some good ol’, stick-to-your-ribs arteries-be-damned food check out the spread at Fat Mama’s Tamales. We thought, being a kind of Mexican themed place that I (the plant-based eater) would be able to find something meat-free and boiled-to-death in pork fat-free food…but I was mistaken (note: you can get tortilla chips covered in cheese sauce reminiscent of ball park food). My “meal” ended up being one of their “Knock You Naked” margaritas.

And we made it out to Emerald Mound, a ceremonial area used by the ancestors of the Natchez Indians, which was pretty cool. 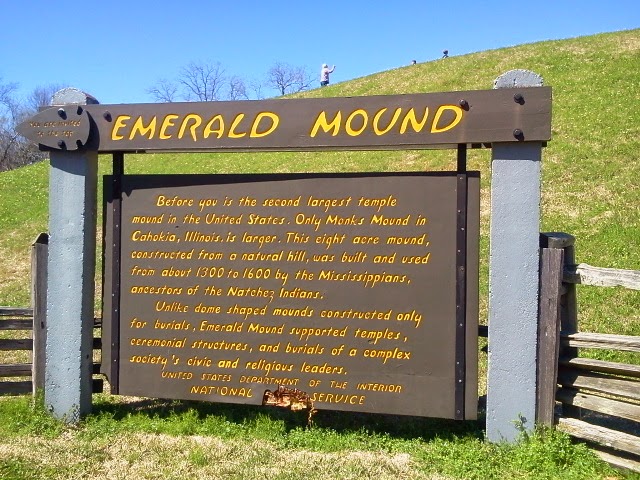 With only 3 days to explore the area we were unable to fit it all in. There are a variety of other activities to check out such as wine tasting at the Old Southern Winery, hiking and birding at Saint Catherine Creek National Wildlife Refuge, visiting the Grand Village of the Natchez Indians, antiquing or even gambling at one of the casinos. I don;t think we’d ever purposely plan a visit here again but if happened to be a spot we passed through again I would love to take the time to talk with some of the locals and get a better understanding of the cultural dynamics. And I’d get more donuts…of course.

I lv Mi double s i double p i! Used that route twice for lower AL and always too fast. I could spend a season in that state. Tagging some of your stops for our spring run to IL….have fun! #singtheblues

Great stop by Tupelo…firewood free for all you can drag from the woods!!!

I lv Mi double s i double p i! Used that route twice for lower AL and always too fast. I could spend a season in that state. Tagging some of your stops for our spring run to IL….have fun! #singtheblues