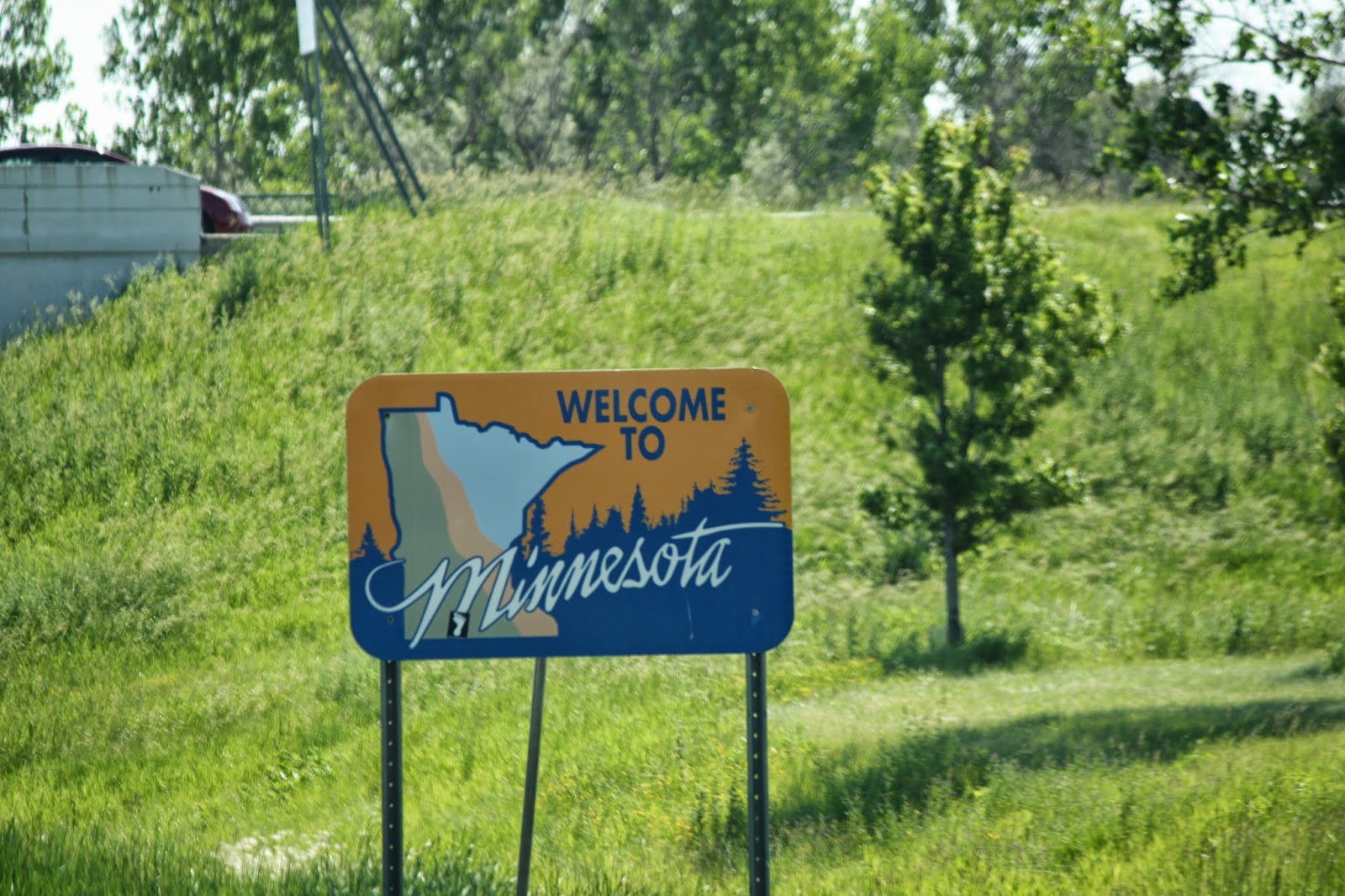 Somewhere between St. Louis and South Dakota I had downloaded and read the novel Main Street by Sinclair Lewis. Set in the 1910’s, the book is about a young woman from St. Paul who marries a doctor from the the fictional small town of Gopher Prairie, Minnesota. She wants to change everything about the town, the boring people, the lack of architectural interest and add some class and culture. It was Lewis’ first real literary success and describes the American small towns lack of individuality and it’s dullness. Although it is widely known that Lewis based this story off of his home town of Sauk Centre it could really be about any small town:

“The town is, in our tale, called “Gopher Prairie, Minnesota.” But its Main Street is the continuation of Main Streets everywhere. The story would be the same in Ohio or Montana, in Kansas or Kentucky or Illinois, and not very differently would it be told Up York State or in the Carolina hills.”

So, as you can see, there was no doubt that our next stop would be Sauk Centre, Minnesota so I could visit Sinclair Lewis’ home and continue my Readtripping adventure even though I hadn’t known when I read the book that we would be passing right through this town.

Well, we actually ended up staying one town over, in Melrose. It turned out The City of Melrose offers 12 camping sites (eight water and electric and 4 electric only) at the Sauk River Park (which is kind of just a ball field and small recreation area). There’s also a dump station on sight. And, much like the premise of Lewis’ novel…Melrose could have been Sauk Centre or any of the other small towns we passed.

I have to admit, having read Main Street certainly made our stay in this tiny town more interesting. It was so fun to picture how Carol would have seen these towns as the train passed through…carrying her from the big city to the rural “Gopher Prairie”. Nearby is the Lake Wobegon Regional Trail which is a 62 mile bike and hike pathway that was once part of the rail road. It passes through many small town “Main Streets” including Melrose and Sauk Centre. 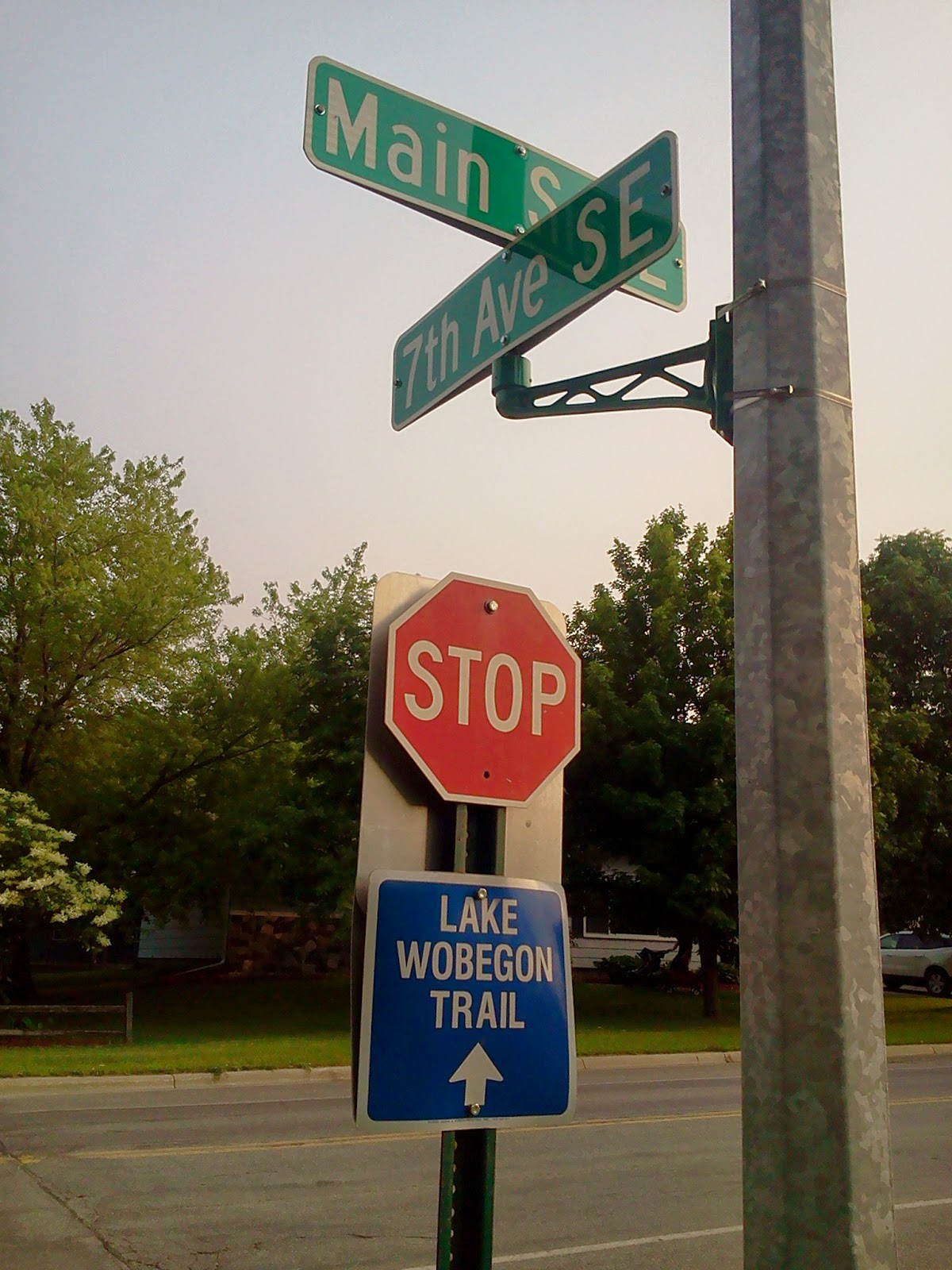 I toured Sinclair Lewis’ home and we stopped for Bloody Mary’s at the Palmer Hotel where he worked before heading out to Harvard. We also stopped by the Sinclair Lewis Interpretive Center which has an impressive collection of everything Sinclair Lewis {even Clark loved looking around there}and is free of charge. 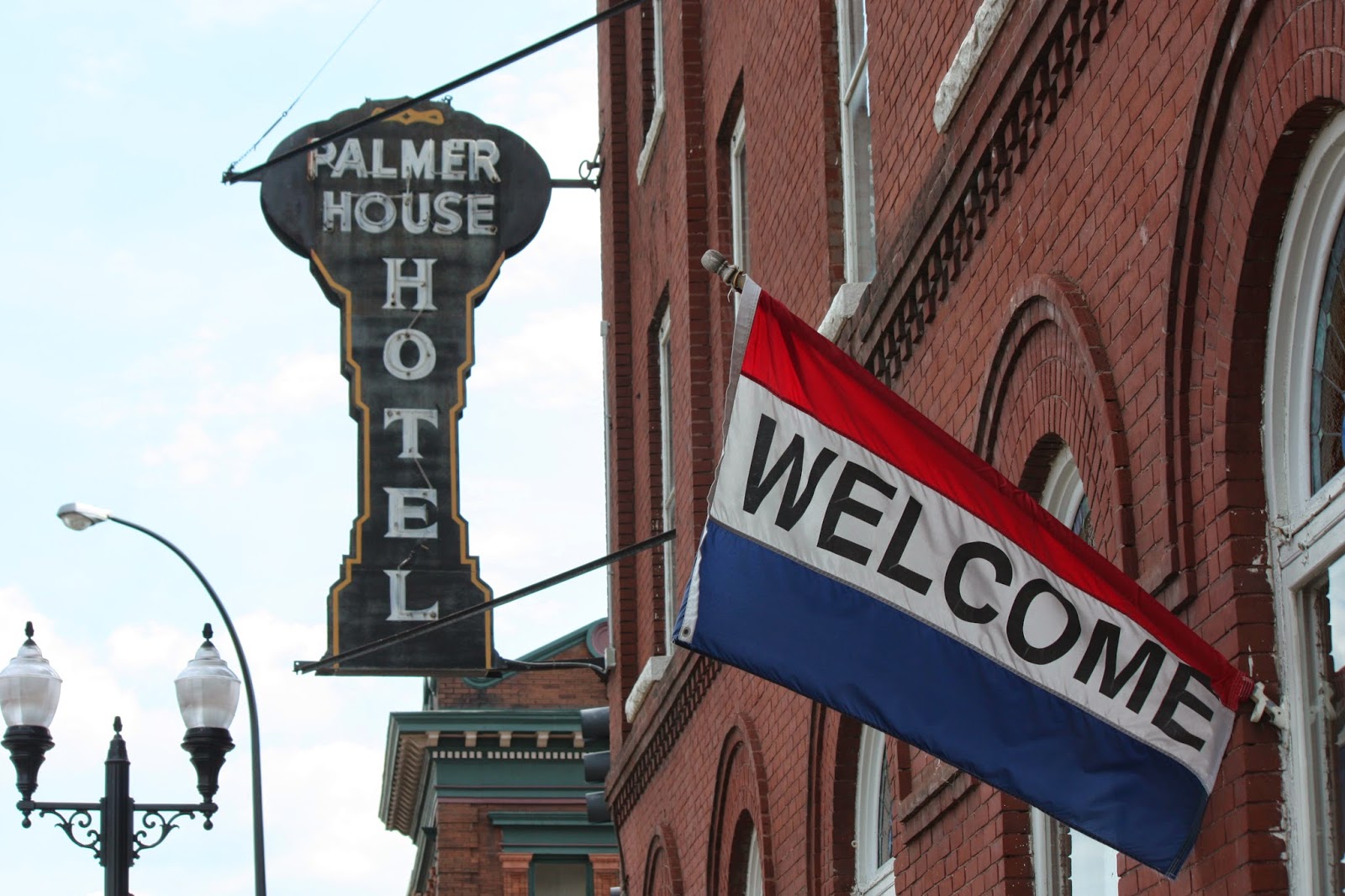 But one of the best (and unexpected) things that happened during our short stay was Riverfest. Yes…right in that little city park Melrose holds it’s annual 2-day long Riverfest Ag-stravaganza. It includes a 5K, softball and kickball tournaments, live music, hot dogs, a parade and fireworks! And let me tell you, we had the best seat in the house!

But as spectacular as this festival was I think this one last picture sums up our stay and perhaps how Carol felt about rural life in Minnesota: