St. Louis…Home of the Pork Steak and Corkball* 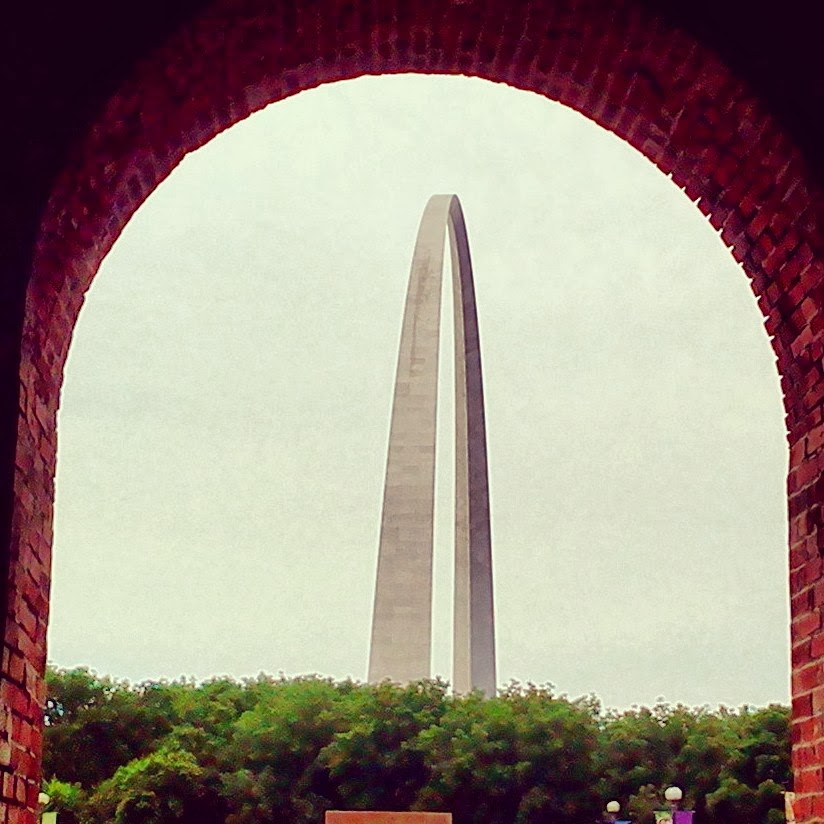 St. Louis…that magical city on the Mississippi River that might be the best thing since sliced bread…which is funny, since the bread slicer was invented here. It’s unfortunate that I didn’t know much about St. Louis when we visited briefly in May last year. The 3 things I did know were that Clarks’ brother was currently living there, it was home to Gateway Arch and that East St. Louis (where we were staying at the Casino Queen RV Park) has the highest crime rate in the United States…O_o

(Also, my favorite essayist, David Sedaris, was going to be in town for a book signing the same weekend we were there.) 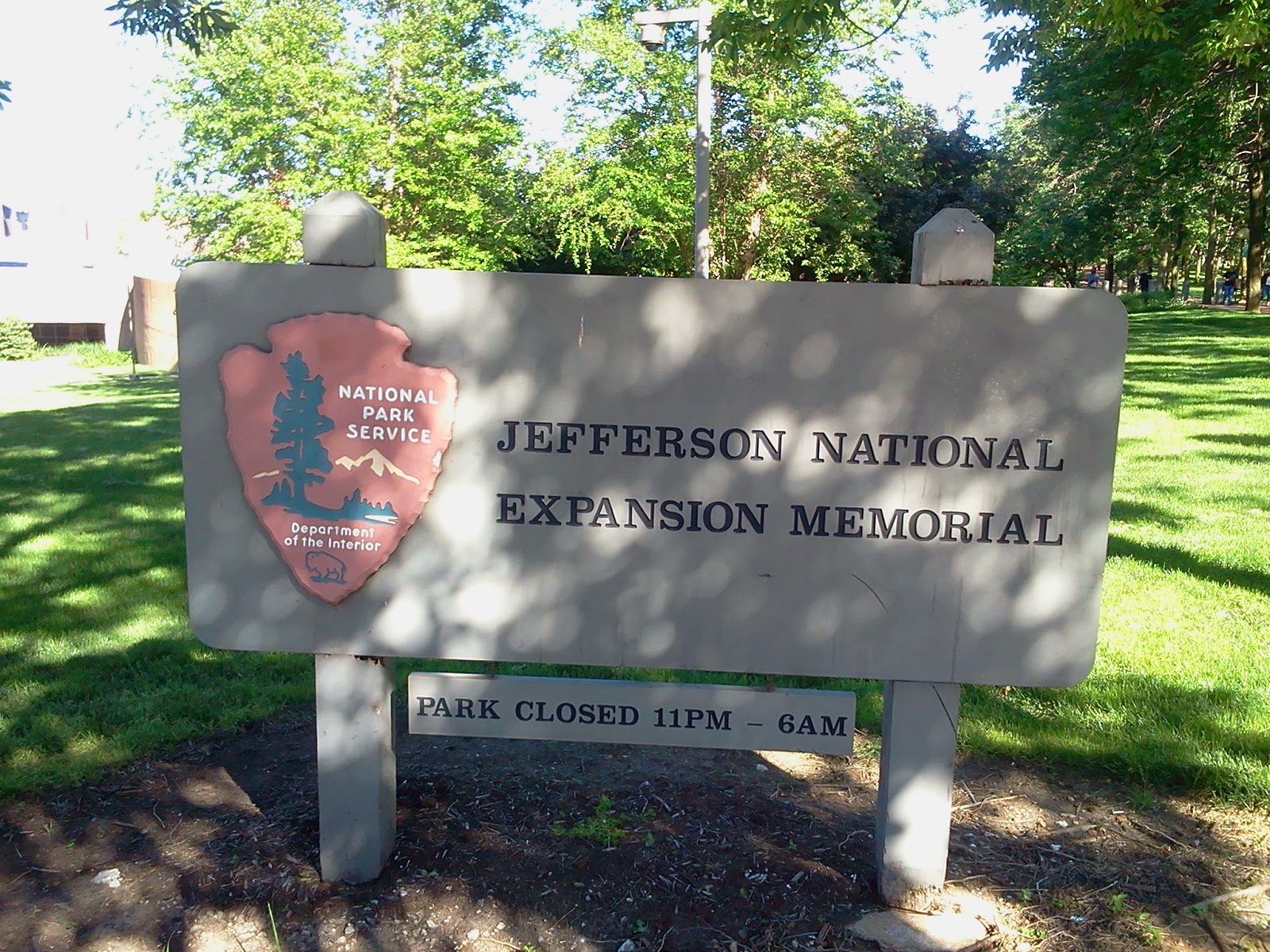 But we are optimists…and we came from the East Bay (aka Oakland/Vallejo area-okay, maybe a little further east in a not so ‘tough’ neighborhood)…and thankfully our RV park was gated. The Casino Queen RV Park was almost completely blacktopped but offered full hook-ups with 50 amp service, wifi and free shuttles to the Metro Station and the Casino. Plus, if you looked just right you could see the Gateway Arch in the background!

Some of the things I wish I had known about St. Louis {and you may be glad to learn if you’re planning to pass through this cool city} prior to our visit:

Sadly, our trip was short and sweet and involved doing just 3 things:

A trip to the top of the Gateway Arch:

A ride on the Metro to meet Chris and Paula for drinks: 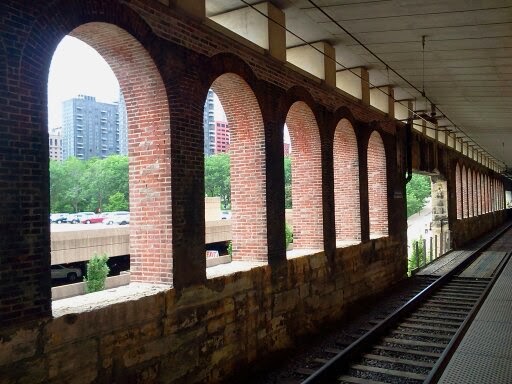 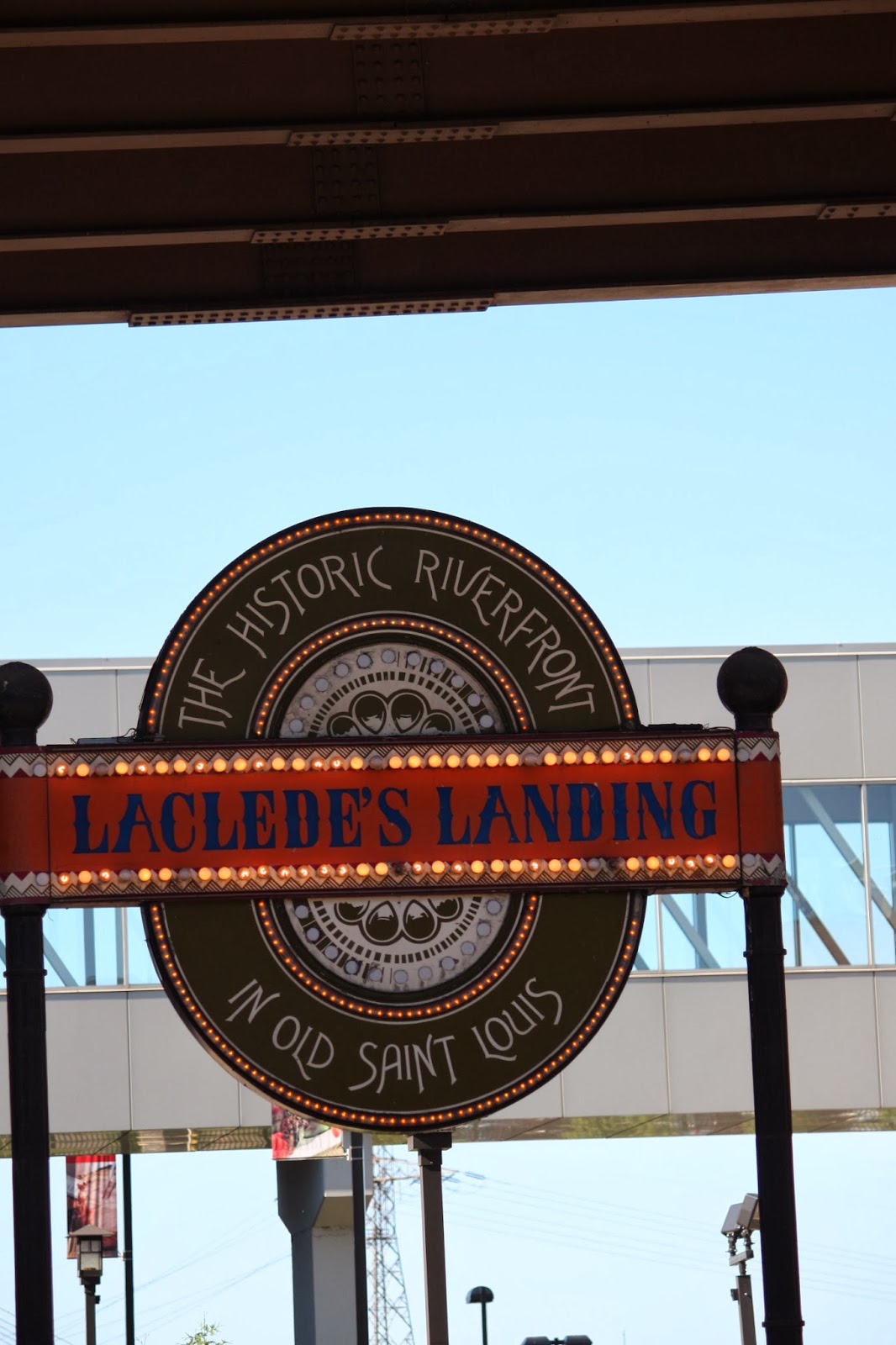 And my marathon night at the book signing:

Had we done more research we would have spent more time in the city hunting down some of the quirky sites {The City Museum or Museum of the Dog} as well as the historical ones. I almost feel like we need a “do-over”.

I was surprised at how beautiful the architecture was: 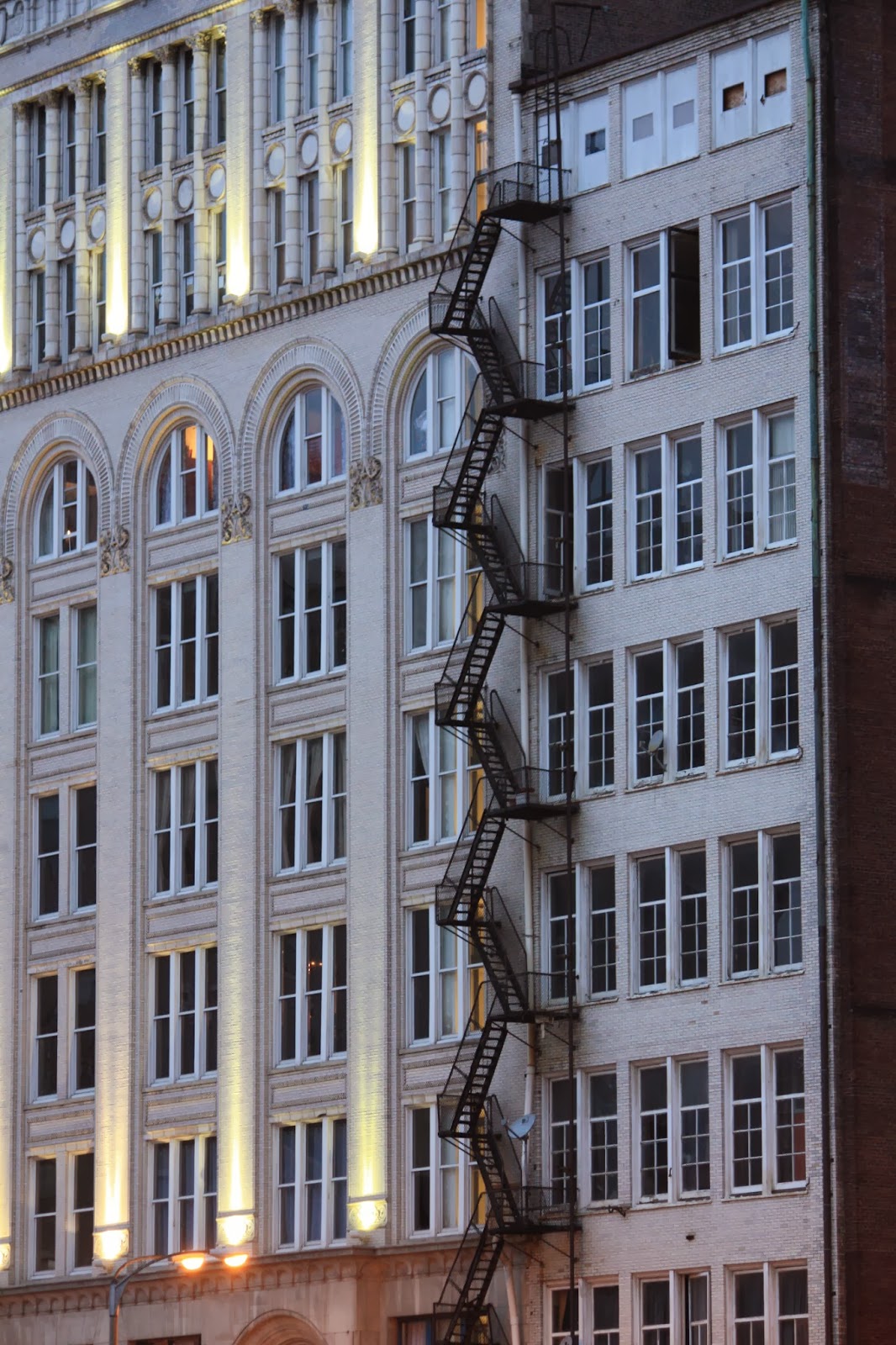 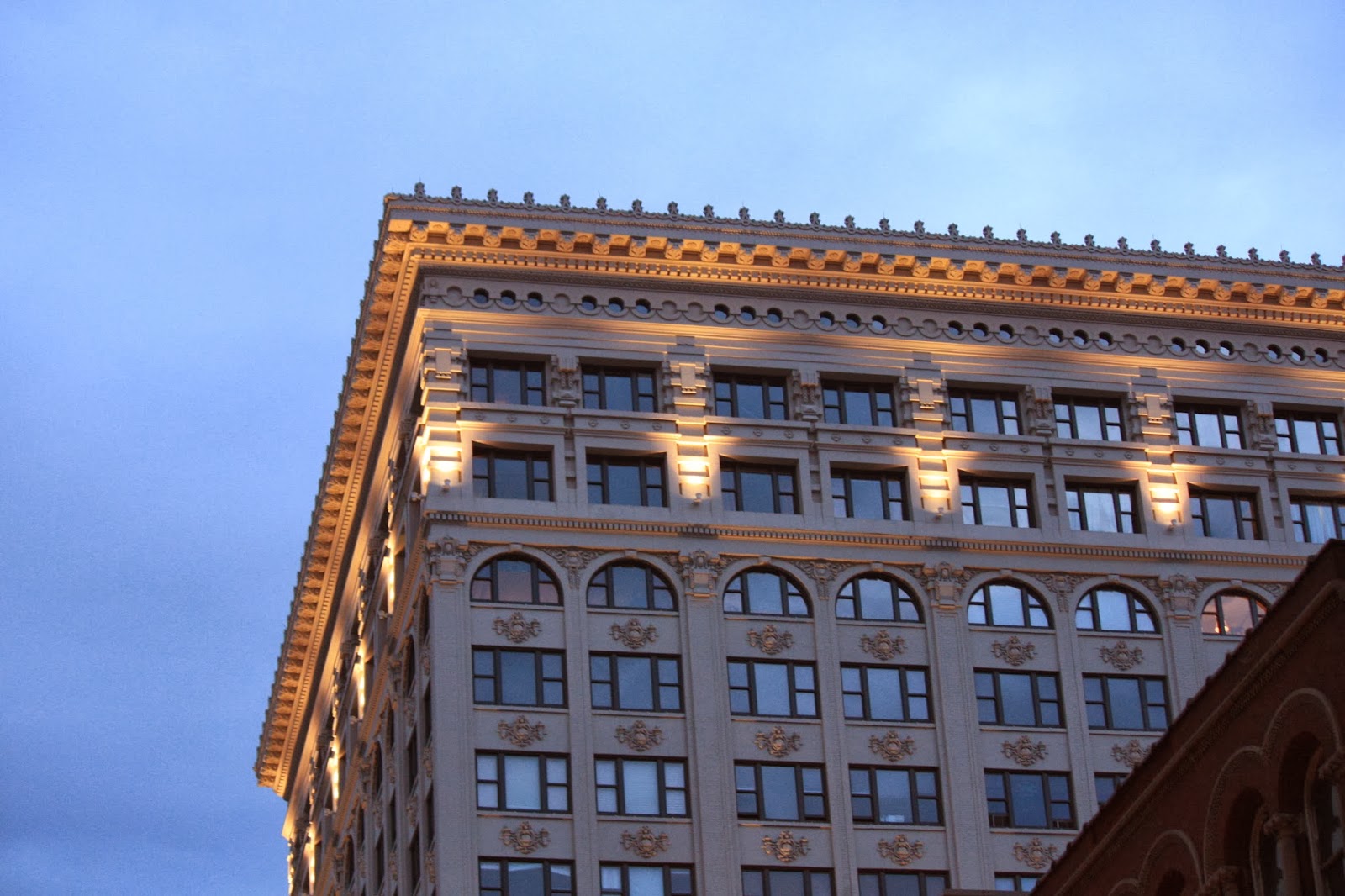 And how cool the bridge between St. Louis and East St. Louis was:

It was a whirlwind stop…and speaking of whirlwinds, it was only a few days before our stay in St. Louis that the tornado ripped through Moore, Oklahoma. To say we were on high alert would be an understatement. Part of the reason we didn’t stay longer was our desire to get through the Midwest and head north as quickly as possible. From May 18-21 there were 56 tornadoes  in the Midwest (including several states we needed to drive through) and from May 26-31 there were 86 tornadoes!

It was shaping up to be an “interesting” drive through Missouri and Iowa on our way to South Dakota.

*Disclaimer: I don’t know what Corkball or “Pork Steak” actually is but they were both invented in St. Louis. =)

Riders On the Storm…aka Crying For My Mom to Save Me in Tornado Alley
February 27, 2014