Nashville…home of the Fried Green Tomato (oh, AND Country Music) 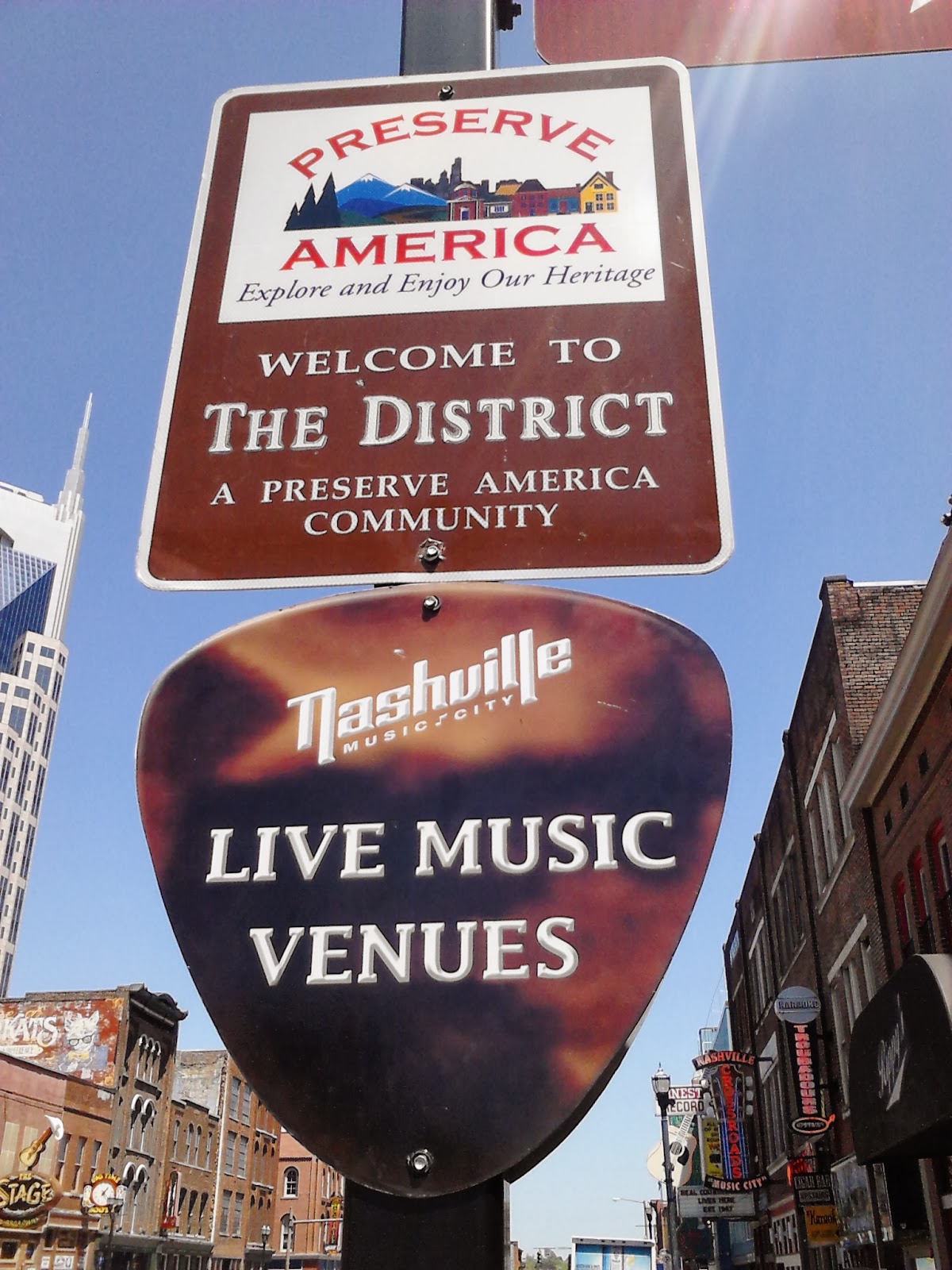 We spent a week in Nashville (April 24-May1, 2013) to visit family and check out the music scene. After checking into the Nashville Country RV Park (which accepted our Passport America discount for 4 of those nights) we hit up the famous Nashville Farmers’ Market. Although it was far from peak season there was still plenty to shop for, sample and enjoy. One of the nice things about this Farmer’s Market is that it’s open 362 days a year.
While Nashville is a nice enough place (and it was great to spend time with our niece and her soon-to-be husband) it became pretty clear that it was another eat and drink your way through kind of places. I’m sure one could find plenty to do that doesn’t involve eating and drinking but there is a heavy emphasis on these 2 activities (much like the touristy parts of San Antonio, Austin and New Orleans). We generally aren’t opposed to partaking but lets face it…we aren’t exactly in our Party Prime anymore. And after recently being in Austin, San Antonio and New Orleans, we might have been a bit burnt out by the time we arrive in Nashville. 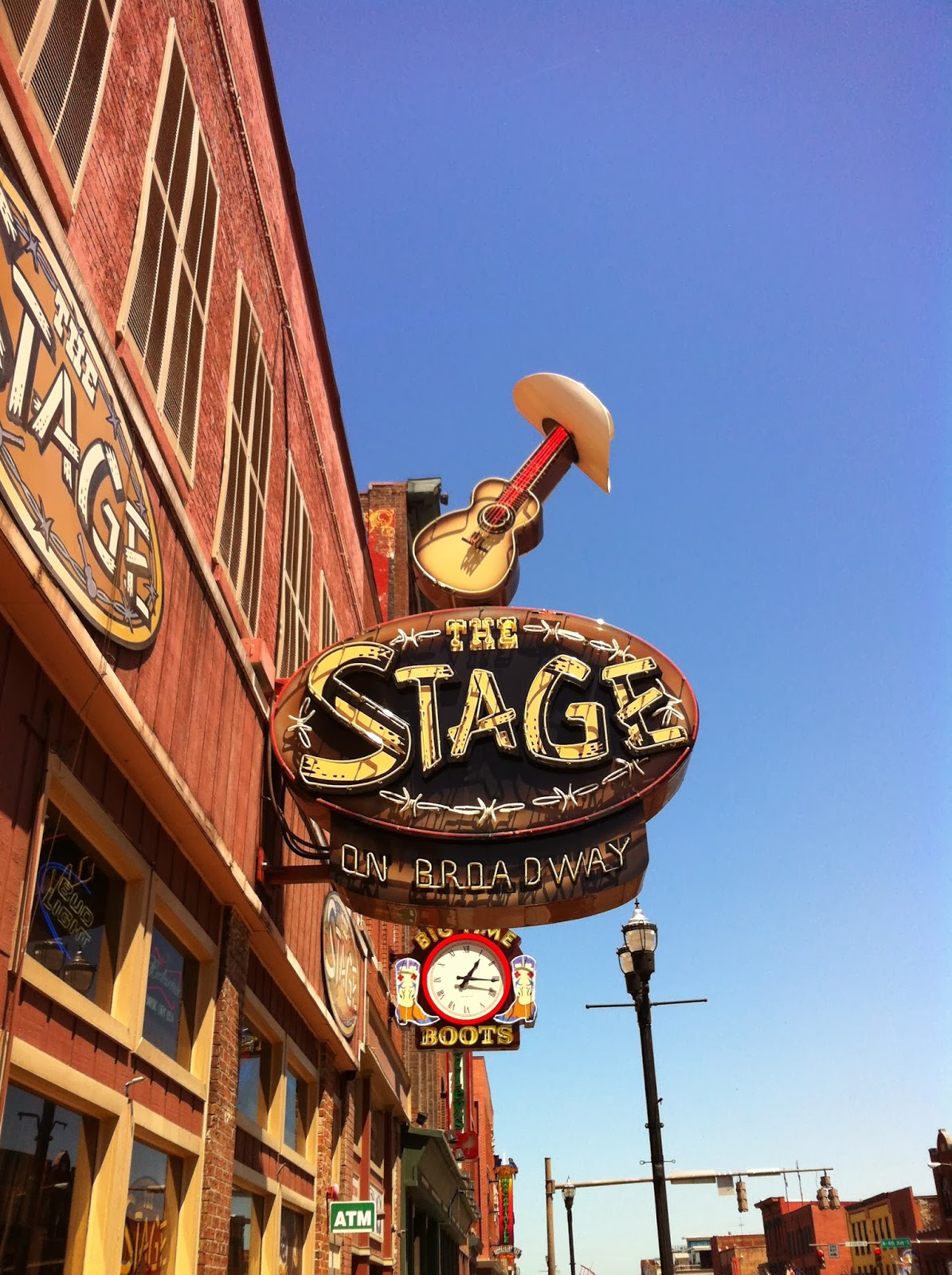 However, being the troopers that we are, we still managed to get in a good sampling of tourist activities to share with you, our loyal readers.
Although we didn’t eat out as much as we could have (Nashville has plenty of eateries with high ratings and stellar Yelp reviews) we did make to the Loveless Cafe which had been named America’s “Top Down-Home Dining Spots”. Having opened in 1951 they are proud to tell ya’ll that the biscuit recipe has never been changed, proving that “new and improved” isn’t always the case. While the menu was lacking in vegetarian options (the veggies were cooked, of course, in fat back or ham) they did serve a nice Fried Green Tomato and had a few side dishes and salads that, if you didn’t ask too many questions (like is this cooked in lard or vegetable oil), could pass as vegetarian (but perhaps not vegan). It’s the atmosphere and history served up with genuine country comfort food that drives people here…and it’s all topped with a nice helping of Southern Hospitality.
Another spot we hit up (mostly because we were starving and searching through Yelp reviews seemed overwhelming at the time) was the Wildhorse Saloon. Unless we’re with other people, we tend to stay away from ultra-touristy restaurants (like Bubba Gumps, Hard Rock, Margaritaville, etc.) because they’er, well…so touristy. If I’m going to travel all over this country I’ll be damned if I’m going to eat the same food in Nashville that I can in San Francisco or Miami (I’ve never understood those people who travel somewhere for business or pleasure and then find the local Applebee’s or Buffalo Wold Wings, uh, hello…there’s a whole wide world of culinary bliss right outside the “food court”). But, because I was fading fast…when I get hungry bad things happen…we popped into Wildhorse despite the “Planet Hollywood Vibe”.
Now I can’t really say I’m an expert on the heavenly meal that is known as fried green tomatoes but I know what I like. And Wildhorse had the BEST Fried Green Tomatoes I’ve had since my dear old grammy (God rest her soul) made them for me years ago. I like my FGT ‘depression-era style’, that being seasoned and dusted in cornmeal but of late the trend seems to be battering these delicious slices of underripe nightshades KFC style, as if they were chicken legs. What you’re left with is a whole lot of deep fried flour and a limp whisper of the actual fruit. No sir-ee…I want a nice thick meaty hunk of green tomato and light dusting of cornmeal…something I can eat with my fingers…and that’s what I got at Wildhorse. I can’t comment on any of their other food so you’ll have to take a chance on that…but just know that the FGT are worth stopping in for sure.
*Disclaimer: I’ve been told that Arnold’s Country Kitchen has the best Fried Green Tomatoes but we never got a chance to try them so I can’t verify this claim. If you’ve been let me know your thoughts. 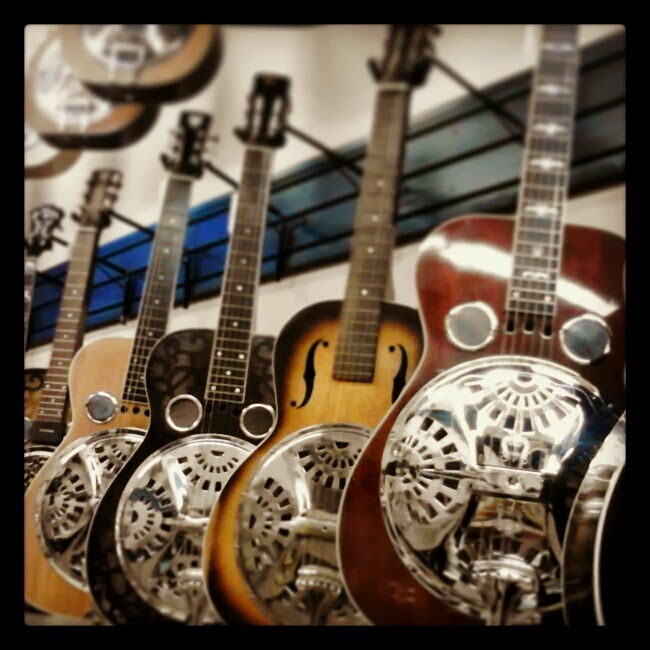 While we did tour through the Country Music Hall of Fame and Opryland the only live music we heard was downtown on Broadway at a few random bars. We spent some time in Paradise Park Trailer Resort, which will make you feel a little trailer trashy even if you aren’t living in a trailer (or RV). And then had such a good time at Tequila Cowboy, enjoying the live music and libations that, much to my dismay, I lost all track of time (as well as the number of drinks I consumed). Like Austin, it’s hard not to have a good time in Nashville in the evening when the musicians (and drinks) come unleashed.
Even though we didn’t really partake in the music scene that is Nashville (recommended places would be The Bluebird Cafe and catching a show at Wildhorse or the Grand Ol’ Opry) we had a great time. We also enjoyed Centennial Park and the Parthenon on one of our only good-weather days during our week in Nashville (the beautiful fields of flowers almost made up for the 6 1/2 days of rain). 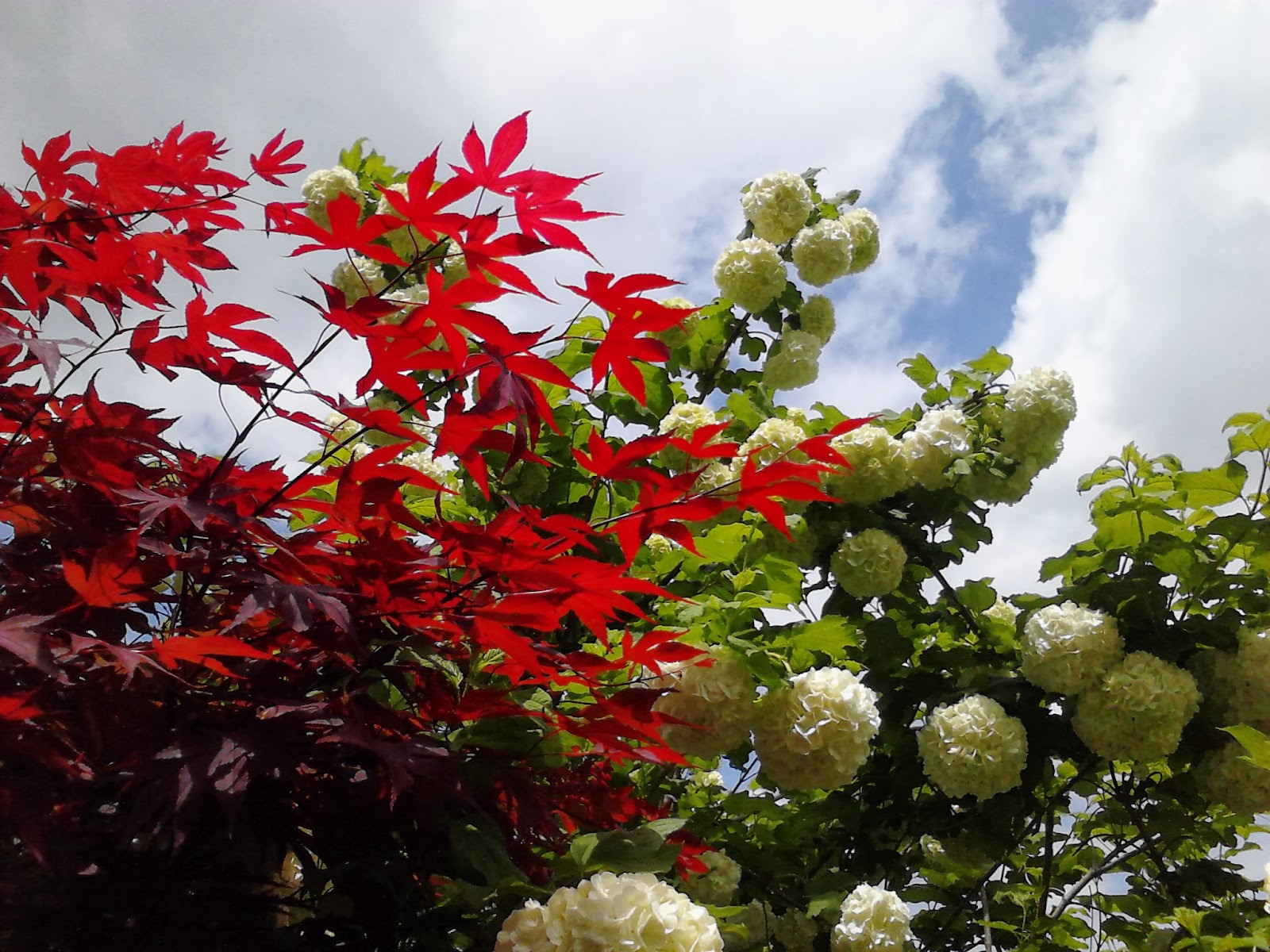 And finally, we took a chance on touring Belle Meade Plantation and Winery. Having lived in the California Wine Country for so long Clark has lost his love for winery tours (#1 he doesn’t drink much wine and #2 he must have had a bad experience in Napa with some wine-snobbery which has now tainted him). However, this was a chance to kill two birds with one stone…tour an old plantation and learn about some Civil War history as well as try some local wines (I guess that’s 3 birds). Truth be told, everything about the tour was great and Clark loved the wine. 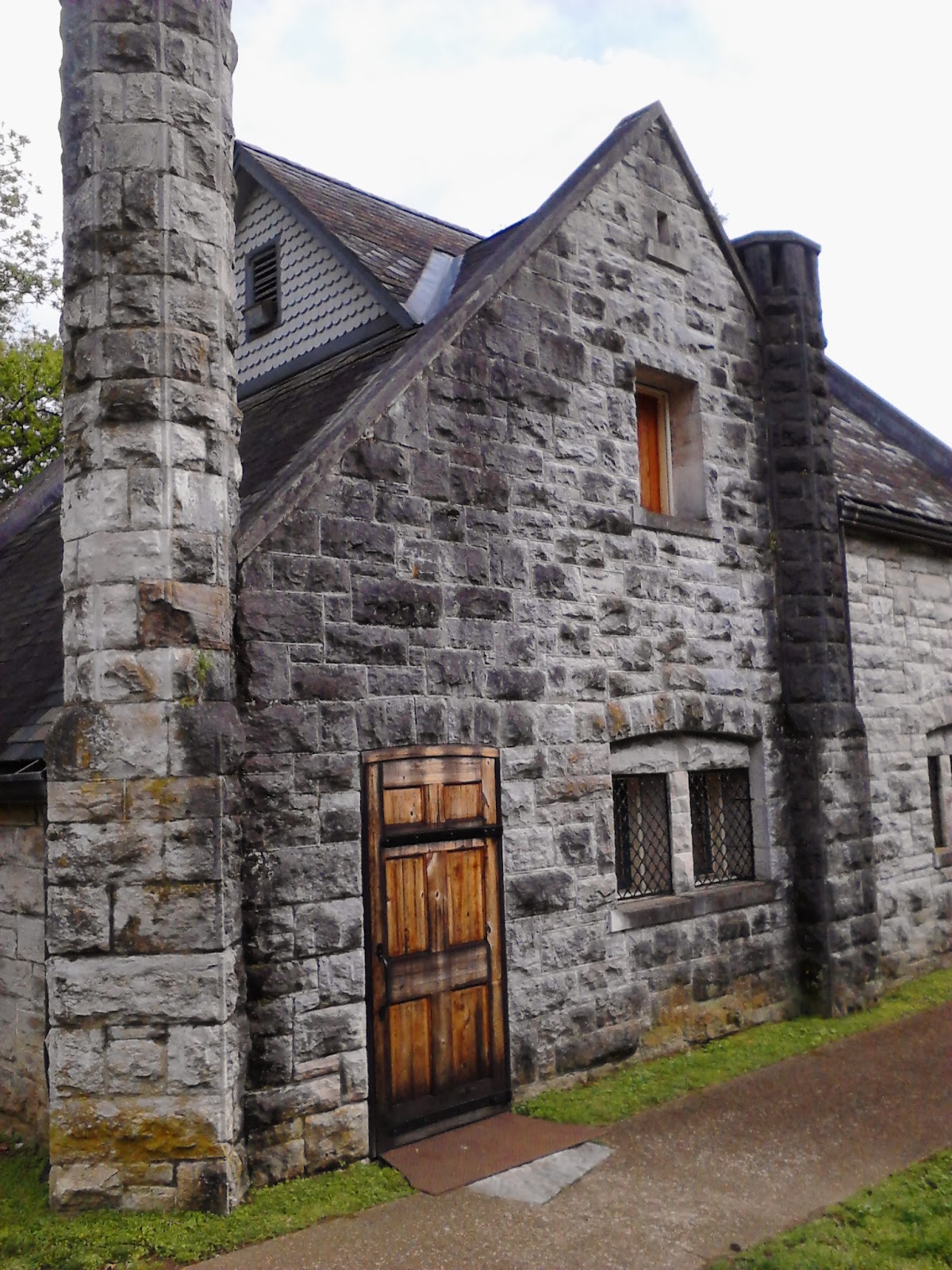 There is, of course, a ton more to see and do in Nashville. The next time we are in the area I’ll be looking up my cousin Tom who has lived there for many years and can provide me with the insider scoop so we can be “in-the-know”. Hopefully, when we do go back, nicer weather will help prompt us to explore even further.

Sounds like a great place…..my grandma used to make Fried Green Tomatoes too plus it is one of my very favorite movies…. love this blog!