Originally we hadn’t planned on staying in Benson Arizona as long as we did, especially since it was below freezing, but when we checked the weather for all points beyond we found that we were actually in the warmest spot along the route.

Trying to fill our days with adventure (and to take our minds off of the cold) we decided to go to the little town of Willcox. Willcox is not only home to the Rex Allen Museum (I know, I know…how on Earth could we pass that up??? And who exactly is Rex Allen?!) but the Sand Hill Cranes also makes it their home in the winter. And we just happened to be in the area for Wings Over Willcox, a huge nature and birding festival.

Now, don’t get me wrong…I like singing cowboys AND I like birds. But I wouldn’t call myself an avid fan of either. However, if you ever get to visit Benson you too will be looking for pretty much anything to do for entertainment. Actually, the Rex Allen Museum was quite nice and our host made it even more special. He’s about as old as Rex would be if he were still alive and he’s got all kinds of interesting “true” stories that you won’t find in any newspaper or on the Internet. He will happily tell you exactly how ol Rex really died and how he came about these facts, you won’t even have to ask!

Wings Over Willcox ended up being awesome…well, unless you count the fact that we drive about 100 miles on the “tour” and never saw a single Sand Hill Crane. I was hoping for fields of these beauties, the sun low in the sky to add dramatic lighting as I snapped pictures worthy of National Geographic Honors. Reflecting back, I think we may have only seen about 8 birds of any sort…in total. It was kinda weird. Perhaps it was so cold that they migrated further south in search for sunshine and drinks with umbrellas?

We did have a nice surprise though when we stopped by the auditorium which housed the information booth and crafts for the bird festival. A rescue organization had several birds of prey on display including an adorable Kestrel (he was such a ham), several types of owls, a Red Tailed Hawk and a young Bald Eagle. It was pretty amazing to be standing no more than 3 feet from these beauties. It completely made up for the bird-less driving tour.

Another day we decided to drive out to Chiricahua National Monument even though neither of us had ever heard of it. Well, let me tell you…it is worth the drive, even if you are doing so with the gas gauge on E and the red ‘low fuel’ light burning a hole in your retinas as you all of a sudden find religion and pray to God that you don’t get stranded in this desolate wilderness. But I digress. 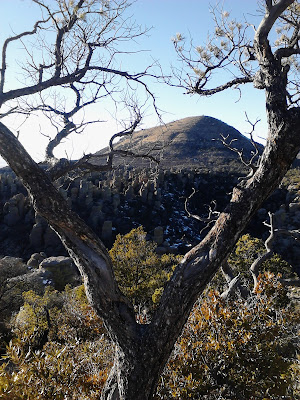 Chiricahua is an amazing place that is hard to describe. It’s called the Wonderland of Rocks and if you ever get to go you’ll understand why. It’s not very big (just under 12,000 acres) in comparison to parks like Death Valley and Yosemite but every bit of it is spectacular. Even though we read the information booklet my mind still can’t comprehend how those rocks got shaped like they are…you really just have to see it to believe it. 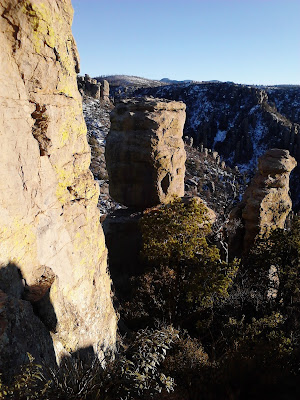 We also made the drive out to Fort Huachuca which was established during the Indian Wars. In 1913 it became the home of the 10th Cavalry (aka The Buffalo Soldiers) and, although it is still an active Army post, it became a National Landmark in 1976. The post is open to visitors and houses several museums honoring the Buffalo Soldiers and those who served throughout the years. Personally, I think it’s a beautiful place to visit and very rich in American History. 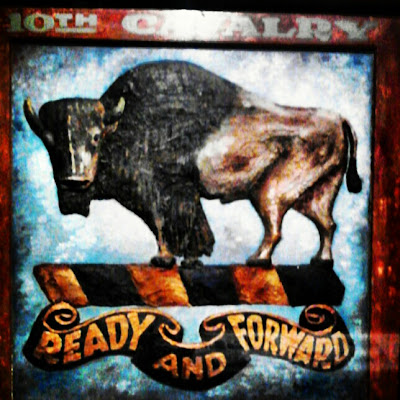 There’s plenty to do in the area although it is all quite a drive from either Tucson or Benson. Kartchner Caverns is one attraction we didn’t see but were told is simply amazing and there are some incredible hikes to places like the Cochise Stronghold…it was just a bit too cold for us to venture out that far. Amerind Museum is also a great stop with the finest display of artifacts of the Native American people from Alaska to South America. Bisbee also has tours of the Queen Mine which is supposed to be spectacular. I’m glad we will still have new things to see when we pass through again one day.