The Mutiny Goes to Bodega Bay 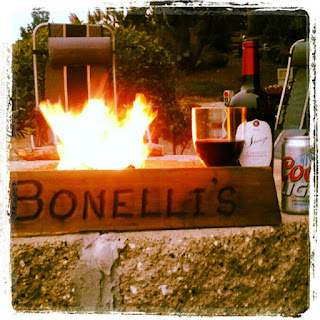 The Mutiny officially launched a week ago today, on October 3, 2012. We motored over to Bodega Bay, only about 150 miles NW of our starting point, for 3 days…the main reason being to spend a couple of days with Clark’s son and daughter-in-law (in Sebastopol). Although we had full hook ups at our marina destination (Porto Bodega RV Park) we were pretty much without cell and Internet service the entire time. After a few hours of freaking out it turned out to be pretty nice to unplug.

Bodega Bay is wonderful destination to really get away from the world (especially since we had no “connection”) but still has all of the comforts one could need…great coffee {no Starbucks here}, wine tasting, chartered fishing trips, beaches, golf, spas and a nice selection of restaurants. It’s also very artsy.

On Friday Clark went golfing at Northwood Golf Course in Monte Rio while I spent most of the day sightseeing. I drove to Bodega (where the school house and church from the movie The Birds is located), Freestone (where I got the best sticky bun loaf and aged goat cheese bread at Wild Flour Bread) and then on to Occidental via the Bohemian Highway.

My favorite stop was in Jenner where I sat and enjoyed a Vanilla Latte with Almond Milk at Cafe Aquatica. Their strong (but not bitter) espresso was served in compostible cups which was best enjoyed outside in an Adirondack chair overlooking the junction of the Russian River and Pacific Ocean.

I finished out my drive passing through several beaches which are part of the Sonoma Coast Beaches. The colors at Duncan’s Cove reminded me of the beauty of fall and I couldn’t pass up stopping here to say hello to the greeter.

I ended up at Gourmet au Bay for some wine tasting. Now, this isn’t your ordinary wine bar…all of the wines offered have to meet at least one of these criteria: 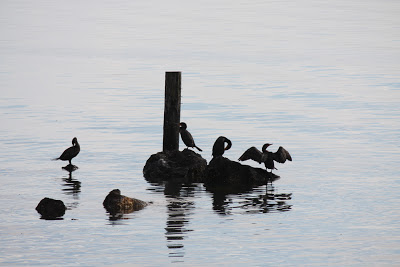 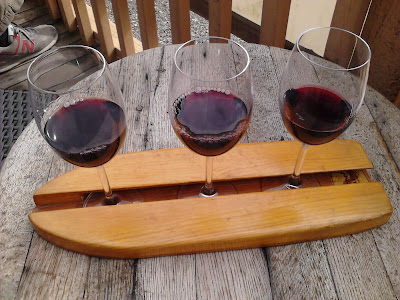 Enjoy a flight of red, white or even mixed featured wines {served on a cute surfboard tray} out on the back patio. As I sat there soaking up the late afternoon sun a few harbor seals swam by at a leisurely pace and a flock of birds preened themselves nearby. The perfect setting for a nice afternoon of relaxation.
While in Bodega Bay we were fortunate enough to have lunch with Clark’s sister, Sami, who recommend Nick’s Cove in Marshall. One thing I love about Nick’s is that they have a selection of signature drinks (along with beer and wine)…and I’m a sucker for signature drinks. Also, I had read about this place in Weekend Sherpa who highly recommends heading straight to the Boat house to enjoy a drink and appetizers. As a matter of fact, there is a phone inside the shack that connects you to the main restaurant so you can order another round without getting up!
﻿
﻿
﻿
﻿ 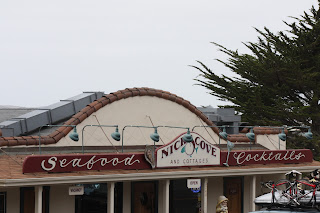 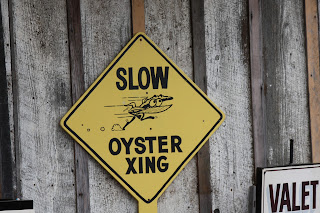 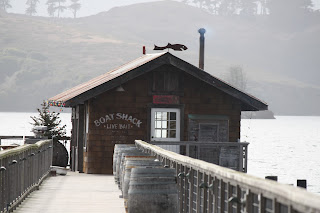 We had a fantastic 3 days in Bodega Bay. The Porto Bodega RV Park was clean, comfortable and in a great location. The staff was nice and helpful and suggested some off-the-beaten-path places to eat. Every morning and afternoon we enjoyed a short bike ride to the docks to see the harbor seals and to watch the chartered boats bring back their loot. And there’s nothing like the distant sound of a fog horn to lull us to sleep.